The Music Center presents its first-ever international dance collaboration this month, the world premiere of BalletNow.

Some of the most prominent ballet stars in the world will visit Los Angeles this month, many for the first time, for a special engagement directed by American Ballet Theatre Principals Roberto Bolle and Herman Cornejo. The world premiere of BalletNow, to be presented as part of California’s acclaimed dance series “Glorya Kaufman Presents Dance at The Music Center”, will include three original performances that will boast an international ensemble of 18 major dancers from 12 countries.

This completely original collaboration will include stars of Europe and stars of Latin America, as well as the west coast farewell performance of ABT Principal Paloma Herrera. Many of the dancers have never performed in Southern California before, let alone together. BalletNow will feature both the classic and the contemporary and will comprise world, U.S. and west coast premieres. 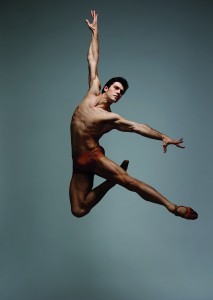 In anticipation of this star-studded, one-of-a-kind performance series, Dance Informa reached out to the directors themselves to see how they went about curating their individual programs.

Roberto Bolle, who still performs as a principal with Italy’s La Scala Ballet in addition to ABT, said his European program comprises dancers who he has “known for years” and for whom he has a “great professional and personal respect.”

“Many are principals with important European and American companies, and all have very high standards and the finest artistic quality,” Bolle said. “However, I went even deeper, choosing them especially for the repertoire they are able to perform, which is important to this engagement.”

“For my program, it was important to start with something historic and part of the Italian tradition – Excelsior – perhaps the only well-known Italian piece from the 19th century, and to end with a piece – the U.S. premiere of Passage – that looks to the future with both new choreography and digital effects,” he added.

Speaking on how he arranged his unique program, Herman Cornejo said, “Through this program, I want to give our audience a complete experience related to Latin-American culture, combining dance, music, style and passion that I believe will thrill and lift the spirits of everyone. The program will include classical, neoclassical and tango and other Latin-inspired dances.”

Cornejo—who like Bolle will dance in his own program—will present choreography by artists like Mauricio Wainrot and Vicente Nebrada, in addition to the greats like Balanchine and Marius Petipa. Colombian choreographer Carlos Molina, a former principal with Boston Ballet, will premiere his Carmen and present the west coast premiere of his pas de deux Spartacus. 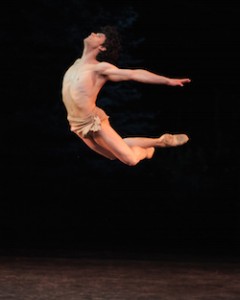 Herman Cornejo in ‘Diana and Acteon.’ Photo by Erin Baiano.

“In selecting the dancers, I wanted a cross-section of the best dancers of Latin American background on the dance scene today,” Cornejo said. “In curating the Latin American program, I wanted to show how they approach the pure classics, like Don Quixote and Sleeping Beauty, and also bring their cultural heritage to the program in pieces such as Tango y Yo and Carmen.”

When reading over all the chosen repertory, it becomes clear that this collaboration will be a momentous occasion and historic moment for American dance. “This gala performance will be a journey through the history of dance that has never happened before,” Bolle exclaimed.

Renae Williams Niles, vice president of programming for The Music Center, agrees. She points out that L.A. is an appropriate location for a performance series of this variety and caliber to take place because it is “one of the most international communities on the globe.”

“I thought this could be a way for L.A. audiences to discover and deepen their love of ballet from a geographical standpoint. Latin America and Europe continue to birth our most significant dance artists, and this is a wonderful way to illuminate that contribution,” she said.

Over the last decade, The Music Center has continued to heighten its role as a powerful commissioning force. The world premiere of BalletNow is another gem in the Center’s collection – perhaps the brightest thus far! I mean, where else can you see all these international ballet stars in one place? 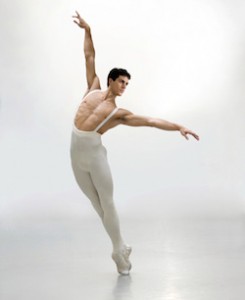 A few highlights to look forward to: Cornejo in the west coast premiere of his Tango y Yo, which premiered with Ballet Hispanico in New York in 2010; Bolle in the U.S. premiere of Marco Pelle’s Passage, set to music and video by Fabrizio Ferri, and in the west coast premiere of Prototype by Massimiliano Volpini, featuring original music by Piero Salvatori and stunning digital effects by Xchanges Visual effects; and ABT Principal Paloma Herrera in her west coast farewell performance on July 11, including the pas de deux Verano Porteño by Mauricio Wainrot and the pas de deux Nuestros Valses by Vicente Nebrada.

For more information, or to book tickets, visit musiccenter.org/balletnow.