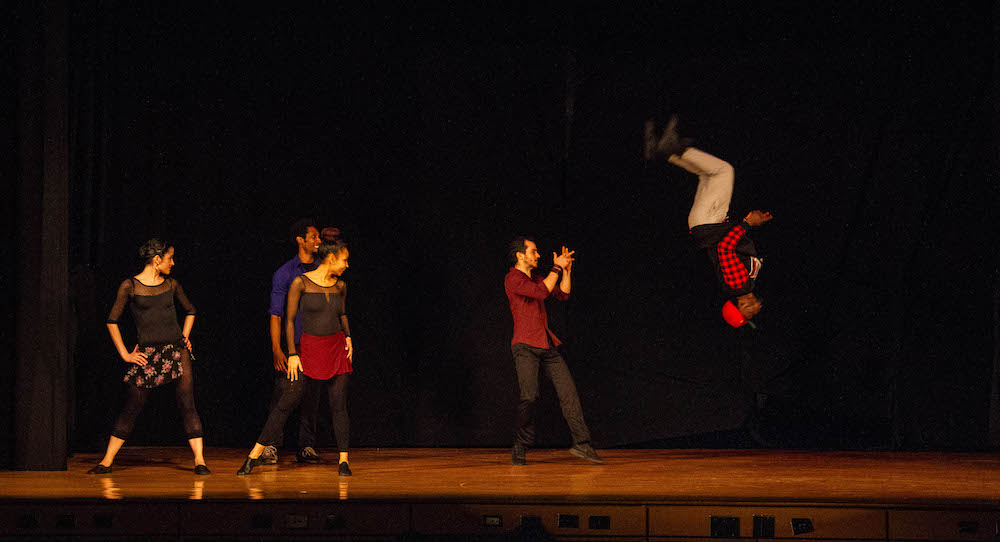 Have you ever seen a child’s face light up, and know that they’re inspired? It’s quite a feeling. Socioeconomic challenges and cultural attitudes impede many youth from accessing the arts. Yet exposure to the arts creates lifelong appreciation for artistic endeavors, furthers educational aims and enhances whole-person development. In truth, that’s true at any age, but why not start young? Accent Dance NYC brings dance performances, participatory lectures and classes to youth in schools, as well as to those of all ages through community-based events, in the Bronx and other areas of New York City and neighboring communities. 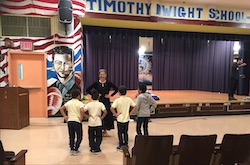 Dance Informa speaks with Accent Dance Artistic Director Andrea Ziegelman to learn more about the organization and its impact. It all began as a bolstering of Ziegelman’s parents’ Detroit-based philanthropic organization, the Erwin and Isabelle Ziegelman Foundation (mainly benefiting the arts). Ziegelman was taking ballet class with Elisa Toro Franky, in her hometown of Pelham, and her love for dance deepened. Conversations around increasing access to dance and culture began with Ziegelman, Toro Franky and their dance community.

For her “day job”, Ziegelman is a family and youth advocacy lawyer. Following those conversations, she decided to further her passion for youth wellness and empowerment by putting her parents’ philanthropic organization into expanded action — bringing exposure to the arts into schools within underserved communities. Thus, in 2018, Accent Dance NYC was born. Thus far, the company “has reached over 1,000 Bronx school-aged children across 10 schools and arts education organizations and seeks to not only educate the youth in dance but also to use its unique power of expression to celebrate diversity, unify cultures and community,” the company shares in a press release. It also performs at community-based events, for all ages and types of audience members.

At schools, the company offers a few different services. One is a one-hour lecture/demonstration, including a performance and participatory lecture. The company performs culturally-based dance forms including, tango, salsa, hip hop and classical ballet. In the lecture, they share the cultural and historical evolution of the cultural dance form at hand, and then lead a portion involving the children in the movement. Accent Dance offers these lecture/demonstrations free of charge. The hope is that the school in question will be interested enough in what the company has to offer to commit to what Ziegelman calls a “dance residency” — the company coming in to teach regular classes at the school. So far, the company has done these residencies in the Bronx and is starting as well in Westchester. The teaching within the residencies follows various dance models, including the Blueprint Dance model, used throughout schools in New York City. This latter model involves challenging students to make movement vocabulary and phrases of their own — using a poem to inspire movement, for instance. 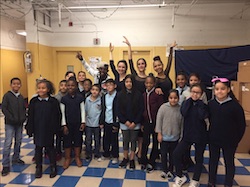 Ziegelman explains how these classes begin with a warm-up, to begin to familiarize the students with how their body moves and to reduce any likelihood of physical injury. Moving into group and smaller-group sections of the class, Accent Dance teaches with “an understanding that most students in these schools don’t have formal dance training, so we lead them in a careful and anatomically safe way,” Ziegelman says. Dance based in these students’ cultures, such as Latin dance forms and hip hop, can also help them to relate and stay engaged, she explains. “We have fun talking about how the dance comes from these kids’ cultures, and learning about their cultures. We can elevate their pride by showing them that they’re part of these cultures, that the dancing is something they’re part of!” Ziegelman underscores the importance of teaching artists staying with students for an extended period of time, ideally for multiple schools years, to truly build and recognize growth (the latter toward goals such as refining teaching methodology).

Ziegelman concedes that funding can be an issue for schools, yet Accent Dance seeks to make what they offer as “affordable as possible.” She describes how openness to dance residencies can depend upon who the administrator at any particular school is. “We can’t be in every school, but we can advocate for exposure to the arts for all children, not just those living in wealthy areas,” Ziegelman believes. Her hope is for Accent Dance to be a catalyst for that result, for the arts to be part of every child’s education. One step to that, which she feels the company’s work can spur, is increased private and governmental (local, state and federal) support for arts education. She hopes to be able to grow the company and its work — hiring more teaching artists, going into more schools and engaging New York City’s large philanthropic network.

Do we know that art education works? In other words, can schools know that they’re making a smart investment in the kind of thing Accent Dance offers? Ziegelman says that she believes that the company’s offerings “supplement the children’s education by helping to build cognitive skills — to think creatively and critically, to communicate and collaborate through the group work that we do.” She describes the notable body of research demonstrating the significant benefits of arts education — in educational, social, physical, and various other kinds of developmental metrics for youth. Even Hillary Clinton cited one of these studies in a March 2011 speech, Ziegelman notes. The study, “Benefits of Dance Education in a Middle School” [authors], demonstrated that students who had access to dance education scored higher on SAT scores years later. 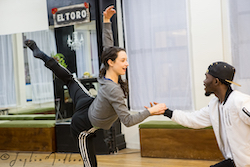 In less empirical evidence, Ziegelman recounts special moments that illustrate the impact of Accent Dance’s offerings on students they reach. As one, one young girl in a underserved school (with many students from immigrant families and others without stable home situations) asked Toro Franky, “When you dance together, do you feel like a family?” A young boy in another school wanted to engage in a participatory lecture so that he could face his fear of performing in front of others. Another child had just been bullied, and dancing with the Accent Dance teaching artists lifted her mood. “Every time we engage with these children, they say something thought-provoking or deep,” Ziegelman asserts.

Accent Dance also shares its culturally-based dance with larger communities outside of schools. For instance, the group has performed at the Poe Visitor Center and will be performing on June 15, at the Bronx Music Heritage Center. At the former, those attending also built a dance from Edgar Allen Poe’s poem, The Bells. Ziegelman shares how the company has created a piece that illustrates the evolution of tango, with movement of tango/jazz fusion. The company is also a living embodiment of diversity, as its dancers come from many different countries and many different cultures. Lucia Jackson, one dancer in the company, is also a musician, and they’ve created a piece set to one of the songs from her recent album. “We bring art to everyone we can,” Ziegelman says. “We bring joy, spread multiculturalism, and we do all that we can for kids.”