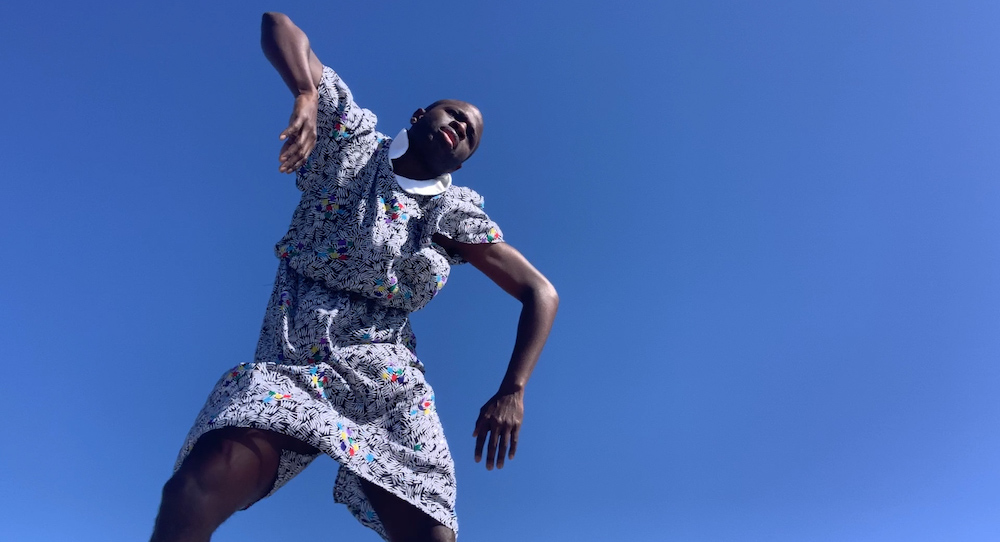 Throwing glitter and authentic self-expression are two specialties of Donald C. Shorter Jr. and his drag persona, Francesca. Whether as a dancer, choreographer, singer, actor, director, videographer or drag artist, Shorter uses his distinct voice to advocate for the LGBTQ+ community. 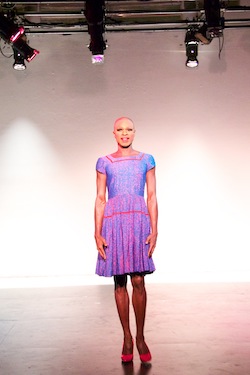 The former Bill T. Jones/Arnie Zane Company principal and Broadway dancer has appeared in numerous LGBTQ+ pride campaigns and co-hosted season two of First Person, a PBS documentary series that examines gender, sexuality and other related issues through personal narratives. Thus, it comes as no surprise that his one-woman show, GENDEROSITY, explores gender identity, gender expression and self-acceptance through his experience as a black gay gender non-conforming man.

GENDEROSITY centers around Shorter’s drag transformation processes. As he works his magic at a vanity, the video clips that inspire him as a drag artist play behind him. Periodically, gestures that evolve into full-bodied movement juxtaposing traditional notions of masculine and feminine interrupt the metamorphosis. For example, one section references Martha Graham’s Lamentation, while the words of Judith Butler, a prominent gender philosopher, fill the theater. Other times, Shorter pauses to deliver painfully honest monologues about his life, such as fleeing through a subway tunnel— persecuted because he was in drag. Another section features a campy drag number. Live singing and lip syncing also enrich the work, making it truly a multimedia experience.

Needless to say, vulnerability characterizes GENDEROSITY. “The show is a personal statement,” Shorter says. He explains that one monologue tells the story of the first time he was caught in drag and that another describes being broken up with because of his drag. According to Shorter, exposing the many facets of his identity that he constantly interchanges is an act of sharing, of giving himself to the audience. Hence, the title of the show, GENDEROSITY, which he reveals is a “play on the word ‘generosity’.”

The show stems from what Shorter sees as a lack of honest visibility surrounding gender non-conformists. “I didn’t see myself represented on stage,” he says, adding that parts of his identity were represented but that they were “compartmentalized.” Shorter divulges that just before creating GENDEROSITY, he was performing in the Broadway show, La Cage aux Folles, which prominently features a chorus of drag queens. He explains that while the show includes “gender different characters,” they do not have back stories, and the roles are heavily “performative” and “comedic”, adding, “I felt that moments of truth were glossed over.” Shortly after, he began collaborating with a visual artist in Paris. In the performance installation, he would expose his entire drag transformation. Eventually, he started incorporating video and gestural phrases. After one show, he remembers two young men telling him about their experience being looked down upon for dressing in drag. “They essentially thanked me for sharing my experience and giving representation to their community,” Shorter recalls. These experiences acted as the catalyst for GENDEROSITY, which has since then been performed in New York City, multiple universities and Provincetown, Massachusetts. 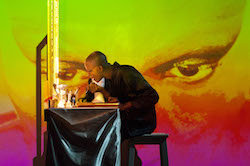 Shorter shares that his goal for this work is to “inspire empathy” by allowing the audience “to walk a mile in her heels so to speak.” He hopes the show challenges the audience to “think differently about people who are different…and reflect on how they treat them.”

So far, audiences have been more than accepting. The first time Shorter performed GENDEROSITY, he recalls that the audience included peers from the concert dance circle, Broadway world, drag community and nightclub scene from New York City. “Each group had their own expectations,” he muses. “People were blown away by the honesty, and many related.” He received similar responses when he performed the show for students at universities. “The students connected to it; it empowered them,” he says. Even in Provincetown, a vacation spot where tourists seek entertainment and likely expect to see a cabaret act like that of legend Lady Bunny, the audience still loved it. In fact, Shorter says that one of the founders of TEDx Provincetown asked if he would return to give a TED Talk on the topics addressed in the show.

As an LGBTQ+ advocate, Shorter’s work extends beyond GENDEROSITY. His body of choreographic works uses post-modern movement and thoughtful costuming to transcend gender even as he explores subjects such as belonging, nature and technology. His video production company, Glitterazi Productions, gives visibility to the to the drag community or for those who want to “sparkle,” including drag queen Sasha Velour and vogue icon Leiomy Maldonado. In 2018, his work with “First Person” helped earn the show two Emmy nominations. Most recently, he performed a solo at the Contemporary Arts Museum Houston in honor of the exhibit “Stonewall 50,” which commemorates the 50th anniversary of the historic protests that spurred a national movement for LGBTQ+ rights. 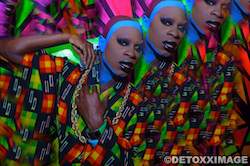 “My experience coming up lent itself to activism,” says Shorter. He explains that there was no representation for people who were gender different. According to Shorter, the arts provided a safe and supportive environment where he saw some degree of representation; however, because of the commercial nature of the theater world, he felt required to fit into a box. “Your otherness is erased,” he explains. Later, while dancing for Bill T. Jones, Shorter recalls that Jones pushed the company to investigate how to use dance to express their unique experience and how to use dance to connect to the world. These questions stuck with Shorter, influencing his artistry and further contributing to his quest for LGBTQ+ representation.

Inspired by his gender non-conforming role models (Little Richard, Boy George, Lavern Cox and Marsha P. Johnson to name a few of the many), he encourages young LGBTQ+ artists to band together, look for non-traditional performance spaces and “make their own opportunities.” “Keep doing what you want to do,” he advises. With a laugh, he adds, “Don’t wait on anyone to write your story, ’cause Broadway ain’t gonna call!”