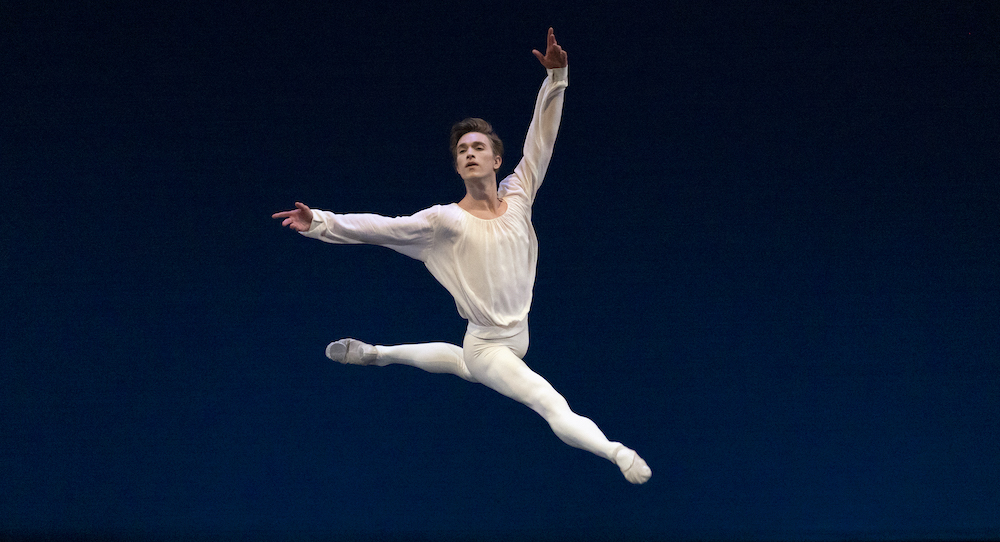 New York City Ballet (NYCB) has announced the promotion of three of the Company’s soloists. Harrison Ball, Jovani Furlan and Peter Walker have all been promoted to principal dancer. The Company recently closed its 2022 Winter Season on February 27, and will return for a six-week spring season from April 19 to May 29, at the David H. Koch Theater at Lincoln Center.

Harrison Ball was born in Houston, Texas, and began his dance training at the age of four at The Charleston Ballet Theatre in South Carolina. Ball began studying at the School of American Ballet (SAB), the official school of NYCB, during the 2007 summer course and enrolled as a full-time student that fall. In June 2011, he became an apprentice with NYCB, and in July 2012, he joined the Company as a member of the corps de ballet. He was promoted to soloist in February 2017. His repertory at NYCB includes leading roles in works by George Balanchine, Mauro Bigonzetti, William Forsythe, Peter Martins, Justin Peck, Alexei Ratmansky, Jerome Robbins, Jamar Roberts, Troy Schumacher and Christopher Wheeldon. He has also originated featured roles in works by Sidra Bell, Robert Binet and Gianna Reisen. He was the 2013-14 Janice Levin Award honoree and a recipient of the Mae L. Wien Award in 2011.

Jovani Furlan was born in Joinville, Brazil, and started dancing at the age of 11 at The Bolshoi Theater School in Brazil. Furlan began his training at the Miami City Ballet School in 2011, and joined Miami City Ballet (MCB) in 2012. He was promoted to soloist there in 2015, and was named an MCB principal dancer in 2017. At MCB, his repertory of featured roles included works by George Balanchine, Richard Alston, John Cranko, Peter Martins, Justin Peck, Alexei Ratmansky, Jerome Robbins, Liam Scarlett, Paul Taylor, Twyla Tharp and Christopher Wheeldon. He joined NYCB as a soloist in August 2019, and has since performed featured roles in works by Balanchine, Robbins, Edwaard Liang, Martins, Ratmansky and Wheeldon. At NYCB, he has also originated featured roles works by Peck and Jamar Roberts.

Peter Walker is from Fort Myers, Florida, where he began his early dance training at the Gulfshore Ballet. Walker began studying at SAB during the 2006 and 2007 summer courses and enrolled as a full-time student in the winter of 2007. In spring 2011, Walker became an apprentice with NYCB and joined the Company as a member of the corps de ballet in fall 2012. He was promoted to soloist in October 2018. Since joining NYCB, Walker has performed featured roles in works by George Balanchine, Mauro Bigonzetti, August Bournonville, Peter Martins, Justin Peck, Alexei Ratmansky, Jerome Robbins and Christopher Wheeldon. He has also originated featured roles in works by Kyle Abraham, Sidra Bell, Edwaard Liang, Peck and Jamar Roberts. As a choreographer, his first work for the Company, ten in seven, premiered at NYCB’s Fall 2016 Gala, and his second work, dance odyssey, premiered at the annual New Combinations Evening during the 2018 Winter Season. Walker was a recipient of the Mae L. Wien Award for Outstanding Promise in 2011.