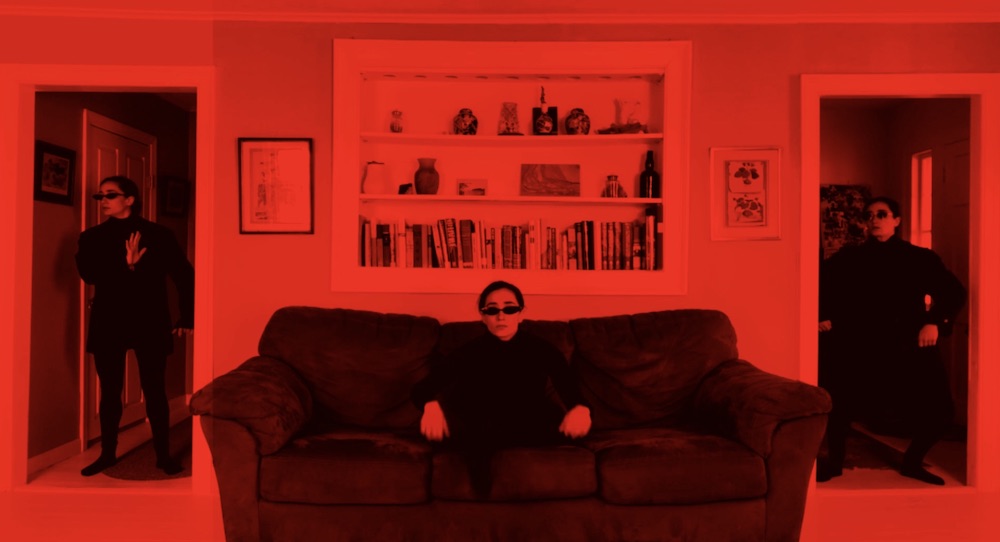 “Less is more” is an old maxim in art (and in life); humans only have so much sensory, mental and emotional bandwidth, and being intentional about use of that bandwidth most often makes the most enjoyable and meaningful art. In 2020, in the midst of a global pandemic, two forces in particular make this idea even more important. For one, a barrage of digital content combined with incredible uncertainty about the direction of our very life can feel overwhelming. For two, at the same time, wise voices are reminding us that this can be a time to slow down, reflect and re-evaluate what we want in our life and what’s most important to us.

What does all of that mean for dance? With the sad and sometimes frustrating challenge of not being able to connect to perform and to take in dance in large communities, dance artists have been getting creative about where, what and how they present work. As we explore new terrain about what our art form looks and feels like, “less is more” seems key. Pizarts’ dance film, Red Between the Lines, under the Creative Direction of Zoe Rappaport, exemplifies this approach through a simple and clear theme (the very evocative color of red), a short presentation in a clear structure, and making the best of confined spaces.

A post-show talk added extra context to each of the six presenting artists’ one-minute dance films — why their approach interests them, how it evolved, what the creative process was like and more. The work was to take place on stage at the Ailey Citigroup Theater this past June, but had to be postponed indefinitely due to COVID. The six artists all agreed to create a one-minute dance film in lieu of a proscenium performance, which they shot during the height of the pandemic. Opening slides of the film, in a visually attention-grabbing design of a red background and white letters, shares this background context.

Darrell “Friidom” Dunn’s Message begins with Dunn sitting, cross-legged, his mental and physical focus palpable. The bright red of his shirt, against a darkened backdrop, has a similar intensity. Likely the result of careful filtering and other film editing methods, it is clear and impactful. We hear low tones and a deep female voice in the score, and Dunn begins moving his hands with control and dexterity. They move out and then in, gesturing. Images such as ladders and two entities meeting are decipherable and fascinating.

Dunn comes to move his hands in a circular formation as if holding a ball — even a ball of energy — in his hands. His focus and intensity remains captivating. The words of the voiceover add an element of mystery, even shock — the woman is describing the end of mankind and the need to join forces to act. It feels like something out of science fiction (she references “astronomers” with an ability to make predictions about human civilization, for example).

The red of the film’s theme is quite fitting here; it’s a color of alarm and warning (stop lights, sirens, lights of alarm systems). Continuing with evocative gestures, he makes little motions such as two fingers moving on top of his hand to convey action. The dexterousness and facility of his hands, the mystery in the air and the visual intrigue has a lot of richness happening in one minute. Toward the end, his red shirt fades to black. He brings his hands through a prayer position and finally downward out of the camera angle as he bows his head. It is as if he has delivered this crucial warning and urging to unite in action, and now it is finished.

At a time that can feel like chaos, a form of catharsis can be hearing about a struggle in some world, some other time, of fantasy and imagination. How much does that apply to now? How much do we need to unite in order to avoid the collapse of civil society? That remains a question for the viewer. The last moments of the film seem to call the viewer to, at minimum, take the action of reflection; whereas he gazes at his moving hands since the beginning, here he looks right out to the viewer as the camera pans away.

Linda Mason’s Rebirth has voices overlaying two dancers painting themselves in red and moving. Mystery feels thick in the air. A base of red paint soon has white over the area of the eyes (covering temples, eyebrows and part of the nose). There’s a barely audible quality of the voices, which adds to the mystery. Phrases that I can decipher like “if we had to stay home for a month” and “I had a dry cough” ground the mystery in the time of COVID. Other sounds, such as a guitar and a church organ, add to the cacophony.

And then it hits me — cacophony is what is happening here. In a time of millions of voices across news networks, publications and social media, all of the voices at once can sure feel like cacophony. Asserting one’s voice about issues that affect us all is important and meaningful, but the experience of everyone doing that at once can certainly feel like a lot. It can make you want to throw away your devices and run into nature, and maybe even paint yourself with vibrant colors in an act of raw, fiery creative energy — like the dancers here are doing. On a technical level, the work also reminds me of how with film and supportive technologies, what dance can be is more limitless than ever. Aesthetically, it is not my favorite approach to experience, but the meaning is potent.

Dolly Sfeir’s Multiple Personalities comes next. It has a classic feel to it and postmodern elements at the same time, an old-school physical theater feel and ’50s-style music meet modern adaptations. In the show’s theme, a red filter overlays Sfeir. At the same time, her bounce-like movement brings a pinch of zaniness. Then one woman becomes three, all the same: one at the door, one on the couch, one in the kitchen. This choice makes me think of when we say “a part of me (feels, thinks, et cetera)”; there can be competing forces in our mind and body. With a dynamic approach, Sfeir’s piece brings food for thought, aesthetic pleasure and simply fun.

Damani Pompey’s Imposter has an overhead camera, with the red filter of some of the pieces. We see dancer Kar’mel Small moving in a confined space, as much as that’s possible. Reaching high, bending over, turning, there’s a sense this confined place is a private hell. A sink and various personal items give it the feel of a living space, if a somewhat plain and unadorned one. I can imagine the monotony of this place being daily experience and existence.

The score is slightly atonal electronic tones. That, along with the bound, tense quality of Small’s movement, gives the work a horror film feel. During this time of COVID, while we’re all spending so much time in the confinement of our home, the film sure is relatable and relevant.

Martina “Android” Heimann’s Distraction comes next. She wears white, overlaid with the show’s red filter. Her long hair is half-up, bringing a feeling of glamour. The camera angle shifts to overhead as she spins. There’s a girlish joy present, one that can appear in the lives of even women in their 30s or 40s — ideally so!

She rolls her body, viewing herself in the mirror, backing up against her door. We see her pointe shoes, one toe glamorously popped. Those moments — maybe before a date, maybe on a night of just feeling confident — are part of some women’s lives, and could be part of every woman’s life if our social structures and values supported that. Yet her space is also small, which attests to the resilience and joy that some can find even within confinement.

Rappaport’s Art vs Madness is the final piece. The camera films her from overhead, moving from laying down and standing. It seems to be a creative’s space, with painted paper and other artistic materials lying around. Sometimes jerky, sometimes fluid, her movement seems to be expressing many different emotions and physical experiences. Her arms, doing much of the movement, become the focal point of energy in the space. The score, a sort of slow and soulful R&B song, has depth but also somehow a sense of lightness and hope.

It’s a lovely feeling to end the film with. Rappaport’s work feels like a foil to Pompey’s; even small spaces can hold joy, imagination and creativity. Deepening that sense, as the film ends white text across a red backdrop states “only our physical space may be limited // the imagination is and always will be boundless”. In this time, it’s an important, empowering and true message for the dance world and far beyond it.

The song that accompanies Rappaport continues as the credits roll, continuing to share lightness and hope. It’s something we can remember far beyond viewing this six-minute film — and be stronger, more imaginative and more joyful because of that. Six minutes and a clear, focused theme can create that. Less can indeed be so much more.

Check out the live stream and post-show discussion here.