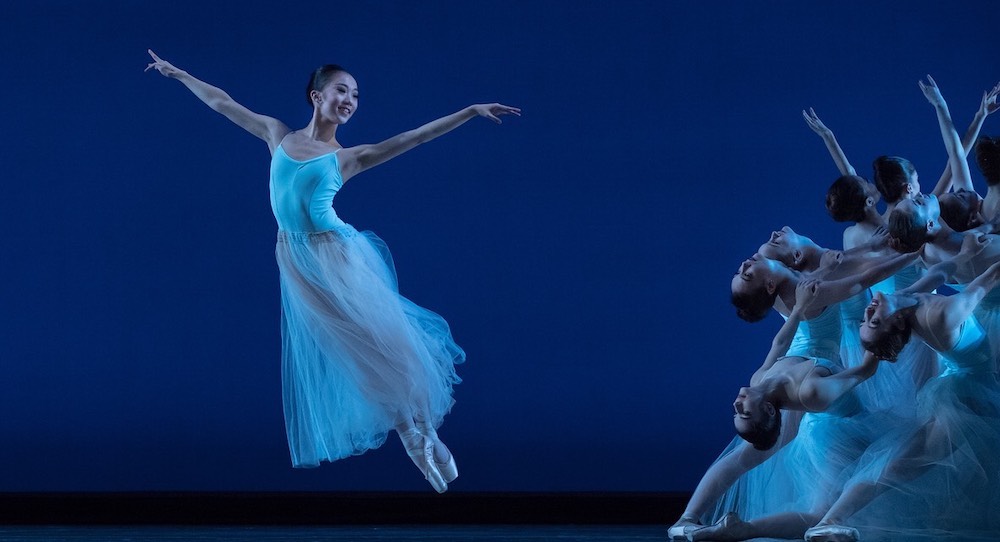 In the late spring of 2019, one Boston Ballet dancer after another gave their final bow with the company (some from the stage permanently). Mikko Nissinen, Boston Ballet’s artistic director, shares that this sort of generational shift does happen from time to time. He notes how fans of the company have shared their sadness to see these long-time Boston Ballet dancers go. “But you’ll have a new opportunity to fall in love,” he says that he’s told them.

Indeed, Boston Ballet is welcoming 12 new dancers into the main company and 11 dancers into Boston Ballet II (BBII). Nissinen notes how BBII dancers stay in the second company for a maximum of two seasons. “I am thrilled to welcome these talented and diverse new dancers to our company,” he says. “There are plenty of opportunities during Boston Ballet’s exciting and versatile 56th season, which features an array of classical and contemporary works, for audiences to become enamored with our newest members.”

Boston Ballet shares that with these new dancers, the company represents 11 nationalities. Dancers hail from Armenia, Australia, Brazil, China, England, France, Georgia, Russia, South Korea, Spain and the United States. Thirty-six percent of company dancers are former BBII dancers, and 25 percent are Boston Ballet School alumni. In addition to Nissinen, Dance Informa speaks with two dancers new to the company this year — Chisako Oga, second soloist; and Tigran Mkrtchyan, soloist — at the beginning of their third week with the company.

Oga danced at the San Francisco Ballet School after the Prix de Lausanne granted her a scholarship to study there. She later joined the school’s company and then moved on to dance in Cincinnati Ballet, eventually as a principal. She wanted to keep pushing herself, however, rather than stay stagnant. For her, that meant dancing for a bigger company with a bigger and more diverse repertory. “I really enjoyed my time in Cincinnati, but I had to ask myself, ‘What’s the next step?'” Oga explains.

At the recommendation of a few friends and colleagues, she auditioned for Boston Ballet. Nissinen offered her a second soloist position on the spot. “I’d heard stories of [Nissinen] offering principals at other companies spots as artists, so in a way I knew that could happen, but I was still pleasantly shocked,” she says. Nissinen shares that he wishes he could see the full potential of an artist in an audition, but he does his best by following instinct and “hop[ing that] I got it right.”

Nissinen says that he looks for a dancer’s “fire”, their drive, as well as an ability to show their humanity in their dancing. He also seeks to have dancers “so strong and balanced that they can be vulnerable,” he explains. It’s also important to him to foster a team atmosphere, right from the start with new dancers. That’s something Oga already noticed — along with professionalism and a rigorous work ethic. “I’ve felt very welcome,” she shares. “No matter how long you’ve been there, everyone is friendly,” she adds.

That’s something that Mkrtchyan also noted, a sincere and evident friendliness amongst the dancers and staff. He grew up dancing ballet and Latin ballroom dance in his native Armenia, before shifting to focus on ballet as a teenager. He studied at the Armenian School of Ballet before joining Zürich Ballet. Like Oga, he looked toward moving on to a bigger company, and at the recommendation of family and friends auditioned for Boston Ballet. He was looking for a blend of professionalism and friendliness, and he saw that in Boston’s ballet company. Thus far, he’s seen a connectedness within that friendliness joined with professionalism. “It can be easy to really focus on your work in this field, but everyone stays connected here,” he says.

Similar to Oga, Nissinen offered him a soloist position right at the audition. Mkrtchyan had been an artist at Zürich Ballet, so unlike for Oga, it was a step up the ranks for him. Yet she doesn’t mind, she says; she’s not focusing on that because of the diversity of new opportunities ahead. Both Oga and Mkrtchyan are excited to learn Boston Ballet’s diverse repertory, including classical works (such as Boston Ballet’s 2019-20 season opener Giselle), neoclassical works, and contemporary works from choreographers such as Jorma Elo (Boston Ballet’s resident choreographer), William Forsythe, and Jiří Kylián.

Diversity of programming is important to Nissinen because he believes that even though it’s challenging, ballet should grow and change with the society around it. “Ballet shouldn’t be a church but instead a living museum that reflects the current world,” he asserts.

Oga and Mkrtchyan recognize the diversity within the company itself, as well — in regards to ethnicity, race, training background and qualitative style as a dancer. It’s all part of what they look forward to engaging with as part of Boston Ballet’s company. When it comes to roles and shows, Oga is looking forward to dancing in Giselle; Swan Lake; In the Middle, Somewhat Elevated; and Serenade.

“Jumping into a new company can be nerve-wracking, but overall it’s been such a smooth transition,” she says. Mkrtchyan is also looking forward to Giselle, as well as Bella Figura, in addition to many other works in the repertory. He’s excited to get out there on stage and “give it all back to the audience,” he shares.