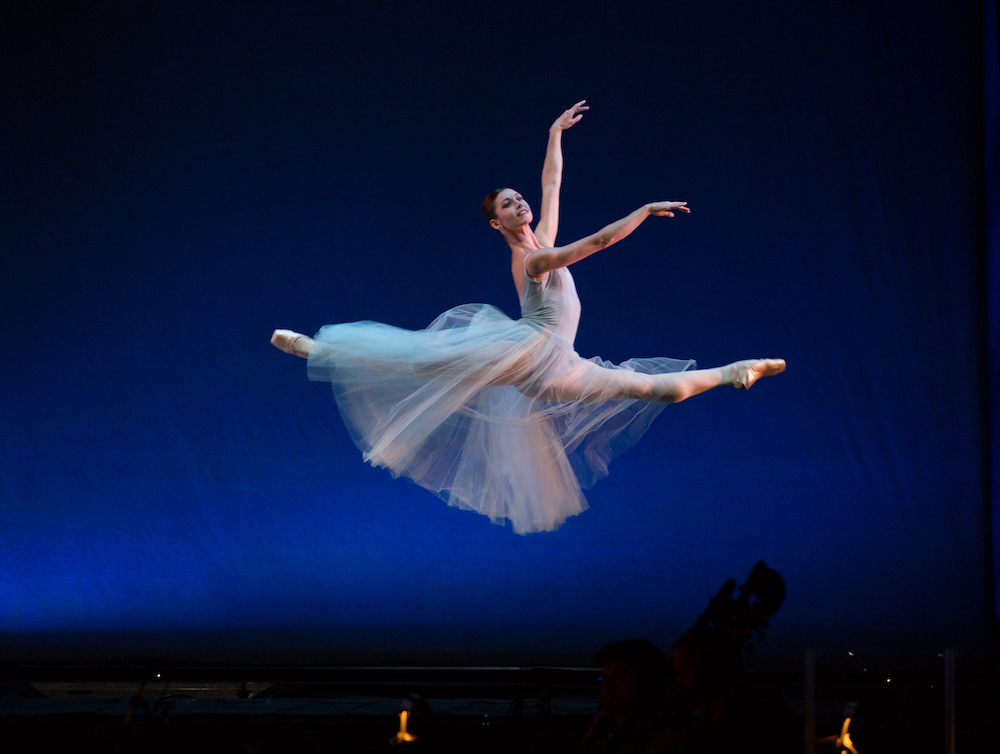 A career in classical ballet can feel incredibly all-encompassing — from rehearsing to class to cross-training and maintenance, the work is constant. Yet Kathleen Breen Combes, to her credit, has managed to maintain other interests and work in the ballet world. As her last bow with Boston Ballet approaches, after 16 years with the company and 10 years as principal, she looks forward to being able to deepen those things in her next chapter. 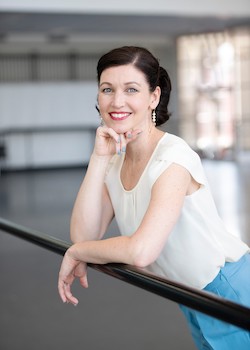 Breen Combes will be stepping into the role of executive director of Festival Ballet Providence, Rhode Island’s premier professional ballet company. Dance Informa speaks with her about her journey as a ballet artist up until now, that next chapter in her professional life and more. She’s had a sincere interest in versatility and diversity in ballet, and programming to achieve those ends. She’s also advocated for dancers’ rights and protections as a dancer representative in the American Guild of Musical Artists (AGMA). She’ll bring all this to bear in her new position, which excites her.

Even with this clarity of conviction, there’s still uncertainty for her; speaking also of dancers retiring in general, she says that “the scariest part of ending a career is the unknown.” Because professional ballet demands so much and becomes so engrossing in a dancer’s life, not having that can seem incredibly mysterious. “It’s not a normal job,” she asserts. “In what other job do you go home and have two hours of self-maintenance work to do?” 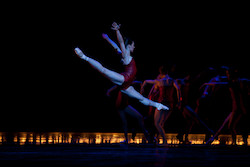 To its credit, Boston Ballet has invested resources in its dancers’ whole-person health. “[The company] has unparalleled health services for dancers, and they treat us like so much more than just machines on stage,” Breen Combes asserts. Dancers might very well then be in a notably better personal place when facing these types of transitions, she agrees.

Looking back, Breen Combes is “proud of the artist [she’s] become.” She describes having “grown up” at Boston Ballet — having her child and then returning to the stage, and growing as an artist through dancing an incredibly diverse body of work, she shares. She claims to have stayed with Boston Ballet for so long partly because of this “amazing repertoire”, through which it’s been like dancing “in many companies in one.” Her favorite ballets to dance have included Diamonds, Romeo and Juliet, William Forsythe works and Jorma Elo works.

Her connection with the company began young; while growing up in Pensacola, Florida, she trained with former Boston Ballet dancer Todd Allen and other Boston Ballet dancers in his network. She was soon training in Boston itself, in the Boston Ballet summer program. In her teens, she also trained at The HARID Conservatory and Central Pennsylvania Youth Ballet. Ready for a professional contract at 19 years old, she auditioned in New York City and was hired by The Washington Ballet. 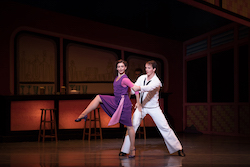 She describes Boston Ballet still being on her radar at this time, however. Three years later, in a stroke of “luck with timing,” she says, Boston Ballet hired her, along with a sizable group of dancers new to the company. The rest, we can say, is the history of her 16 years with the company. For this work, she’s been honored by her colleagues and beyond. “Kathleen has a commanding strength and sparkling presence that has brought brilliance and vitality to a wide range of repertoire,” says Boston Ballet Artistic Director Mikko Nissinen. “It has been a pleasure to watch her growth as an artist throughout her extensive dancing career.”

Boston Ballet shares that in 2012, Breen Combes was nominated for the prestigious Benois de la Danse Award for her portrayal of Juliet in John Cranko’s Romeo and Juliet and Titania in George Balanchine’s A Midsummer Night’s Dream. She was invited to dance at the Bolshoi Theatre and has danced in numerous international galas over the course of her career. The New York Times described her as a “ballerina of colossal scale and boldness.” Scale in her versatility and skillset on and off the stage, boldness in her readiness to step into those challenges — Breen Combes has shown it all. All signs point to that she’ll continue to bring that tenacity and multifaceted-nature after that final bow, in her next act of this dance we call life.