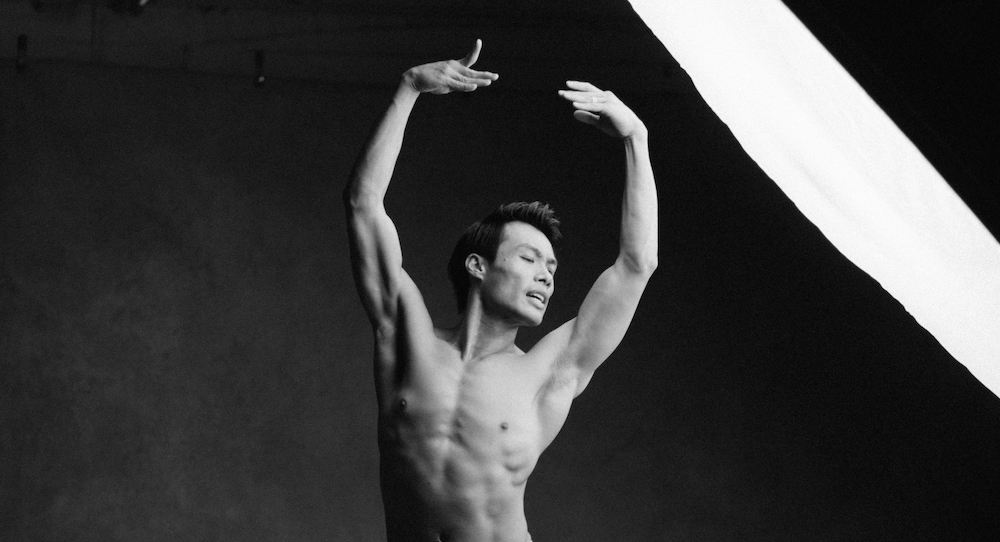 Boston Ballet Principal John Lam has danced leading roles in some of the most sought-after ballets – Prince Desire in The Sleeping Beauty, Oberon in A Midsummer Night’s Dream, the principal man in George Balanchine’s Rubies, Franz in Coppélia and many more. Lam proudly holds other titles as well – the first male Vietnamese American dancer to hold the principal position at Boston Ballet and a representative of the interracial LGBTQ community. 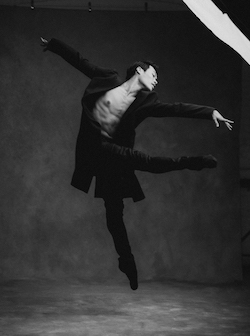 And now, this May 10-June 8, Lam will wow audiences in a new way, in his first drag role as the stepsister in Sir Frederick Ashton’s production of Cinderella. While the acting role may at first glance seem to be a more humorous one as compared to some of the more serious and classical works Lam has performed, there is actually more depth to the stepsister, and Lam is already finding the process to be an exciting challenge.

“I have never played a female acting role, so the challenge that goes into finding what the little stepsister means to me is an interesting journey,” shares Lam, who was born in Marin County, California, from immigrant parents from Vietnam. “She doesn’t have this epic story or heritage to live up to, but just being a simple girl who looks up to her big sister is what she lives for. Other roles I have played have given me more depth in finding myself in the character. It seems right now that the little sister is less developed and more innocent than knowing what she needs to do for herself.”

For this innocence of his stepsister character, Lam says he will look for inspiration in his own young children. “Raising two kids, I can find little nuances of my kids in the little stepsister and hope that my interpretation will be well received.” 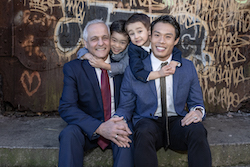 Men dressed in lavish women’s costumes, corsets and wigs – it would seem that the natural reaction in performing the role of Cinderella’s stepsisters would be to make it slapstick. But Lam is intent on not over-acting the role and purposely making it funny. Instead, he says he wants to “allow the choreography to speak for itself and just stick with what the intention is.”

He adds, “I don’t know if the little stepsister was every played by an Asian man, but with the climate of ethnic dancers taking roles that were not heard of back in the day, I am happy to be a part of this breaking away from what was thought to only be played perhaps by a white man and am proud to play it as an Asian man.” 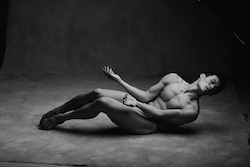 Lam does take pride in his role as both Vietnamese American principal dancer and openly gay ballet dancer. He is certainly someone who can inspire the younger generations and those who may ever feel “out of place”.

“Being the first Vietnamese American principal at Boston Ballet has given me much pride in my culture and myself,” Lam shares. “I never really saw myself different from any other walks of life, but, alas, our society likes to box us in and create different groups from one another. I’m hoping that my presence in a big company like Boston Ballet will inspire other young Asian American boys to reach for their dreams, regardless of their ethnic background.”

He continues, “Being an openly gay ballet dancer and father has given me the opportunity to speak what life is all about for me, and to give inspiration to the younger generations that are seeking help or solace if they are going through a hard time. Being married and having kids and still dancing is proof that you can do all those things that you dream of, and the only person holding you back is yourself. I hope that the LGBTQ community continues to help one another to grow and find true self.” 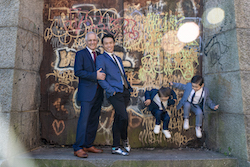 Lam’s upcoming role as stepsister in Cinderella is just a small glimpse of how he is continuing to inspire not just the Asian American community, or the gay community, but us all. He is an artist who is true to himself and willing to take on new challenges to explore his own artistry and passion for dance.

“I try to continue my love of dance, and seek more into what art means to me,” Lam says. “Hopefully, I continue to inspire in all aspects of life.”