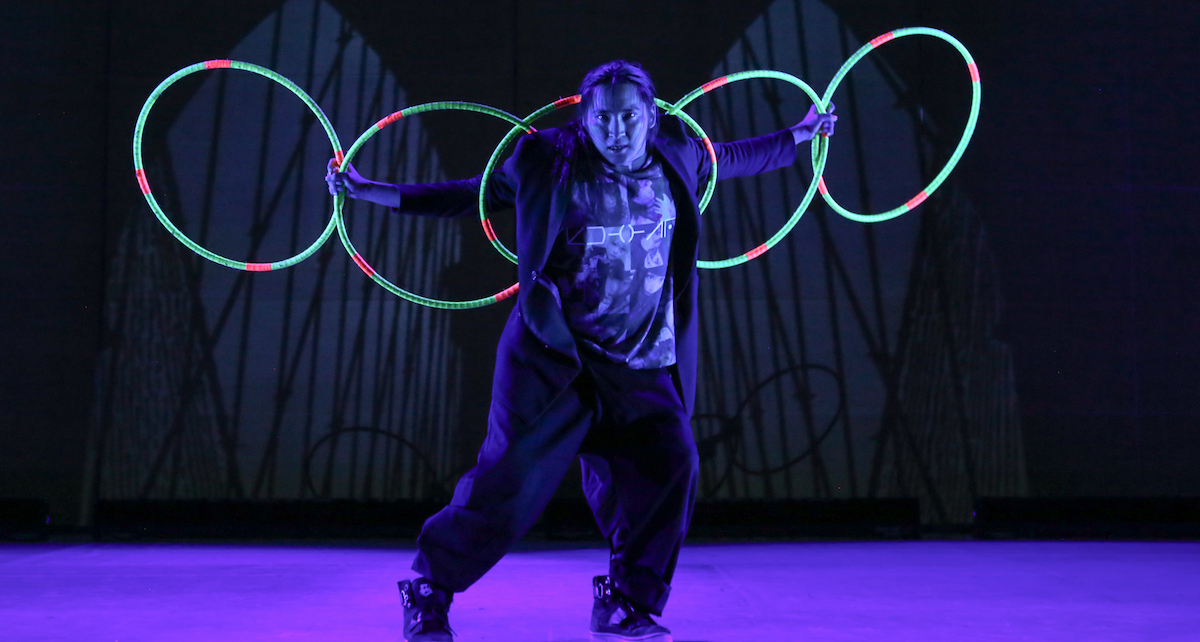 The audience at Brooklyn Ballet’s Brooklyn Nutcracker cheered when Nakotah LaRance, world-champion Native American hoop dancer and Cirque de Soleil alumnus, swirled five hoops into the form of a globe and lifted it overhead. The gesture was an expression of the world focus of the early-December show, with its contemporary New York City references and a multi-cultural troupe offering an innovative version of the classic. 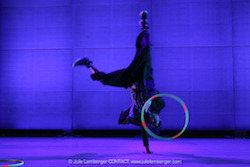 LaRance was a recent addition to the company, which has long featured dancers from around the neighborhood and the planet. The group is a mix of professionals and kids from the ballet’s school. Tchaikovsky’s music, a feature of innumerable Christmas-season Nutcrackers, sounded fresh and merry, as variations evoking hip hop, belly dancing, African dance and other styles, in addition to classical ballet, succeeded each other.

LaRance’s hoop-dance segment, with his innovative mix of traditional Native dancing and hip hop moves, was done to the vivid accompaniment of an electronics-plus-powwow-drum track from A Tribe Called Red. After the variation, LaRance joined four African-American hip hop dancers who played the Flatbush Angels against a background that included projections of Brooklyn scenes.

Each of the angels had his own specialty — glide, flex or pop and lock — and a propensity to tickle the audience with take-offs on the ballet idiom. Sometimes, the jokes were broad, as when they pranced on the tips of their shoes; at other times, they were subtle and knowing, as when the dancers squeezed and stretched the Tchaikovsky phrasing. Together, Nakotah and the Flatbush Angels oozed their way offstage in a sinuous conga line.

“Audiences really get Nakotah’s work,” observes company apprentice Miranda Bishop, who performed as one of the production’s Marzipans. “It’s traditional Native American dancing with the addition of hip hop, which makes it really understandable. And he was so sweet when he worked with the kids in the Candy Cane section.”

“They’re my hoop dance cousins,” quips LaRance, who teaches as well as performs. He says he showed the kids “a few moves,” and they caught on quickly. Although LaRance toured with Cirque de Soleil for two years and created the lead role in a major show during that time, this was his first appearance with a ballet company. “I enjoy the mix of tradition and community,” he says. 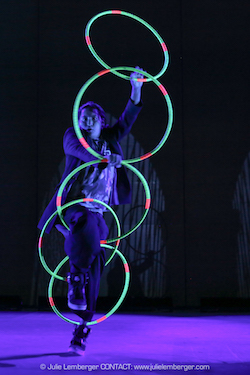 More special moments occurred. After a virtuosic Snow Pas, with speedy and spectacular partnering and lifts, Paunika Jones and Maxwell Simoes suddenly dropped into a deliciously slow series of simple chaîné turns. It felt as though space, time and certainly gravity had shifted.

The sweet and joyful ritual of the Brooklyn Nutcracker over, Nakotah heads home to Ohkay Owinge Pueblo, north of Santa Fe. There, he will participate in his community’s Christmas dances, which involve prayer and reverence, as well as physical preparation and rehearsal.

Choreographer and company director Lynn Parkerson called this year’s production a collaborative, creative experience all around. “Working Nakotah into the evening was just instantaneous,” she says, with everyone on the same page right away. “In a sense, he is doing with his hip hop hoop dance what we’re doing, as we work to make ballet fresh, while keeping the traditions.”