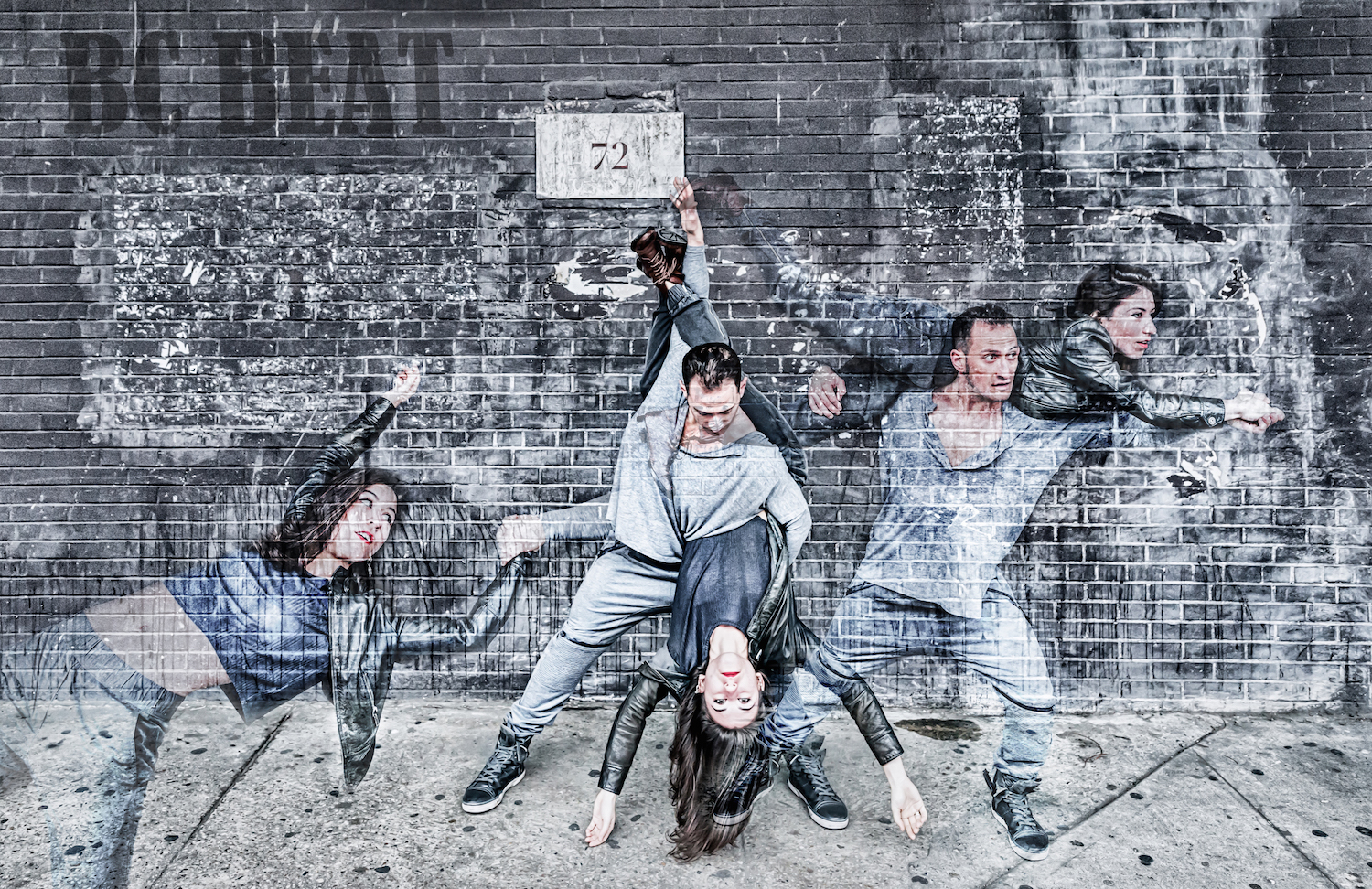 Last year, ABC announced that it would be trying its hand at the TV movie musical. Following the resurgence of musicals hitting channels like NBC (think live productions like The Sound of Music, Peter Pan and The Wiz) and FOX (think the highly promoted Grease: Live), ABC has joined the bandwagon by taking on the 1987 cult classic Dirty Dancing.

Cast Member Alessandra Marconi, who can be seen as one of the 10 staff dancers in the film, talks to us about the movie’s rehearsal and filming process, working with choreographer Andy Blankenbuehler on the project and her favorite scenes. Plus she shares about her personal career, working abroad, being a part of New York’s Hustle community and her involvement on independent projects like BC Beat. 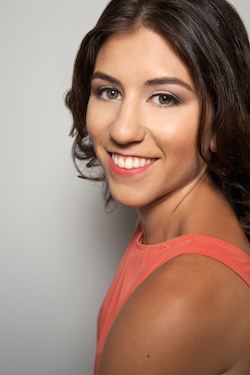 Ali, to first introduce you to our readers, can you tell us a little bit about yourself? How did you start dancing? What has your training consisted of?

“I’m from Trenton, Ohio. I danced when I was little but I stopped because I found it to be boring! I fell in love with gymnastics and I did cheer for a couple years. I also did taekwondo and found the technique to be fun and challenging. A year or so later, my old dance school was having an open house and that fall I started dancing again. I loved clogging! I spent a few years doing dance competitions and meeting other dancers in the Ohio area. At 14 I had decided I wanted to dance professionally and so I took a full year to train in ballet at De La Arts Center in Cincinnati. After that, I joined Exhale Dance Tribe, a contemporary jazz company where I trained rigorously. I began working professionally with Exhale and with other theater companies in Cincinnati until I graduated high school.”

When did you book your first gig? What was it? Since then, where has your career taken you?

“I studied Communications and Journalism in college at Marymount Manhattan. Most weekends I traveled as a dance demonstrator with New York City Dance Alliance, a national dance convention. It was my intention to invest my time in both academics and the arts.

My first dance job out of school was with Catapult Entertainment. I premiered their first evening show and European tour for three months in Germany. In 2015, I did another tour with them in Italy. I spent a lot of time outside of New York post graduation, but traveling was always a dream of mine. It has proved to be a vital part of who I am. I love being immersed in a new culture.

Coincidentally, two weeks after I returned from Italy, I was offered a job with a company that fuses technology and dance called iLuminate. The show is really physical and interactive, which is exactly what I was craving at the time. I spent three months in Kuala Lumpur, Malaysia doing the show Artist of Light and that experience was unforgettable, precious and life changing. I’ve been in New York for a year now and I’m itching to travel again!”

Now you’ve just finished work on the new Dirty Dancing remake. What can you share about this project? What was your role and what was production like?

“I was cast as one of the 10 staff dancers. We had one week of rehearsals in New York to learn three dances. On the first day, we all walked in grinning with excitement. All the dancers are professional, well-versed and were instantly willing to invest in the movement and trust each other 100 percent. When all that aligns, it’s a really precious thing.

That week went by really smoothly, thanks to choreographer Andy Blankenbuehler and his assistants. Knowingly, ‘DD’ was a dream project. We were asked to dance to funky, soulful music and to embody unapologetic teenagers after hours in a sweaty bunkhouse. It took us all of two seconds to get into character. [Laughs.]

Being on set was surreal because the original Dirty Dancing is a movie I loved growing up. Additionally, all the production staff were so lovely. I am grateful to have had such a great first experience in the film industry.” 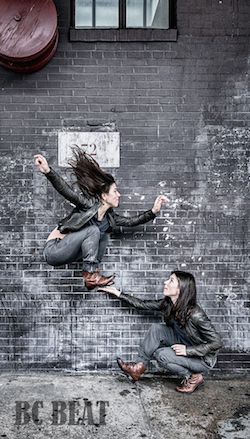 Alessandra Marconi for BC Beat. Photo by Eli Fendleman.

In your opinion, is the Dirty Dancing story still relevant today? And why do you think die-hard fans should give this new rendition of the classic a chance?

“The original themes remained in the new movie and are life experiences that we can all relate to: adolescent independence, discovering sexuality, classism, consequence, absence of choice, grappling with love and being accepted for who you are. In the current screenplay you’ll see new character development that more specifically reflects our social climate today. The revisions have made the characters more complex, which is what we as an audience relate to the most. Also, it’s been made as a TV movie musical, so you’ll see all of us singing. They had to cast principles that not only act, but sing and dance. You’ll see the actors’ versatility, which is impressive.”

What was it like working with Andy Blankenbuehler on the film?

“His preparedness and direction are so clear, which are stellar qualities in a choreographer.”

How did you and the cast stay warmed up while on set?

“In the bunkhouse scene, it was easy to stay warm because it was so humid. That scene is all about the dancers so the only time we weren’t active was when they were moving the cameras to a new angle. It was a serious cardio workout.

Staying warm on set is a skill. Pushups, lunges and a good child’s pose helped me. However, on our last day we filmed ‘Time of My Life.’ We hadn’t danced for a couple hours and it was going on midnight. At 1 am, Andy came over holding 10 espressos and he said, “We have to go full out for this next shot.”

What’s your favorite scene in the new production? Why?

“We were only on set for two weeks, which is a fraction of the time they spent in preproduction, so in the big scheme, I witnessed very little being filmed. Two moments I’ll never forget are: first, watching Katey Segal and Debra Messing film scenes. I learned a lot about film acting by watching the way they connect with the camera. Secondly, a song between Lisa (Baby’s sister) and Marco (leader of the band) at the Kellerman’s Talent Show. It’s a really touching moment accompanied by a song that marries the context of the era to the narrative. As an audience, it will bring the older and younger generations together.

My favorite moment that I got to participate in was filming the bunkhouse scenes. It was so fun to set the choreography in the actual space and utilize the set. The energy in the room was off the chart. We didn’t want to stop.”

You are also involved in New York’s Hustle community. Can you explain what Hustle is for those who don’t know?

“Hustle is a partnered social dance that was created within the Puerto Rican community in the South Bronx in the early 1970s. Also known as the Latin Hustle or the New York Hustle, it was a dance that people did at home and on the block with family and friends. The dance was driven by the DJs of the disco era and by the mid-1970s it was the common dance everyone knew at nightclubs in New York City. People say that each borough had it’s own style. 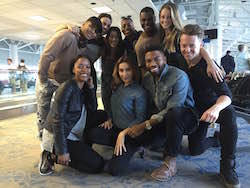 Ali (center) with some of the ‘Dirty Dancing’ cast at the airport. Photo courtesy of Ali Marconi.

Pioneers of the dance were instrumental in commercializing Hustle through TV on the Merv Griffin Show, ’76 Billboard Dance Contest and Ed McMahon’s Star Search competition, to name a few. It started as a six-count phrase dance and has evolved in what we know today as a three-count phrase danced to 4/4 music. We can dance to the original disco tracks as well as the music we know today. There is a leader and a follower position, unspecified by gender.

Being Latin-based, it has similarities to salsa. Hustle is recognized by its circular shape and the partners’ synchronicity of hand and footwork creates a unique momentum with an elastic quality.”

How are you and other artists fostering this Hustle community?

“The unique thing about Hustle when compared to any other style that I’ve trained in is that the generation of people who created the dance are still around. There are several Hustle socials per week where the community gets together. Now that its summertime most people gather at certain parks and piers where DJs play and social dancers congregate.

I take every opportunity to introduce Hustle to the dance community around me! For example, while we were filming Dirty Dancing, I took the dancers to Pack Square Park in downtown Asheville and taught a Hustle class. Right now, I’m teaching a weekly series at Brooklyn Studios for Dance in Clinton Hill. And this past spring I hosted a creative networking event via Hustle dance at Marymount Manhattan College.

It’s common that trained dancers are uncomfortable social dancing or when asked to freestyle, so I try to make them more comfortable. Knowing a partnered social dance has helped me on every professional job and certainly at auditions. Generally, I see Hustle as a way to connect with people – dancers and non-dancers alike. No cell phones and no words necessary!”

Are there any other projects you’re currently working on?

“I’m about to start with iLuminate again soon. We will be taking over the St. Marks Theater for seven weeks beginning July 18. I’m also assisting Jennifer Jancuska to choreograph a workshop of The Bad Years, which is an immersive musical written by Kait Kerrigan and Brian Lowdermilk.”

In addition to all this, you’ve been involved with BC Beat, a NYC event that’s an exciting mix of choreographed work and dance party fun. What’s been your level of participation?

“Yes, I’ve performed three times at BC Beat – first with Cindy Salgado then with Andy Blankenbuehler. This past May, we premiered The Living Room, which is an original work that came from doing a collaborative residency with choreographer Jennifer Jancuska and writer Adam Gwon.

What I love is how BC Beat reinforces the collaborative potential of artists. It’s like social dancing meets Broadway. The makeup of Cielo forces you to be engaged, connect and respond to your neighbors as humans. It’s a great place to discover and be discovered by the community.”

To learn more about BC Beat, head to www.bcbeat.net. To see Ali perform in iLuminate, book tickets at http://iluminate.com. ABC has yet to reveal the release date for Dirty Dancing.