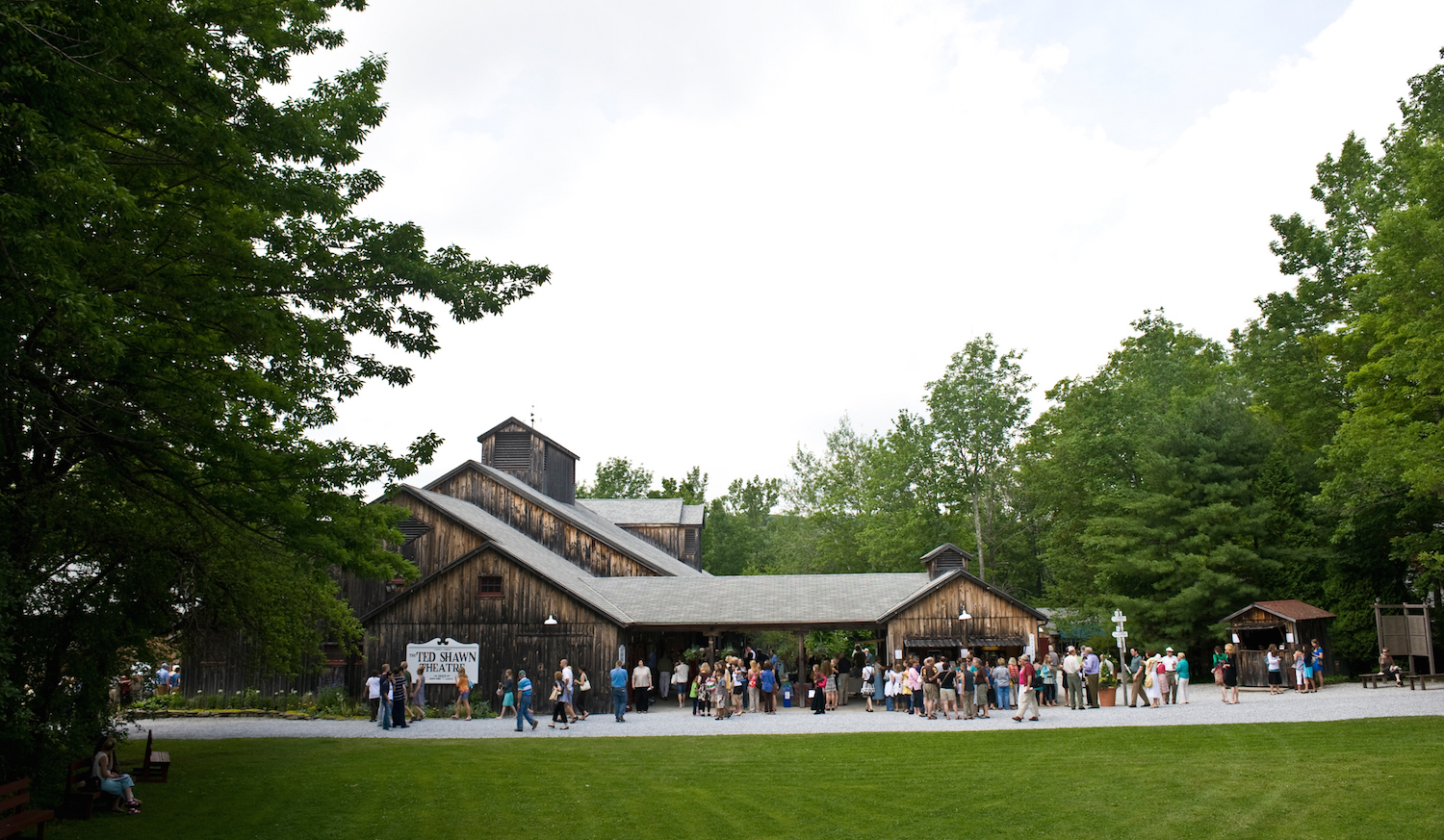 Jacob’s Pillow Dance Festival in Western Massachusetts is gearing up for its annual Season Opening Gala on Saturday, June 18. For many reasons, the excitement is palpable as America’s longest-running international dance festival prepares to kick off its 84th Season, featuring 10 weeks of dance, presenting more than 50 national and international dance companies, and 350 free and ticketed performances, talks, tours, classes, exhibits and events. 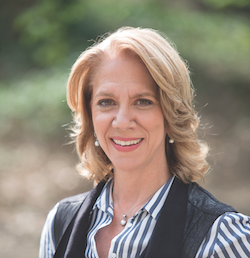 But for the Jacob’s Pillow community, there’s another reason to be enthusiastic, as esteemed arts leader Pamela Tatge has now officially joined the organization as its director. This summer will be her first at the helm, and the dance world is eager to watch how she leads what The New York Times has previously dubbed “the dance center of the nation”.

“The Pillow”, as it’s affectionately called, is a magical 220-acre National Historic Landmark that includes two historical mainstage theaters, a breathtaking outdoor stage overlooking the Berkshires, the renowned School at Jacob’s Pillow, charming dining spots for visitors to grab a bite, rare and extensive dance archives, plus hiking trails, various picnic areas and much more. A recipient of the prestigious National Medal of Arts, the festival was founded by modern dance pioneer Ted Shawn and most recently was directed by Ella Baff, who served from 1998 to 2015.

Now, Tatge, an experienced arts administrator, will lead the Pillow into its next chapter. She’ll pull from her 16 years of experience serving as the Director of the Center for the Arts (CFA) at Wesleyan University in Middletown, Connecticut, where she oversaw all programming and spearheaded various initiatives for the arts. 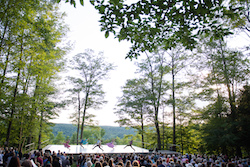 Dark Circles Contemporary Dance performing as part of the free Inside/Out performance series at the Pillow. Photo by Cherylynn Tsushima.

While transitioning into her new position earlier this year, Tatge spoke with Dance Informa about her relationship to dance, her history in the arts and what she’s looking forward to with the Pillow. Her roots revealed that she has a “great love of dance”, one that first started when she was a young ballet student. Her dance training continued through college and eventually led her to dedicate her career to arts development.

She came into her former role as Wesleyan University’s CFA Director in 1999, and in her time there, she helped significantly expand dance programming and initiatives. As she explained it, she concentrated on reconsidering the role of the arts altogether, considering its influence in curricular and co-curricular life.

Tatge shared, “I made it my mission to reimagine what a university presenter can do in an institution of higher education. One of the key projects that I set my sights on was becoming a center for contemporary dance in the state of Connecticut. That was based on the fact that we have a great appetite for dance at Wesleyan (40 percent of students graduate having taken a dance class), coupled with the fact that I didn’t think there was anyone in the state serving as solidly as I wanted to serve choreographers who are really pushing boundaries and moving the form forward.” 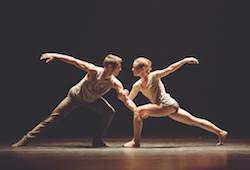 Craig Black and Emily Proctor of Aspen Santa Fe Ballet, which will perform at the Pillow from June 22-26. Photo by Rosalie O’Connor.

Her forward thinking led her to create more opportunities for contemporary dance programming in particular. She started the Breaking Ground Dance Series, which annually presents companies from the U.S. and abroad selected for their innovation and artistic rigor; and the DanceMasters Weekend at Wesleyan, a weekend immersion program for dance students and instructors in the state. While at the CFA, Tatge worked with and presented dance artists including Eiko Otake, Liz Lerman, Dorrance Dance, Alarmél Valli, Ronald K. Brown, Compagnie Marie Chouinard, Faye Driscoll, Camille A. Brown, Brian Brooks, Nora Chipaumire, David Dorfman and many others.

“Most importantly, I forged the relationships with choreographers who were interested in using the university as a research and development lab for their work,” she shared. “This enabled me to really see the potential of dance working across disciplines, working as a means of knowledge-making and research-building.”

Giving examples, she continued, “This was manifested most squarely in the works that we did with Liz Lerman and biologists in creating both the work for Ferocious Beauty: Genome (which Lerman toured for many years), as well as the website Science Choreography. Another partnership was between Eiko of Eiko + Koma and a history professor named Bill Johnston.”

Didier Philispart performing with Compagnie Hervé Koubi, which will tour to the Pillow on August 3-7. Photo by Lou Damars.

All of this experience diving into the contemporary dance sphere over the last two decades certainly prepared her for the Pillow, which has a rich legacy of fostering dance innovators and frontrunners. “I just cannot tell you how excited I am to bring my sense of dance as a means of knowing and understanding the world to the Pillow and being able to build upon all that has been established there across all the many years,” she said, quickly adding, “It brings together all of my passions.”

In her new position, Tatge will “set the artistic vision and strategic goals for all aspects of the Pillow”, including “festival programming, education, preservation, audience engagement, residency programming and artist support, long-term planning, collaborative programming, fundraising, marketing and more,” according to the Pillow’s official release from January. This makes her one of the most important leaders in global arts programming, as she makes decisions on what artists to support and give platforms to moving forward.

When asked about her strategic goals for the Pillow, she admitted it’s too early to pin down anything. She emphasized the importance of collaboration, saying, “They’ll be developed more in concert with the extraordinary staff and board at the Pillow.”

She did offer peeks into her interests, however, which included furthering public knowledge of the Pillow’s robust history, specifically the resource of Jacob’s Pillow Dance Interactive to the dance community. 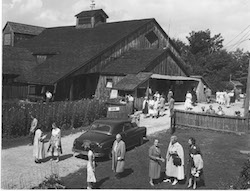 An early audience gathers outside the Ted Shawn Theatre in the 1950s. Photo courtesy of Jacob’s Pillow Dance Festival Archives.

“I think that not enough people access the great wealth of knowledge that is available on the website right now,” she explained. “I’m thinking about how can we inspire dance educators — from local dance schools all the way to higher education — to utilize those resources in the classroom in an active and engaged way.”

She also mentioned perhaps expanding community outreach, possibly through Curriculum in Motion, which is the Pillow’s “in-the-schools program that is actually built in a sense on the foundations of Liz Lerman Dance Exchange”. With “terrific educators who are using dance to give students points of entry into many academic disciplines like science, history, math and more,” she made the point that “we can only do more of that.”

“I think embodied learning is hugely important in a time when technology is separating ourselves from our bodies many ways,” Tatge said. “The extent to which children can access that type of kinesthetic learning through the engagement projects of Jacob’s Pillow is significant. I’m excited again to sort of understand what’s happening and to see where the needs are. But that is definitely an area in which I am excited to expand upon.”

But mostly, Tatge said she is ready to simply experience “the marathon that is Jacob’s Pillow Dance Festival” personally for the first time this summer. Having only been a temporary visitor before, she said she is thrilled to “feel all the interactions between the visiting companies, the students in the school, the community members attending and the local companies performing on the outside stage.” 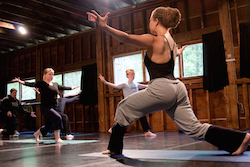 Morning dance class being led by Donna Mejia at Jacob’s Pillow in 2010. Photo by Kristi Pitsch.

After a record-breaking 2015 season, Jacob’s Pillow is truly being appreciated more and more as “one of America’s most precious cultural assets”, as described by ballet icon Mikhail Baryshnikov. Each year, thousands of people from across the U.S. and around the globe visit the Berkshires of western Massachusetts to experience the special “synergy” of the festival.

When asked what advice she’d give to Pillow newcomers, Tatge stated, “They should commit themselves to really taking time to come and explore. So, in other words, come early and walk the grounds, have dinner, go to the Inside/Out stage and experience its unparalleled views, then see a company that they know nothing about.” With over 50 dance companies set to perform, this should be easy for most.

She added, “I’d encourage any newcomer to just give themselves over for an hour or two to see a new form of dance they’ve never seen before. I think the sense of discovery and the exhilaration you get from it is really powerful, and I’d love for as many people as possible to experience that feeling.”

Juan Siddi Flamenco Santa Fe will perform at the Pillow from June 22-26. Photo by Rosalie O’Connor.

Of course, Tatge also welcomes visitors to introduce themselves to her, as she hopes to learn more and more as time goes by about the beloved organization she has the privilege of leading into its next chapter.

To find out more about the celebrated Jacob’s Pillow Dance Festival, visit www.jacobspillow.org. To check out other summer dance festivals happening across America in 2016, read Dance Informa’s feature from the April edition here.