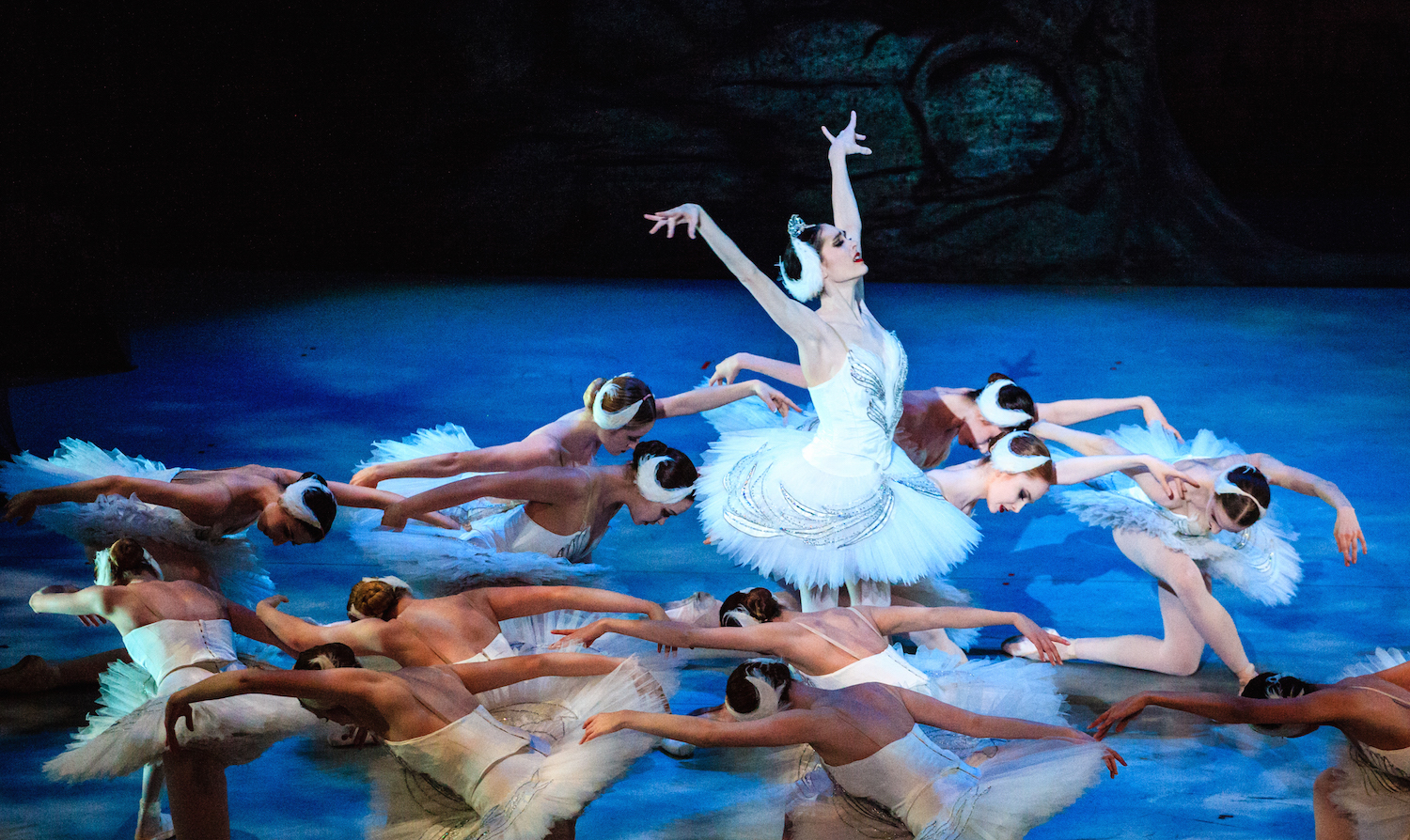 Dance Informa recently caught up with Ballet West’s gorgeous Beckanne Sisk, the company’s newest principal artist, to hear about her latest endeavors and upcoming roles. Sisk was on the eve of leaving for Los Angeles to perform a seven-and-a-half minute solo choreographed by Melissa Barak for the LA Philharmonic Gala at the Walt Disney Concert Hall.

Here, she shares what it felt like to be named a principal, what programs she’s looking forward to this 2015-2016 season, her recollections of Breaking Pointe and advice she has for younger dancers.

Beckanne, congratulations on being named a principal artist with Ballet West earlier this year! How did that feel to move up from soloist to principal?

“Oh, it was very, very surreal! I found out that I was going to be promoted last season, but it wasn’t official until this season started. And I kept waiting, wondering if I was ever going to feel differently and like it actually happened. You know, am I really a principal? It’s funny, though, because the first few weeks of this season I definitely saw a difference. All a sudden I didn’t have to be in all the corps rehearsals. I got to just come in, do all the principal stuff, and then go home. It was like, ‘Wow! This is real!’” 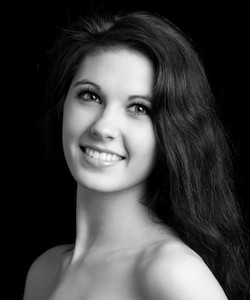 Awesome! So when did the company officially come back to the studios?

Great! Now that you’re a month or so in, what roles have you been looking forward to this season? I see the 2015-2016 season includes six programs – Iconic Classics, The Nutcracker, Romeo and Juliet, Beauty and the Beast, The Nijinsky Revolution and Innovations 2016.

“Romeo and Juliet is probably what I’m most excited about! I’ll be dancing Juliet, and I’m really excited, slash nervous. [Laughs.] I’m looking forward to the acting side of it. I love to act on stage, and that’s something I really just realized last season with Giselle. After having to really portray a character on stage, I sort of fell in love with it. I was really nervous about it at first, but once I started performing and got to attach to the character and become that character in that moment, I’ve really fallen in love with acting. With Juliet, it’s another character you get to really throw yourself into.”

Are you also excited about Iconic Classics in November? What works will you be performing as part of that mixed bill?

“Yes! I’ll be performing Symphony in C, and I’m looking forward to that. I’ve performed the finale when I was at The Rock School [for Dance Education], but this is my first time doing the full-on ballet.”

Will you be touring with the company anywhere this season? I know you toured to Texas and Canada earlier this year, plus to The Kennedy Center in Washington, D.C., and Aspen, Colorado in 2014.

“We are actually only touring one time this year, and that’s to Minneapolis. That’s coming up in the next few weeks!”

And how was it performing at The Joyce Theater in New York earlier this year?

“Ah, it was amazing! The Joyce is such an incredible venue. I love how small and intimate it is. It was very, very cool! We performed Val Caniparoli’s The Lottery, Matthew Neenan’s The Sixth Beauty, Nicolo Fonte’s Presto and Helen Pickett’s Games. It was really fun!” 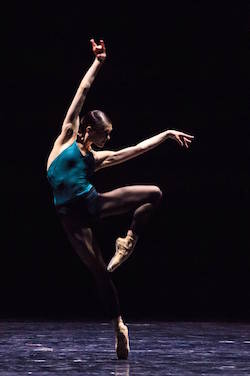 Also, did you do anything special over the summer? Did you guest anywhere?

“Yes! Ah! I had a wonderful experience in June at Gala de Danza in Cabo [San Lucas], Mexico. I got to work with Josie Walsh [Artistic Director of BalletRED and Joffrey Ballet School Los Angeles and San Francisco]. She choreographed a pas de deux on Joffrey Ballet’s Fabrice Calmels and I. That was just… awesome! We got to perform with Van Halen’s Sammy Hagar, who was singing live. It was very cool!”

Now that you have reached this place where you’re guesting more and at principal status, do you have any new career aspirations or bucket-list ideas that you’re aspiring toward?

“Oh my goodness! I just feel like everything happened this year – so many good and exciting things – that I honestly just need to soak it in. I’m still riding on that high right now. I haven’t really had time to sit down and think! I’m just trying to enjoy it and take advantage of every opportunity that comes to me right now. But as a dancer, you’re always moving forward. There’s never a stopping point.”

Out of curiosity, have you ever thought about choreography?

“Oh man, I truly can’t choreograph. It’s not where my talent lies! [Laughs.]”

“Yes, and that’s actually something new to me. I’ve been teaching in the summers over the last two years, and I feel like I’m learning. It’s a lot harder than I initially realized, but I feel like as I continue to do it I’ll enjoy it more and more. Once I get into the groove of it and get more conformable, I will continue to have fun with it. I especially enjoy the younger kids because you can sense how eager they are to learn.”

It’s been a while since Breaking Pointe now, but looking back, what do you think was the best part of the show? 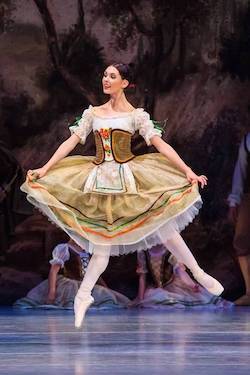 “The best part was the exposure it gave for the company and us individual dancers. It also gave more attention to ballet all over the world. I feel like people who didn’t normally watch ballet got to see it. So I feel like it taught people who honestly knew nothing about it a good deal about what ballet truly requires.

I think Season 1 was really awesome, but Season 2 was more difficult. But overall, I think it was a really great experience, and I’m really glad it happened.”

Do you have any advice for aspiring dancers?

“Just relax. When I was younger, I feel like I was always nervous. I wish someone had told me that everything would work out. Just relax and do all you can. Work hard, but don’t stress over things you have no control over. Just really enjoy your dancing!”

Her favorite way to detox after a long day at work: Watching TV.

Where she’d want to go, if she could teletransport anywhere: Paris.

A surprising fact that some might not know: “In real life, I’m very outgoing! I feel like on Breaking Pointe people didn’t really see that,” she said. “On the show I was often seen as the young girl finding her way. But now I do feel like I’ve found my way, and I’m very outgoing and fun!”

For further information on Sisk and Ballet West, visit www.balletwest.org.