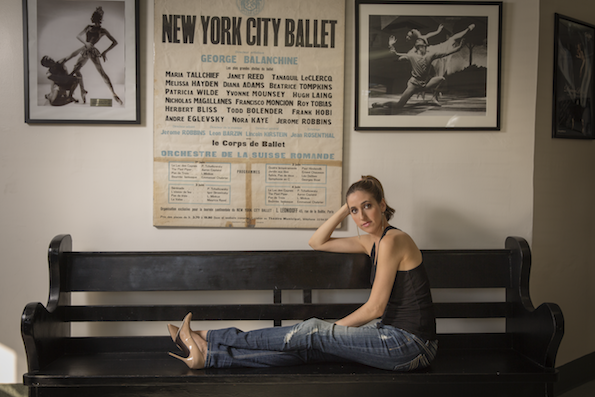 Los Angeles has been a commercial dance hotbed for decades. But, over the past 10 years, fueled by companies such as Los Angeles Ballet (LAB), the L.A. Dance Project and contemporary dance troupe BodyTraffic, the West Coast city has seen a resurgence of concert dance.

Former New York City Ballet (NYCB) and LAB dancer Melissa Barak, 35, hopes to add her own company, Barak Ballet, to that growing list. As an established choreographer with still a lot to say on the stage, Barak felt cultivating her own dance company was the next natural step in her evolution as a dance maker.

At 21, Barak got her first big choreographic break when Peter Martins, Artistic Director of NYCB, commissioned her to create a new work for the School of American Ballet’s (SAB) summer workshop. The piece, Telemann Overture Suite in E Minor, was set to Georg Philipp’s score of the same title. Martins brought it into the main company’s repertoire the following season.

Despite the approval from her boss, as well as great reviews and a warm audience reception, Barak says the experience was overwhelming.

“I was so young,” she says. “I didn’t know my choreographic voice or my strengths and didn’t have enough [life] experience. I didn’t feel I had all the tools in my toolbelt to really put myself out there yet.”

Barak knew it was an incredible opportunity, but she felt “emotionally unprepared” at the time. Even as she has matured onstage and off, Barak says she still gets butterflies for new commissions.

“I always want to challenge myself to do something different than last time,” she says. “So even to this day, a part of me still gets very nervous and insecure.” 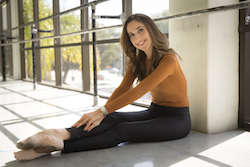 To understand who she was as a choreographer, Barak spent a lot of time being an audience member, exposing herself to other’s work, and researching. Barak cites choreographers such as George Balanchine, Christopher Wheeldon, and Pina Bausch as major influences on her own work.

“Anybody’s work I like and admire, I want it to influence me,” she says. “I want to absorb it and compute it in a way I will learn from it.”

Dancing so many Balanchine ballets throughout her performance careers with the New York City Ballet and Los Angeles Ballet had a huge impact on her choreographic choices. She identifies her movement as neo-classical in style with a “tinge of contemporary movement.” And, similar to Balanchine, music is her biggest inspiration.

“It’s the impetus for what makes me move and think of movement in the first place,” Barak says.

Making her own opportunities

In March 2011, Barak felt her time at LAB had come to an end and she was faced with the inevitable dancer conundrum, “What next?”

“I was playing around with the idea, do I want to dance with another company and start from scratch somewhere,” Barak says. “That didn’t seem appealing at 31.”

She was toying with the idea of going to school for interior design because she has an affinity for creative composition when she had her ah-ha moment.

“All of a sudden, I was thinking, ‘Why don’t I just start my own thing?’ And that’s what felt right,” she says.

Barak had a hankering to continue to create dance for the stage, but says, as a female choreographer, it was challenging to get opportunities and earn the trust of directors.

“The proof is in the pudding,” she says. “We don’t see many women choreographers in the ballet world — in the modern world yes. But I don’t know what it is about ballet. It’s like the old boys club.”

About a month after leaving LAB, Barak says she started writing the mission statement — before she even had a name for the company. All of her “philosophical frustrations with ballet” began to pour out of her and she resolved to find ways to answer the issues that troubled her.

She gathered advisors and, in March 2013, held the company’s first showcase at the Ann and Jerry Moss Theater in Santa Monica, California. 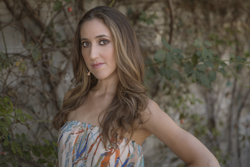 “Conceived as a dance company for dancers” — that’s how the Barak Ballet website describes the choreographer’s fledgling troupe. Barak says she wants the company to be a disciplined workspace, but, above all, a healthy and collaborative environment. And she doesn’t want a cookie-cutter aesthetic to her roster of movers.

The company is currently preparing to take to the stage again in February 2015 at The Broad Stage in Santa Monica, California. Barak is restaging a ballet by Ballet West resident choreographer Nicolo Fonte titled Left Unsaid. She is also reviving two of her works: Middle of Somewhere, created for the Sacramento Ballet in April 2014, and Yueh Fei, a 2007 commission for the National Choreographic Institute in Irvine, California.

She is already planning a June 2015 showcase.

“It’s really exciting to be building this company in Los Angeles when [the city] is really seeing this renaissance in dance,” Barak says. “I’m from LA, so it’s kind of always been in the back of my mind to come back here and give LA another successful dance company.”