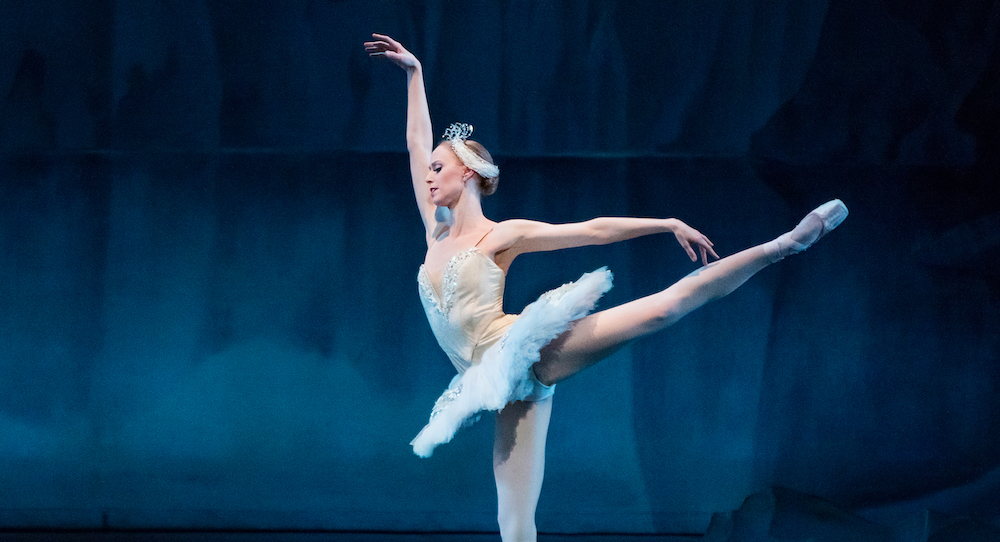 New York City Ballet (NYCB) has announced that Principal Dancer Teresa Reichlen will give her final performance with the Company on February 19, during the 8pm performance, dancing the role of Odette in George Balanchine’s one-act Swan Lake.

Reichlen became an apprentice with NYCB in October 2000, and joined the Company as a member of the corps de ballet in October 2001. She was promoted to soloist in January 2005, and to principal dancer in October 2009. In her more than 20-year career with NYCB, Reichlen has performed featured roles in some of the Company’s most iconic works, including ballets by George Balanchine, Jerome Robbins, Justin Peck and Christopher Wheeldon, among others. Following her retirement from NYCB, Reichlen will assume the role of Gallery Director at SHRINE, the downtown NYC art gallery launched in 2016 by her husband, Scott Ogden.

“Ballet has been the center of my life and world since I was a little girl. Equal measures of luck and steady determination have allowed me to achieve more in dance than I ever dreamed possible during my time with New York City Ballet,” said Reichlen. “It has been the honor of my life to dance Balanchine’s choreography within the company he built; it’s felt like a gift.”

She continued, “Living through the pandemic has provided me the first opportunity since I joined the Company at the age of 16 to see how life outside of ‘ballet’ might look. It was living without the ability to perform with others and for others that opened my eyes to other opportunities in the arts. I was able to watch my husband’s art gallery SHRINE blossom and grow during such an uncertain time, and when the opportunity presented itself to help him and the artists he champions on a full-time basis, it felt like the right next step. In addition, becoming a mother last year has moved and opened me in ways I never expected. It’s made me hungry for a more predictable work schedule so I can maximize my time with my son, Ozzie. Swan Lake has always been one of my favorite ballets, and it feels like a fitting role to close the door on this part of my life in order to open another.”

Born in Clifton, Virginia, Reichlen started dancing at age three, and began studying at the Russell School of Ballet with Thomas and Illona Russell, Mary Rogers and Margaret McGarry at the age of 10. In 1999, Reichlen studied at the summer program of the School of American Ballet (SAB), the official school of NYCB, and she entered SAB full-time in the fall of the same year. Since joining NYCB, Reichlen has performed featured roles in a diverse variety of works by George Balanchine, Mauro Bigonzetti, August Bournonville, Ulysses Dove, Jorma Elo, William Forsythe, Peter Martins, Matthew Neenan, Alexei Ratmansky, Jerome Robbins and Christopher Wheeldon. Reichlen has also originated featured roles in works by Sidra Bell, Bigonzetti, Martins, Benjamin Millepied, Justin Peck and Troy Schumacher. During the 2004-2005 season, Reichlen was the recipient of the Janice Levin Award, given to one of NYCB’s most promising corps de ballet members each year.