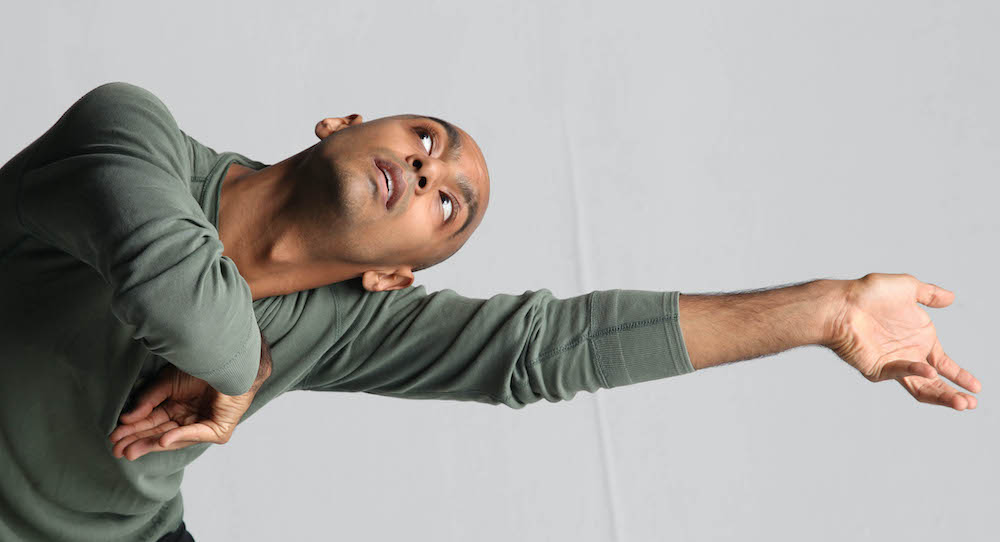 On October 28, 2021, the DANCE NOW board and founders announced the difficult decision to cease further programming as of the end of the year. There’d be one last bow, however – the organization’s fall 2021 digital (on-demand) program. The program struck me as stylistically kaleidoscopic, with works of diverse tones, atmospheres, and aesthetics standing as various colors juxtaposing and blending.

That feels illustrative of the various stylistic offerings that this company has put forth over its 25 years, not to mention all the ways in which it has pushed forward the art of dance and created wider exposure to it: from festival performances to its Joe’s Pub Dance-mopolitan series to artist residencies and related forms of artist support. Opening space for so many diverse artists to offer their work over the years, it could all only be that bright and multifaceted.

David Parker and The Bang Group’s Sparkle Too kicked off the program. The short dance film delivered the company’s fresh and singular blend of movement, sound and style. An ensemble of five dancers moved in a largely unadorned studio room, in pedestrian clothing with various levels of formalism. It was all highly rhythmic from the very first frame. The first performer began to move, while the others remained standing still, scattered throughout the space. She wore pointe shoes but used them like tap shoes – brushing and pounding to make a percussive rhythm.

The other dancers soon joined in – first, a dancer making small, more internally-directed movements to the sounds of the toe tapper’s rhythm. Others added additional layers, both aural and kinesthetic, to the rhythm. One tapped while another danced with one tap shoe and one pointe shoe (a delightfully quirky detail). Their rhythm, which was also the work’s only score, picked up volume, speed and intensity — yet remained pleasantly in sync.

The movement at the body level wasn’t overly technical – elegantly uncomplicated. Complexity came through shifting formations and the steady, yet layered rhythm that the dancers created. To end, one dancer reached directly up with both arms straight and strong, from standing, while the other dancers circled him from a lower stance, on all fours but belly up.

This choice felt like an embodiment of reaching up for energy and light but balancing that with firm, stable grounding. At this ending moment, it came to me clear as daylight: there’s more than one way to sparkle. This work, even its humble attributes and chic simplicity, sparkled too, in its own way.

Davalois Fearon and Dancers’ A Little Power Inside and Between underscored the wonder that can be found inside and outside of us, if we leave all of the sensory noise behind to truly listen and see. The dancers moved, alone, in various locations. The first to dance allowed her arms to smoothly sway, like willow branches in the wind. The only score was the sound of wind against manmade structures, a sound one can hear in a quiet outdoor space on a windy day — nature and the elements reminding us of their presence and power (regardless of human will).

Another dancer began moving with speed and size, power in her core reaching out far past her extremities. She also found smaller, slower movements, demonstrating dynamic range and creating appealing contrast. Atonal instrumentation, combined with a sudden laugh from her, began to build something eerie and unsettling – adding atmospheric range to the dynamic range that she had already built.

Knowing how lovely their movement and presence were, I wanted to see the other performers we had already seen in the film — and sure enough, the film soon shifted to them. Another performer had a more continuous and less accented quality, adding further dynamism. Yet another began by simply walking, circling her space — a keen reminder that sometimes such elemental movement, offered with presence and intention, is more than enough.

Moving with more expansiveness and complexity, she rolled through her spine and fell to the floor — smooth as butter, agile and supple as a feline. The only score continued to be the howling of the wind, along with other ambient noise. In a world where noise constantly surrounds us, such lack of it can be as unsettling as it is rejuvenating. We can then hear — and truly see — the inside and the between. The power and wonder those spaces contain can then be fully apparent to us.

For something quite different in tone and aesthetic, Alex and Joy Davis danced for mock audition tapes in For Industry Only. They introduced themselves for their tapes with their names and that they’re “non-union”. They began moving with size and speed: turning, extending limbs, grounding deep with spines directing energy skyward — all with postmodern release and kinesthetic honesty. In a fascinating effect I didn’t see coming, they also digitally multiplied themselves in motion (becoming many carbon copies of themselves dancing through the space).

Occasionally, they threw in amusing phrases and short sentences, keeping the presence of speech alive in the work and bringing a laugh or two. Soon, time seemed to eclipse as they began to, little to little, appear increasingly sweaty and disheveled: stage makeup melted and streaking, clothes ripped, hair askance.

They said farewell as their tape wrapped – explaining that they were auditioning together yet were also open to solo opportunities, and that this was their first audition since COVID. They stood tall and attempted some sort of correction to their ripped costumes and messy hair, then hugged and exited.

It all oozed the earnestness and devotion of performing artists, whatever challenges the industry throws their way — whatever challenges they may also sweep under the rug (or at least attempt to do so). I wanted to hug them both and every artist struggling to keep doing what they love — what they need to do, really — in this pandemic-plagued world.

I could see some viewers experiencing the work as a bit “meta”, a bit “inside baseball” to the performing arts world. Yet, to me, that earnestness and devotion is something that any person can appreciate.

The World Goes on Being Round, from Audrey MacLean with performer Katie McGrail, came next – offering an oddly soothing illustration of child-like devotion to something fun and carefree. As the world went round around them, in different locations, the two women (MacLean and McGrail) continued to fold paper airplanes. They were mainly expressionless, letting the action speak for itself.

A jazzy, world cafe type score (A Hot French Kiss from  Steve Rice Music/Pond5.com) accompanied their folding. Olivia Blaisdell’s camera work and editing allowed all of this to come through in an aesthetically crisp container. To end, the two women ran and spread paper airplanes all over a hill in a park. The camera panned up to the sun and clouds of the endless sky. If only we could all experience that child-like joy and mindful focus on something fun, while the world passes by — if only for a moment in our days.

Then came Unseen, from Paul Singh with performer Jye-Hwei Lin — a short dance film full of mystery and the space for limitless interpretation. Singh and Lin moved in an open, half-constructed attic space. whispers and kitchen sounds – a steaming kettle, chopping vegetables, cracking eggs – ricocheted through the barren space.

As the piece proceeded and the camera work layered in various effects, the implications of certain images seemed to me almost shockingly violent – sending a chill down my spine, while also remaining mysterious. One thing remained indisputable: the work intelligently underscored the immensity of what a space can hold, the energetic and sensory resonances of what occurred within them, even if all of that remains “unseen.”

Rourou Ye’s It All Changed So Fast concluded this final bow for DANCE NOW. It offered a reflective, almost somber atmosphere – yet one also not without the hope of creative possibility. Ye and then another performer, Rachel Stone, danced in the background of a large space. Behind shapes in the foreground, they sometimes moved and were sometimes still. The openness and size of the space, as well as the open windows in the background, brought a sense of hope. Yet, each dancer moving alone in such a space infused a sense of isolation.

The movement and score were gentle, reflective, even mournful. The dancers moved in the shapes’ frames (the shapes’ edges solid but inner space empty, almost as mirrors). I could almost imagine them in dramatic scenes: in a doorframe, in a camera shot, within a square device. Yet they were alone, and there was emptiness.

The work concluded with a note that it was made in July and August of 2020 in NYC, when the pandemic still just about held the city captive. Indeed, it all changed so fast. It seemed as if the world changed in the blink of an eye, likely forever.

Works like these can draw us to reflection and fruitful discussion on that past, and how we best step forward from it. Organizations like DANCE NOW have been offering that – and I tip my hat to all contributing artists for that as they recollect, reconvene, rest, or whatever else they commit themselves to now.