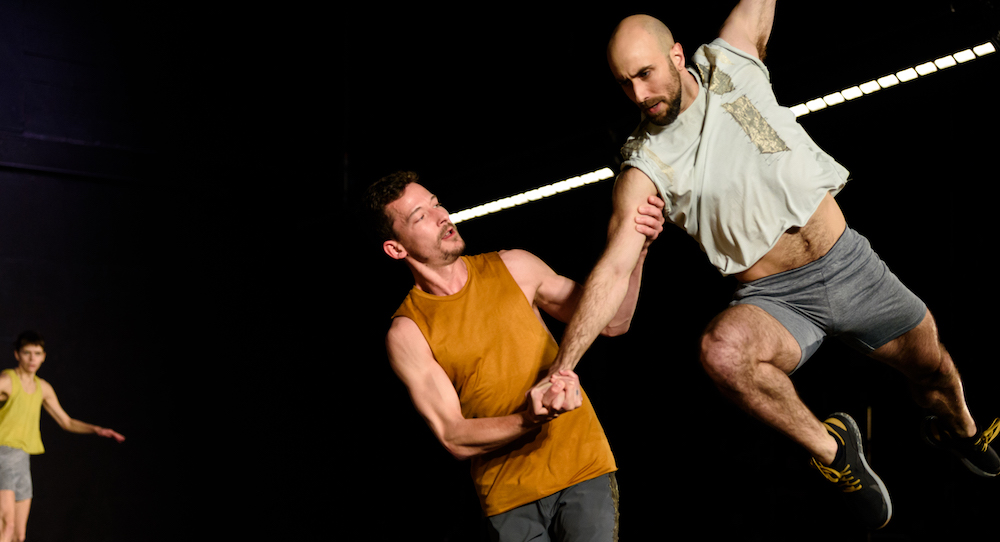 The NY Dance and Performance Awards, The Bessies, New York City’s premier dance awards honoring outstanding creative work in the field, has announced the nominees for the 2019–20 season. This year, all of the nominees will be honored. Each nomination will be recognized with a $500 honorarium, courtesy of a grant from the Doris Duke Charitable Foundation. Honorees for Lifetime Achievement, Service to the Field of Dance and 2020 Special Citation will be announced at The Bessies Ceremony. The 36th annual Bessies Ceremony will be streamed on a virtual platform on Monday, December 14, at 7:30pm ET.

All of the nominees being honored presented live performance work prior to the March 15 citywide shutdown due to the pandemic. In acknowledgement of the artists who were unable to present their work this season, The Bessies Steering and Selection Committees decided to forego giving individual awards this year. Artists who presented work after March 15, including on virtual platforms, are eligible for award consideration in the 2020–21 season.

The Bessies Ceremony will be a place for the dance and performance community to come together in solidarity, support and celebration during these times of continuing challenge. The event will feature video footage of the nominated artists’ works, and will include a special tribute to the often unsung but essential members of the community who are central to the process of bringing live and online dance and performance to audiences in New York City.

“We hope to reflect the immense scope of our dance and performance community at the virtual 2020 Bessies Ceremony because The Bessies belongs to all of us,” said Bessies Managing Director and Producer Heather Robles. “We look forward to celebrating all of the 2020 nominees and the extraordinary work presented this past season. We will acknowledge how organizations and individuals came together to support one another during COVID-19, we will hear from beloved members of our community, and we will lift up many luminaries for their lifetime achievement in dance and service to the field.”

Robles stated, “We are thrilled to honor the incomparable Lucy Sexton at The Bessies Angel Reception for her unparalleled leadership, vision and dedication to The Bessies and the artists we serve.”

The 36th annual Bessies Ceremony is free, with a suggested donation of any amount. Registration is required at Bessies RSVP.

The celebration will continue at the free, virtual Bessies After-party following the ceremony. Everyone who registers for The Bessies Ceremony will be invited to the party.

Kimberly Bartosik, through the mirror of their eyes, at New York Live Arts

Yoshiko Chuma, My Diary: Secret Journey to Tipping Utopia, at The Invisible Dog

jumatatu m. poe and Jermone “Donte” Beacham, Let ‘im Move You: This Is a Formation, at Abrons Art Center

Oluwadamilare Ayorinde in A.D. and Colored by Kyle Marshall, at BAM Fisher

Burr Johnson in through the mirror of their eyes by Kimberly Bartosik, at New York Live Arts

Wataru Kitao in The Unknown Dancer in the Neighborhood by Suguru Yamamoto, The Public Theater’s Under the Radar Festival 2020, at Japan Society

Shannon Nash in Community Exercises for Sanctuary Spaces by Brendan Drake, at The Brick

Emily Pope in My Diary: Secret Journey to Tipping Utopia by Yoshiko Chuma, at The Invisible Dog

Annique Roberts for Sustained Achievement in the work of Ronald K. Brown/EVIDENCE

Myssi Robinson in Colored by Kyle Marshall, at BAM Fisher

Hu Shenyuan in Under Siege by Yang Liping, at David H. Koch Theatre

Omari Wiles in Odeon by Ephrat Asherie, at The Joyce Theater

From The Horse’s Mouth, various works by Jamie Cunningham and Tina Croll/Horse’s Mouth honoring the 75thanniversary of the Jerome Robbins Dance Division, at 14th Street Y

Monuments: Echoes in the Dance Archive by Adam Weinert, at The New York Public Library for the Performing Arts

Quran Karriem for Soundz at the Back of My Head by Thomas F. DeFrantz/Slippage, at Gibney

Nhlanhla Mahlangu and Ntuthuko Mbuyazi for Cion: Requiem of Ravel’s Bolero by Gregory Maqoma/Vuyani Dance Theater, at The Joyce Theater

Peter Born (Set and Lighting Design) for Sitting on a Man’s Head by Okwui Okpokwasii and Peter Born, at Danspace Project