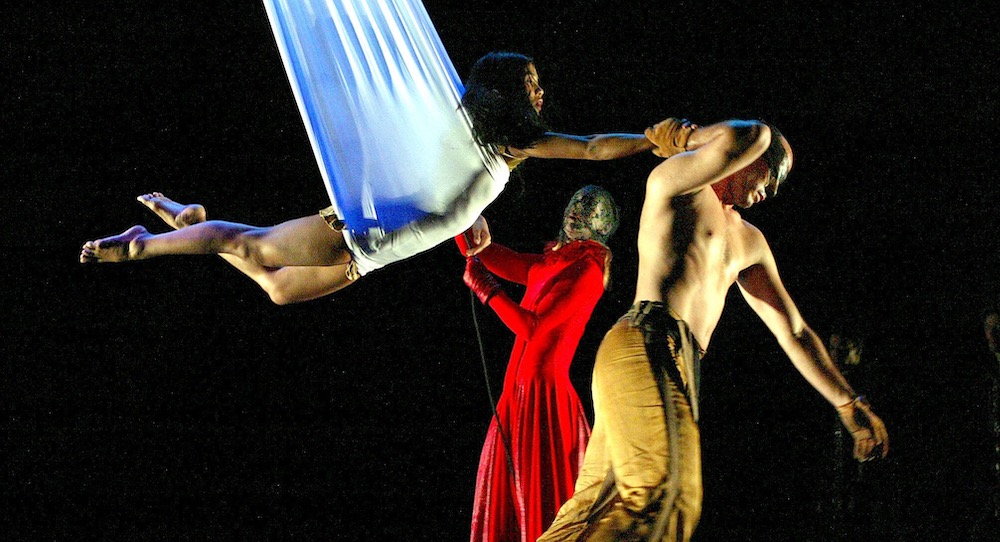 Alison Chase has been making dance art for 50 years. The wisdom and breadth of knowledge that she’s gained over those years is clear when speaking with her. She expresses that wisdom and know-how with clarity — likely a product of having to hone her vision and gain self-awareness as an artist through the decades. From building an academic dance career, to founding Pilobolus, to founding her own (still operating) company, she has accomplished and seen a lot in the dance field while forging her unique creative path through it all. As a good friend put it, she’s one of the lastof her generation of leading choreographers still actively making work. Dance Informa speaks with Chase about her cycles of creative interest, what’s currently on her choreographic plate, her thoughts on the upcoming generation of dancemakers and more.

Chase graduated from UCLA with an MA in Dance, which afforded her the opportunities of Choreographer-In-Residence and Assistant Professor of Dance at Dartmouth College. She first taught male undergraduates, most without a dance background but with athletic experience. Accordingly, her teaching focus was on creativity, collaboration and improvisation — a focus that led to the creation of Pilobolus. Chase was a co-founder. Through the years, she also served as Artistic Director, choreographer and director of educational programs for the company — in addition to co-founding Momix with Moses Pendleton, and teaching in the Theater Studies program at Yale (alisonchase.org/aboutabc). Chase says that she very much enjoys engaging with young people, with their energy and “sense of play.” If she didn’t have the career that she’s had, she might well have been a kindergarten teacher, she shares.

Still today, given those roots she looks to dancers for new movement vocabularies and “sources of ideation”. Her work is theatrical, atmospheric and often athletic. In one program from her current company (Alison Chase/Performance, which she founded in 2010), for example, there are works with notably different moods and aesthetics. “I like not repeating myself,” she explains. She also describes having about seven-year cycles of creative interest. Currently, for instance, she’s very interested in projection and film as it interacts with dance. Another creative cycle she’s had is aerial work. Consistently, however, she’s been “interested in exploring different creative terrain and blending artistic genres.” She acknowledges the many factors that come into play when works come to fruition — audience mentality, cultural mood, sociopolitical context, her own interests as a maker and those of her collaborators and dancers, and practical factors such as the availability of funding.

A lot shifted for her when she learned to “waltz out of the proscenium box”, where there is so much terrain to explore, she says. “That was liberating,” she affirms. For instance, she’s explored all types of site-based work — from the vast expanse of a quarry to large tents to portable stages in various outdoor locations.“That kind of site-based work can also bring in new audiences, the types of people who might not normally go to see dance,” she believes. Some of those site-based creative choices were also logistical and practical, Chase explains (and she acknowledges the permitting challenges involved with site-based works). She describes an attitude present when she was coming up as a choreographer, that you had to be “presented at the Joyce to be able to show your work and have ‘made it’, yet self-producing works, such as in those non-traditional spaces, was what allowed her to build a body of work and continue tohone her artistic voice, she says.

Chase agrees with the aphorism of “if you don’t have a seat at the table, make your own table,” and encourages young choreographers to work in that spirit. There’s a curatorial “club” (so to speak), and there’s a good deal of work out there not getting exposure because it’s without connections to that “club”. Nevertheless, she’s encouraged by the upcoming generation of choreographers. She sees them as “interesting and engaged.” She’s mentored emerging dancemakers, and has encouraged them to just let their vision come to life without judgment or apprehension — to step back and examine if the work feels authentically complete. She encourages one to listen to their own voice. “You don’t need an outside critic in the middle of your process,” she asserts. Chase acknowledges the value of learning even if a work is not successful; she says that she’s truly “made some bombs” over the years, and that they were “useful, deep learning experiences.”

All in all, Chase thinks that it’s a “great time to be a choreographer.” She’s intrigued by areas of intensive exploration in the dance field, such as engaging with technology and exploring how different artistic media can convene. Her company’s offerings, including educational programming and performances, show no signs of stopping. Creatively, Chase is presently focused on a piece that’s been on the “tarmac of her cranium since 2016,” she explains. This is an immersive interactive audio/video/dance installation. She notes how challenging cross-genre projects can be inter-merging different creative practices, interests and simply schedules when collaborating.

Nevertheless, the work continues. “We’re experimenting and test-driving various sensibilities,” she says with joy in her voice. Outside of the proscenium box, there’s plenty of space for the test-driving.