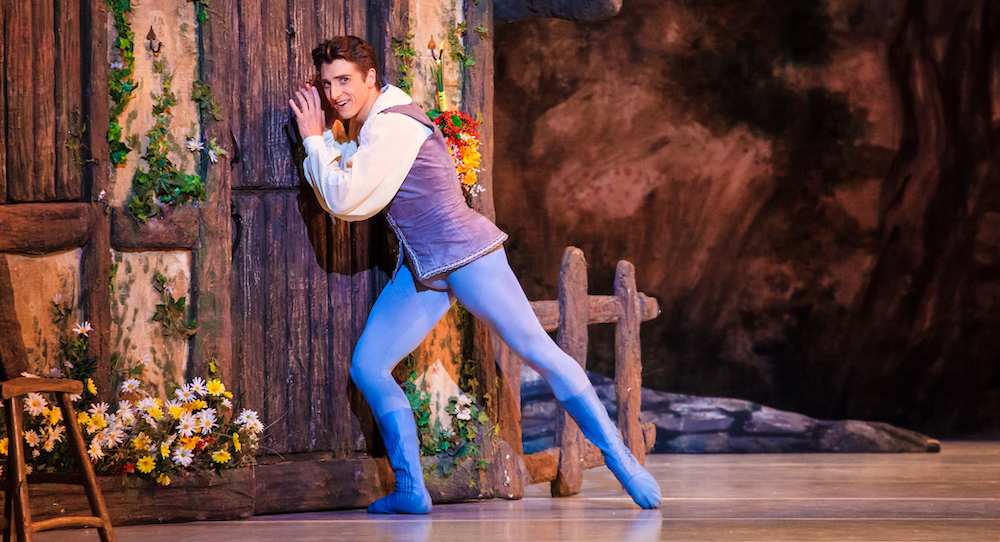 Principal Dancer Christopher Ruud took his last bow with Ballet West, after 21 years with the company, on February 23, 2019. Speaking with him now, what is most striking is his sense of gratitude for those who’ve helped him along the way, as well as wise, nuanced perspective on his career and the ballet world in general. Dance Informa spoke with him a few days after this final bow. He was feeling “pretty proud,” adding, “It’s been a long and painful but utterly fulfilling career.” 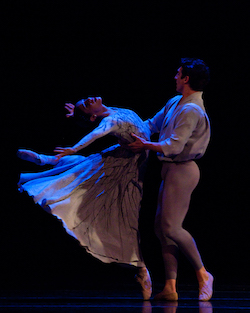 When asked to expound on that statement, he underscores how ballet is like any athletic endeavor – one will experience pain and injury. He describes how he was three years into his career when he had his first knee surgery, for instance. Following treatments were necessary because of joint degradation over time, rather than any acute injury. He affirms that these physical issues were “utterly worth it,” however, to be able to take the stage with Ballet West season after season. He’s also quite proud of the legacy at Ballet West, how its traditions in methodology, artistry and programming have continued.

His engagement with ballet began with his parents, his father as a soloist at San Francisco Ballet and his mother a dance historian with the company. “As a soul, I’m attracted to art and theater, but I also grew up backstage,” he explains. He trained in ballet from a young age until 14 years old, when he decided to pursue other interests. At 17, his father passed away. Looking toward college, and drawn to snow and snowboarding, he chose the University of Utah. He began to dance again in college. “I do think dancing was a way to connect with my father after he left this earth, although I don’t think this was conscious on my part,” he explains. He left college and had the opportunity to dance with Ballet West – and his career took off from there. 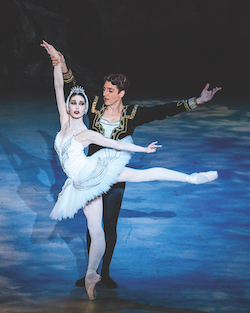 His last role with the company was Siegfried in Swan Lake, which he’s danced five times. He’s loved it every time, he shares, as his favorite classical ballet — with its “masterful score” and “utterly relatable story of love and sacrifice.” He’s also loved anything by Jiří Kylián. Other favorites have included Christopher Bruce’s Ghost Dances, and Serenade, The Four Temperaments and Star and Stripes in the George Balanchine cannon.

Ruud also treasures John Cranko’s choreography, which he finds to be the “hardest choreography in ballet,” and Romeo and Juliet is another favorite. A cherished role he’s danced was Petruvio in Taming of the Shrew. He was careful but deliberate in expressing that The Nutcracker is also a favorite of his. “There’s just something about when that music comes up for the grand pas de deux,” he explains. “[The Nutcracker] is most dancers’ introduction to performing as a dancer, and I think we do have to talk about dancers’ reactions to and relationship with it.” 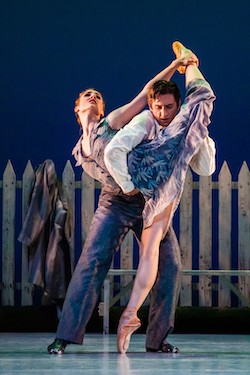 Parallel to this review of favorite moments from his career, he acknowledges a common evolution of dancers through their career — as the body’s capability fades from that of its prime, artistry deepens. “To paraphrase Baryshnikov, we’re a collection of our experiences, and we bring our experiences on stage,” he affirms. He parsed out one aspect of artistry as an example, musicality, characterizing it as about emotion rather than purely physical.

In a wider view, ballet itself has had its own evolution. Ruud seems to feel pleased about where the art form is, with a “yin and yang, not in a darkness and light but the traditional and a voraciously hungry contemporary. It’s pretty special to have those two forces together, and they work together really well,” he says. 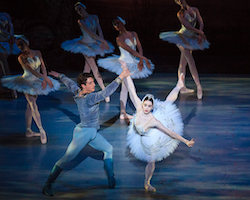 As for where Ruud is headed, he says he will definitely stay heavily engaged in the ballet world – such as in coaching, choreographing and teaching. He’s waiting on hearing back on some of these endeavors, while he takes a bit of time to rest and reflect. “Ballet is a race with no finish line; there’s no such thing as an end to a ballet career,” he asserts. Yet with performing, Rudd shares that friends who’ve retired from the stage have said they just know when it’s time. “I couldn’t conceive of it then, but I now know exactly what they meant,” he shares.

Ruud says that he’s called this ending bittersweet but more accurately that it feels “complete, and I feel content and peaceful.” He pauses for a moment and then shares, “The only emotion I can draw up is gratitude, for the many people who’ve helped me along the way.” He then shifts to remind dancers that “you’re never alone onstage; there’s an army of people supporting you always.” That last bow, he affirms, “was not alone but with all those who’ve supported me.”