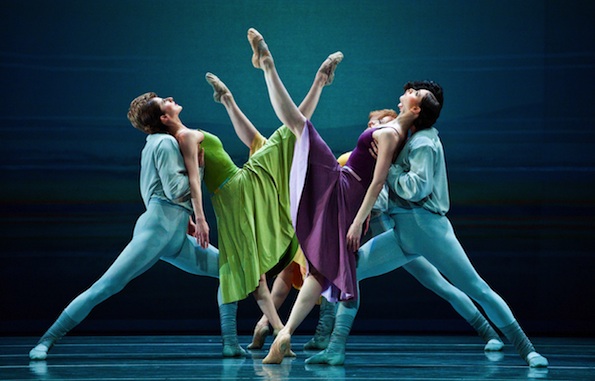 For half a century Utah-based Ballet West has been presenting great art to its home state as well as America and the world over. With a diverse and expansive repertory including original historic masterpieces, classical standards, modern innovations and new, cutting edge creations, the company’s programming truly reflects the same pioneering spirit that inspired early American frontiers to explore the unknown western terrains that Ballet West now calls home.

Ringing in its 50th anniversary, the 2013-14 Ballet West season features a good mix of old, revived relics and new, exciting treasures, clearly showcasing the company for its rich and diverse artistic heritage. For a company now renowned for its participation in the brave new world of reality TV with its show Breaking Pointe, Ballet West perfectly blended the old with the new when choosing and shaping this season’s repertoire.

Artistic Director Adam Sklute, the fifth in a lineage of wholly impressive artistic directors, said he wanted “something old, something new, something borrowed and something blue” when crafting the company’s 50th anniversary season. He admits that while this is a phrase usually associated with a wedding more than an anniversary, it also aligned perfectly with his hopes to honor the past achievements while rejoicing in the company’s current success. 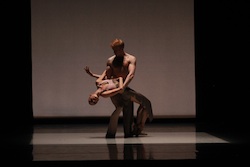 The season kicked off in November with the revival of Ballet West Founder Willam Christensen’s colorful and dramatic The Firebird, danced to Igor Stravinsky’s legendary score. Sklute explained how Ballet West had not performed the work since 1979 after it was originally choreographed in the 1960s.

“A lot of records were lost for that so I had to go to early sources, including our Ballet Master and Archivist Bruce Caldwell, who has been with the organization for almost 45 years… and Bene Arnold, who was Mr. Christensen’s first ballet mistress,” he said. “We really focused on reconstructing the original work because I wanted to honor Mr. Christensen.”

The program also featured George Balanchine’s Who Cares?, brought into the company’s repertoire by the fourth artistic director Jonas Kage, and Jiří Kylián’s Petite Mort, brought in more recently under Sklute. The company also recently performed Sklute’s The Sleeping Beauty and will soon present its brand new version of The Rite of Spring and it’s family-friendly The Little Mermaid, both in April.

“In subtle ways I wanted to honor each one of my predecessors,” Sklute said. “The Sleeping Beauty was originally conceived and brought in by the company’s second artistic director Bruce Marks in the early 1980s. Then it was produced in total by Sir John Hart, the third former artistic director who also brought in Balanchine’s Divertimento No. 15 [which will be performed in April.]” 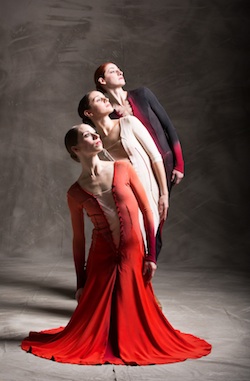 He continued, “Then on top of that I wanted to show that we were looking forward. So I had a brand new production of The Rite of Spring commissioned, which will be performing in less than two months. This will be a huge, very exciting production. Along with that, we produced new works by new choreographers for the Innovations program and we are bringing in the works of Jiří Kylián, who I’m passionate about.”

Ballet West, which has always been recognized for its distinctly theatrical repertoire, is certainly the product of its many leaders, with each leader’s unique contribution still lingering in the company’s overall DNA.

Sklute said, “I think one of the things that makes Ballet West so unique has been that we have had five artistic directors, all very different, over its 50-year history… What that has allowed has been the chance for growth and greater diversity in repertoire every 10 to 12 years. So we have massive repertoire, because all of us have had different visions and ideas of where we want the company to go. This has kept the company alive and refreshed over the 50-year history.” 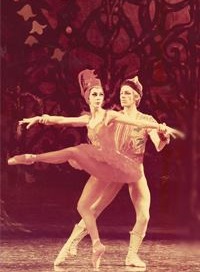 Now Sklute, former dancer, ballet master and associate director of The Joffrey Ballet, continues to further push the company by bringing in works by choreographers like Mark Morris, Twyla Tharp and Stanton Welch, as well as introducing new creations by emerging choreographers.

However, just like any modern-day American arts organization, Ballet West has certainly had its trials as much as it’s had its successes.

“Yes, Ballet West is thriving and yes, Ballet West has great support in our community, but that doesn’t mean that it has been easy,” Sklute said. “There have been times in the past that we have been close to closing our doors… One year after I arrived [in 2007] we had one of the most incredible economic fallouts of this country’s history, the worst recession since the Great Depression. We had to turn around and make conscious decisions. The executive director and I had to chop $1.2 million off our budget for a couple years and that was a very difficult decision to make, but the company succeeded.”

He explained that the company’s success all along have been due to “that kind of critical decision-making along with long-range goal setting.” And the hard work and difficult budget cuts worked out for the best, because now the organization is experiencing such growth that it is in the process of a major renovation and expansion project on its current facilities in the Capitol Theatre in Salt Lake City.

“Our Academy is really beginning to grow and thrive. We are now seeing students come in from around the world,” Sklute enthused. “We have many, many local students from the state of Utah but we also have students from New Zealand, Italy, Brazil, Haiti and so on. It’s very exciting.” 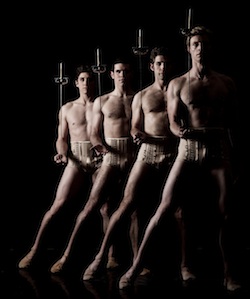 While the company’s involvement in Breaking Pointe has ended after the show was not renewed for a third season, Ballet West has many other plans for the near future, including ambitions to tour more frequently.

“We definitely have some goals that are already in the process of being reached or are just beginning. A big priority of mine has been getting the company to tour more nationally and internationally. Many years ago, the company toured a great deal and in fact, that was the whole impetus of our name. We are not solely the Utah Ballet, we are Ballet West because we represent the whole intermountain region, the Rocky Mountains to the West Coast,” Sklute said.

He continued, “We just went to the Kennedy Center to present The Nutcracker in Washington D.C. and we are going to New York soon for the third time since I’ve been here. We are going to have a full run at the Joyce Theater. Then we are going to Canada. I’d like to go overseas more as well, and that is something that is certainly developing, which is wonderful.”

Overall, it seems Ballet West certainly has much to celebrate when looking back and forward on its golden anniversary. With its eclectic, ever-expanding repertoire and its willingness to take risks, Ballet West is undoubtedly still an American pioneer in the world of dance.

Photo (top): Artists of Ballet West in Sinfonietta in 2011. Photo by Luke Isley.