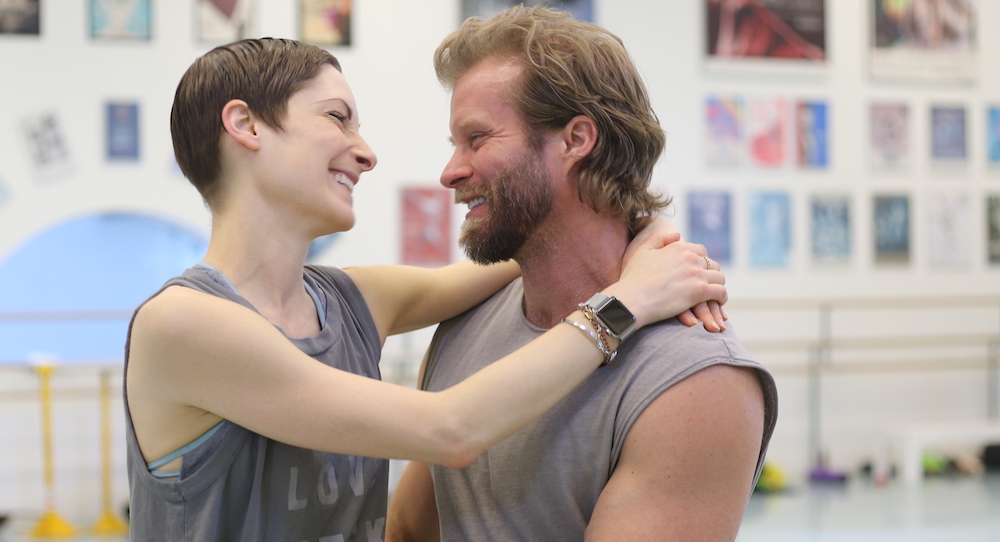 “You have cancer.” There’s arguably no more terrifying, yet sadly common, statement out there. Treatments are getting more and more advanced all the time, yet they most often come with harsh side effects. For dancers, these side effects can be particularly difficult because of how difficult, or even impossible, they make it to keep dancing. Yet Catherine Wreford persisted through her diagnosis and treatment of a rare form of brain cancer – with the support of loving family and friends, including dancer and actor Craig Ramsay – to dance again and again. 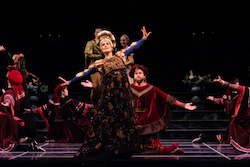 In fact, Wreford and Ramsay danced the roles of Lady and Lord Capulet with the Royal Winnipeg Ballet (RWB)’s Romeo and Juliet this past February. What’s most remarkable about this performance is that the six-year anniversary of Wreford’s diagnosis will be this coming June, at which point doctors said she had two to six years left to live. Yet she just danced a starring role in a RWB production.

She and Ramsay trained together at the Royal Winnipeg Ballet School, and became very close friends. They dreamed of dancing with the company, yet circumstances took them elsewhere – to Broadway and television, primarily. Another striking part of this story is coming full circle to dance in RWB again, this time with the company. “It’s a bit unheard of for [RWB] to call back people not in the company, but they trusted that our technique would still be there,” Wreford shares. “There was resistance from the classical ballet world, but once [people] heard the story, they got it.” 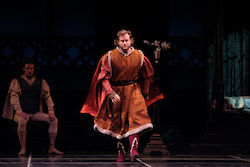 Now, however, Ramsay attests that Wreford is ”inspiring and re-invigorating the whole company, and beyond that into the world.” Regarding himself, he shares that when he danced with the Royal Winnipeg Ballet School Professional Division for eight months, he felt like he didn’t belong. Yet now, “for them to open their doors is incredibly healing, to have the opportunity to dance with Catherine, I’m beyond grateful,” shares Ramsay. Wreford asserts that she could “never have imagined” this would be possible.

It all started about six years ago, with Wreford starting to feel headaches and other kinds of head pain. She was subsequently diagnosed with a rare form of brain cancer. She got a craniotomy in order to remove most of the tumor (they were unable to remove it all), which impaired her speech and short-term memory. The latter in particular impeded her ability to take class, rehearse and perform. After diagnosis, Wreford, her husband Joel Ledlow, and their two children relocated from Oklahoma to Winnipeg be with family as Wreford experienced those symptoms.

Wreford’s mother also came to Winnipeg to support her daughter during this time. Wreford describes the difficulty of loved ones “to see you suffering, to want to help but not be able to.” For her, the hardest thing has been “the uncertainty about the future.” As a mother, she hasn’t been able to know whether or not she’d see her children marry and have their own children, for instance. 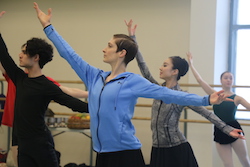 Catherine Wreford in rehearsal. Photo by Heather Milne for RWB.

Eventually, she knew that she had to dance again, although doctors weren’t sure if she’d be able to. She’s continued to have diagnostic imaging tests every three months, to ensure that the cancer remains in check. Meanwhile, she’s now dancing with as much conviction and grace as ever. “I could stay at home and feel sorry for myself, or I could do what I love to do, which is perform,” Wreford says. Ramsay shares that he felt “sorry for myself for many years that I didn’t achieve the classical dance dream,” but that seeing what Catherine has gone through has given him perspective.

He believes that seeing Wreford cope with cancer to dance with RWB has shown RWB School students that “their dreams are never done.” He adds that it’s chilling and shocking to see what’s happened to Wreford but that the two of them — and all their loved ones — can “take comfort in the fact that we’ve lived our lives to the fullest.”

As Wreford describes, no one can really know exactly what the future holds. Despite that uncertainty, it seems as if she and Ramsay take every day they get to dance as a gift. When life literally hangs in the balance, and all else has been exhausted, sometimes the best thing to do is just to dance.