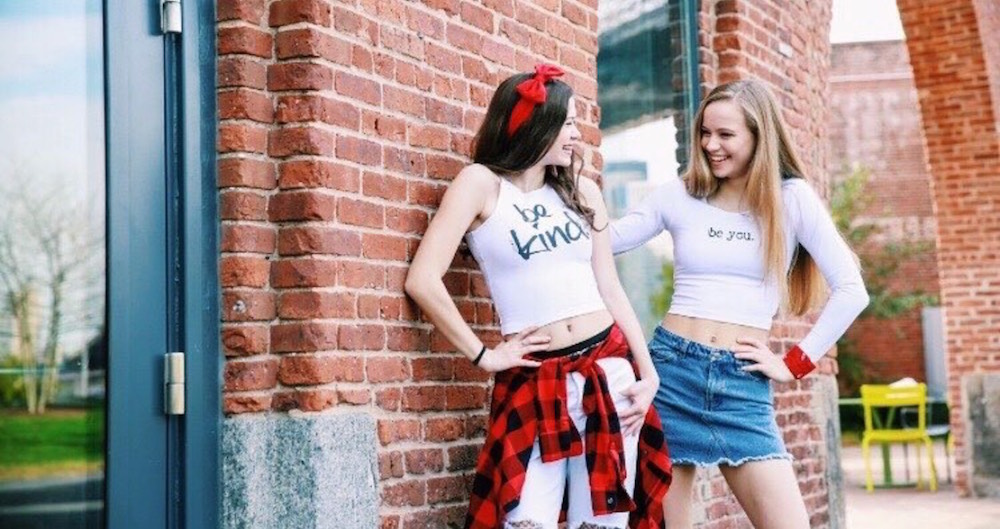 For those of us who grew up dancing, there is usually something or someone who encouraged us to take that initial leap and trust in our gift. When we do try that first class, there is an undeniable spark that draws us to continue and hopefully dive into the artform further. It is no secret the impact that dance can have on an individual but more so how it becomes a way of getting through life’s most trivial moments.

For Olivia Rush, dancing was a family affair. Not only was her oldest sister a professional ballet dancer, but her oldest brother was, too. It came as no surprise when Olivia began showing an interest in dancing as well. 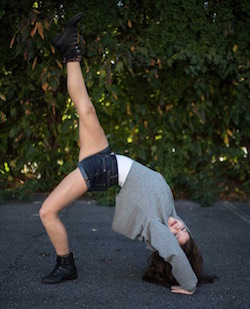 She tells Dance Informa, “I always wanted to be like them growing up, and that’s what got me into dancing. As I got older, I discovered how much I really love it and my passion for it. I found hip hop when I was about nine or 10, and that’s when I started going more commercial, but I still love contemporary, technique and all of that.“

At the age of 10-and-a-half, with a clear love and passion for dance, Olivia joined a new studio to continue taking classes more seriously. Like many who are new to a studio and getting to know their new surroundings, Olivia faced some issues with getting to know the other dancers early on. While dancing came naturally for Olivia, that was different for her peers. As a little girl who would wear a leotard to hip hop with bright pink shorts and high top Converse shoes, it was clear that Olivia had her own unique style and identity. Unfortunately, this unique style was not well-received by the other dancers.

“I had my own style, and no one could tell me anything, but these kids weren’t like that, so they didn’t like that I was like that,” says Olivia. “That’s when the bullying started. I was always really nice to them, and I never retaliated. I was just genuinely trying to be their friend, and that’s where the nickname ‘sunshine’ came in. My teacher started calling me ‘sunshine’.”

As Olivia continued at the studio, the bullying progressively got worse as she moved up in levels. At the age of 13 and the youngest in the student company, the older kids began to treat her differently as well. As one of the only technically trained dancers, Olivia, along with a couple other girls, was used as an asset to promote the studio. And as one of the most versatile dancers, she was in the center of all of the dances, which created more dislike from the older dancers.

One night at practice, the cycle of bullying caught up, and it became a practice that heavily changed her life. “The studio I was in was actually an old warehouse, and none of the parents were aware of the poor conditions because they were not allowed inside to watch,” she shares. “It was during a really bad heat wave in the summer of 2015, and it was a week before nationals during a long night of rehearsal. There was no air flow and no breaks for water, and I was severely dehydrated. We kept running the same part of this one dance over and over again where I had to do a triple pirouette into a straddle.” 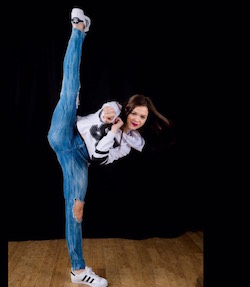 Even after one of her friends insisted that Olivia needed a break and that they should move on, her teacher insisted that she do that particular part again. Olivia pushed through her exhaustion to do the part one more time. On the concrete floor with vinyl layering, Olivia went for the triple pirouette but instead of going into the straddle, her leg slipped on sweat and came out from underneath her causing her to land on her forehead and blacked out — all within an hour before practice was over.

“The next thing I remembered was them yelling my name,” Olivia recalls. “I was confused as to what was going on, and then everything started hitting me and I got really sick. I had this terrible pain in my head. At the end of practice, my friend practically carried me to the car and told my mom to take me to the hospital.”

Despite not knowing what went on during her daughter’s rehearsal, Olivia’s mom brought her to the hospital, and it was a blessing that she did. After running some tests in the hospital, the doctors explained that Olivia was lucky to be alive. Due to the fall, Olivia had smashed the front of her skull, the back of her skull, and then the front again because of the dehydration and lack of cushioning to her brain.

Her doctors urged her to rest immediately and told her she would not be able to dance again. “I spent 19-20 hours basically sleeping,” Olivia says. “I couldn’t be on my phone, I couldn’t watch TV.” And of the news she wouldn’t dance again? “I wasn’t accepting that.” 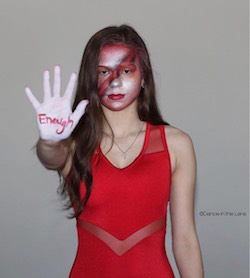 Regardless of what the doctors told her, Olivia did not let the diagnosis get the best of her, and she decided to still attend nationals to support her team as well as her brother and sister, who would be competing. Unaware of the bullying that Olivia was facing prior to her injury, her mom drove her to Atlantic City. Instead of being met with open arms, Olivia was verbally attacked by her teammates. Olivia’s mom saw firsthand the extent of the bullying and pulled her out of the company.

With the focus back on getting better and recovering, Olivia started therapy right away. Although she was going through occupational and physical therapy daily, it did not seem to be helping. There was no progress with her condition, and she was not getting better. And it was clear that there was something missing in her life that she longed for but wasn’t cleared to do — dance.

Olivia’s mom reached out to Leann Hoffer, owner of East Coast Dance Connection (ECDC). Hoffer went as far as to sit with Olivia during dance practices when she was not able to dance so that she could watch the choreography and try to learn it mentally. Hoffer also brought in any choreographers whom Olivia was interested in working with to force her to use her cognitive skills instead of muscle memory.

“Leann never stopped believing in me and supporting me,” Olivia reveals. “I don’t know where I would be without her help and love. She is why I was able to dance again, and she has become my family.” 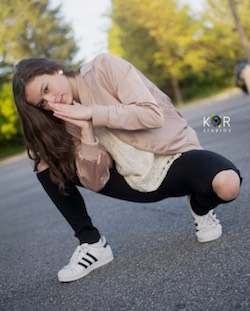 Adding to the list of individuals who impacted Olivia’s recovery was Anabella Estrada, a teacher who was brought in to ECDC and who immediately saw Olivia’s talent and potential. Estrada believed in Olivia so much so that she made her the first assistant for her new convention, Wind Up Dance Tour. As this window of opportunity opened up for Olivia, she became close with the other staff of the convention, including Tiadora Rivera, who worked and trained with Olivia privately and soon became a big sister and role model. With so many amazing people in her corner to assist with her growth and dancing, this was only the beginning for Olivia as she started to become herself again. I Am Phresh hip hop company and team also afforded Olivia the opportunity to compete and perform when she was able.

While in L.A. taking class with Wind Up Dance Tour, Olivia was scouted by talent agency Bloc LA, which led to representation. Soon after that, she was scouted by Bloc NYC, making her bi-coastal. After the excitement of signing with Bloc, however, there was a bit of doubt that lingered in Olivia’s mind.

“After I got signed, I felt a lot of things, but I didn’t feel like I deserved it at first,” she shares. “Even though I know that I worked hard and everything, I just wasn’t at the place where I needed to be to feel like I should get that. So that just made me work so much harder to be where I want to be and to feel like I actually deserved that representation.”

Olivia went from being told that she may not be able to walk, let alone dance, again to being signed by such a prestigious agency. This was an honor that she took seriously, and it showed in her work ethic. Another staple in Olivia’s life who has seen her amazing work ethic is choreographer Eddie Morales, who has taken Olivia under his wing as his protégé as a mentor and friend to help guide her through her career and life. 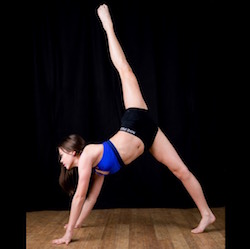 In her quest to help out those who may have experienced bullying of any kind just as she did, Olivia has thrived to spread kindness and love by talking to those who have similar stories to hers. She believes she has a chance to help others, and she has done so through the guidance of her faith. Izzy Be, founded by Karin and Izzy Brown, has also served as a platform for Olivia to spread love and kindness and not be afraid to do so. Being an Izzy Be Girl is yet another accomplishment that Olivia is proud of. Now at 17 years old, Olivia has the chance to travel, model and dance alongside other professional dancers in L.A. and New York. These opportunities are just the start as Olivia continues to turn her tragedy into triumph.

She says, “As a result of my traumatic brain injury and everything else I went through with bullying, I have severe depression and anxiety, but even at my lowest, I know that I survived for a reason, and I hope that I’m following the right path. I want kids to know that they have a voice, too, and it does get better.”