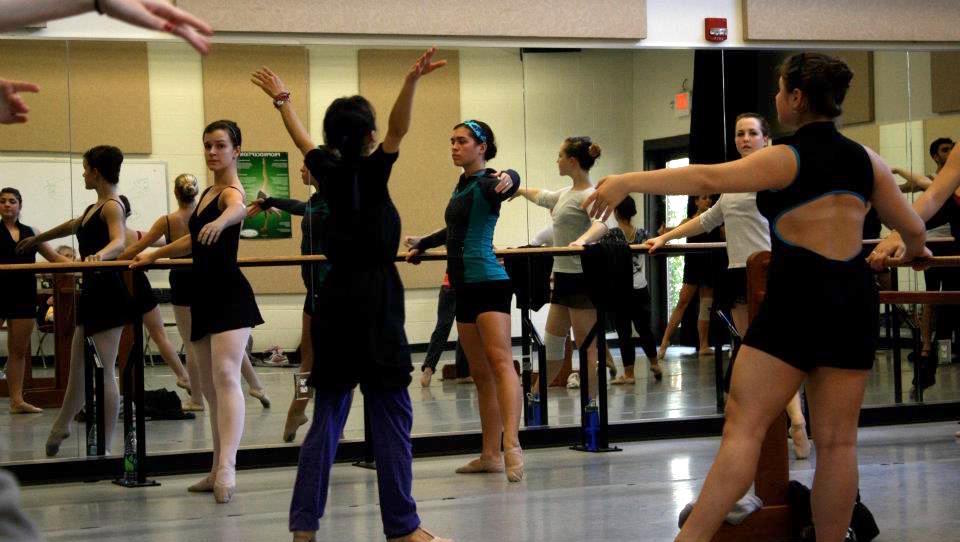 If Cheers is the place where everybody knows your name, New York City’s Steps on Broadway is the place where everybody knows your face — and which classes you take on Fridays, and your favorite spot to stand, and your go-to hair style — but sorry, probably not your name. This is how many dancers know Noriko Hara: as the petite, ageless Japanese woman with the sunny smile and the bubbly laugh who can inevitably be seen executing an extensive series of impossible stretches prior to each ballet class she takes, and lighting up every studio she graces with a palpable sense of joy. 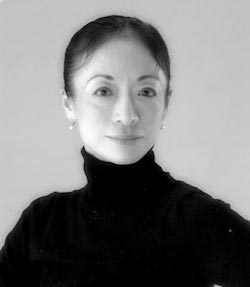 So, who exactly is Noriko Hara, and why do you need to know?

On the surface, she is a retired ballet dancer who has, like many of her peers, segued from stage to studio, from performer to teacher. But given Hara’s evident affinity for her work, the story of her accidental, reluctant entrée to the world of ballet is, at the least, amusing. And the fact that this late-blooming, infectious passion is, decades later, helping her to build a following in one of the most competitive teaching markets in the country is downright remarkable.

Hara first found herself imprisoned in a leotard and tights at age three, when her seven-year-old sister said she wanted to try ballet.

“It wasn’t my decision. My mom had to take me with her, so I had no idea why I was there,” Hara remembers. “I never dreamed of being a ballerina, and honestly, I hated the attitude of ballerinas. My impression was that they were very cold.”

Ballet has a relatively brief history in Japan, arriving only a little over 100 years ago via state-sponsored programs, then gaining momentum on a wave of Russian dancers defecting from their country during the revolution. Enthusiasm for the art ballooned following World War II, with schools large and small popping up from Tokyo to Hiroshima. By the time Hara and her sister donned ballet slippers, it was not at all uncommon for young children, and females in particular, to enroll in a technique course — either of their own volition, or by parental decree. 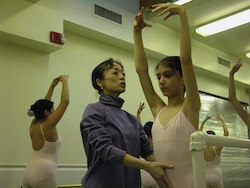 Perhaps it was the outward aesthetic of austere Russian classicism in early Japanese ballet that repelled Hara upon her first glimpse of the art form. But as her studies progressed, her perception gradually changed, and along with it, her professional trajectory.

“I started loving physical movement when I was around 14,” she recalls. “I was hired by Matsuyama Ballet Company, in Tokyo, while I was one of the students of the [affiliated] school. At the time, the company was the biggest in Japan. It had over 70 dancers and a star couple, and we had 50 to 70 performances every year.”

As to that little girl who had balked at the notion of following in her sister’s footsteps to the barre? Gone. Hara was now fascinated by this realm she had involuntarily entered, developing both a humble reverence for and an avid curiosity about it as she rose to the rank of soloist within the company.

“I loved every single role I danced! Character, classical, animal,” she says. “In Tokyo, lots of major companies came for performances from all over the world. I was lucky because I saw almost all of them… The 1970s and ’80s — that was ballet’s golden age!” 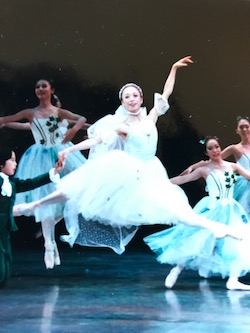 In the midst of Hara’s burgeoning career, this glimpse of a broader artistic sphere — combined with a growing understanding of human anatomy gleaned from her “Tokyo mama,” a beloved mentor — prompted an eye-opening journey that would fold unexpectedly into a new professional and personal phase.

“I realized my company training didn’t have any information about dancing: how to use the body, musicality,” she relates. “So I asked the director to give me a vacation, saying, ‘I’ll be back.’ I thought that I needed to see the world… that if I stayed with the company, I wouldn’t have a chance to get out.”

Hara would not, as she promised, be back. She headed for New York City, where she acquired even more of the “information” she felt she had been missing. Her quest, however, was short-lived. News of an illness in her family prompted her to return to Japan, although not to her former life. In order to support her ailing father, she struck out on her own, starting the Noriko Hara Ballet School, in Hiroshima, near the landmark memorial site Peace Park. But rather than tie her to her home country, the success of this endeavor allowed her to expand her horizons even further.

In the 1980s and ’90s, Hara established a veritable double-life, wherein she “commuted” between the United States and Japan as often as every two weeks to maintain her thriving business while also teaching and performing in New York and beyond. During this period of globetrotting, she developed a number of significant relationships, but two in particular that would steer the course of her life. 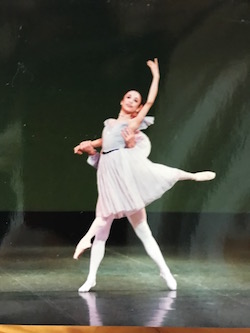 Noriko Hara and Daniel Baudendistel in ‘Symphony in C’. Photo courtesy of Hara.

Former American Ballet Theatre, Joffrey Ballet and Lar Lubovitch Dance Company member Daniel Baudendistel became Hara’s performance partner and a creative colleague, often relying on her as an assistant while he choreographed for his own pick-up troupe and for the likes of the ABT Studio Company and Oregon Ballet Theatre. They traveled the U.S. and abroad on various artistic escapades, frequently visiting Hara’s school in Japan, where Baudendistel was an honored guest.

Amongst the other figures who ventured to Hiroshima in the same capacity were current Houston Ballet principal Jared Matthews (then only a teenager), Joffrey Ballet alum Alexander Brady (also a long-time Twyla Tharp dancer) and the late David Howard — perhaps Hara’s most distinguished visitor.

A British ex-pat who established himself as a master teacher in New York in the 1960s, building a devoted following that included legends such as Gelsey Kirkland and Mikhail Baryshnikov, Howard played a significant role in Hara’s world. His kinesthetic approach to ballet — wherein technique is something that one must feel rather than a sequence of movements placed upon a body and reinforced by a steady relationship with the mirror — expanded upon her own conception of their shared craft, and she absorbed as much of his wisdom as she could over the course of three decades.

In 2012, Hara says, she started to sense that something in her life was about to change. “Somehow, I knew I needed to be in New York… that I was needed here. So I made preparations to sell my school.” She cut ties with the Noriko Hara Ballet School in early 2013. Mere months later, David Howard passed away. 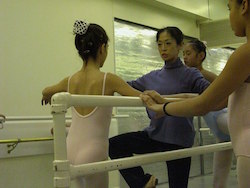 Today, Hara is one of a small group of teachers who, in some way, carry on his legacy through their classes — a fact that has not gone unnoticed by those who knew him well. Dancer-turned-chef Patricia Williams, a student and company member of the now defunct Harkness Ballet when Howard was a fixture there, recognizes the through-line from his clean, classical style to Hara’s.

“[Noriko’s] teaching skills are deeply rooted in the understanding of classical ballet… of the flow, energy and timing that are the basics of a well-rounded class,” Williams says. “Her corrections enable a student to achieve maximum technique. She does this with a positive, energetic and fun atmosphere.”

“I appreciate Noriko’s attention to detail, fantastic and personalized corrections, and her desire to connect to all students,” Thompson Ulerich reflects. “I feel very warm and set up in her class, and I always find myself smiling or laughing. Noriko focuses on technique and clarity, but she reminds you to breathe and dance, too.” 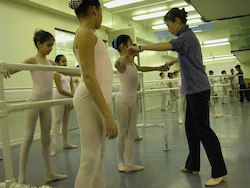 Dancer/actor of stage and screen Anne Otto shares a similar view: “Noriko’s personality is like sunshine! She makes me laugh throughout the class and gives insightful, gentle corrections. I walk out of the studio happy and grateful.”

When asked how she has maintained her buoyancy and good humor throughout a long career in an industry that can compel even the brightest of sparks to burn out, Hara admits that the path was not always so smooth.

“When I was young, I got tired easily… not enough stamina, physically or mentally,” she reveals. “I had no confidence at all, and I thought I couldn’t do [certain things]. But something happened to me after so many up-and-down experiences. After kind of hitting bottom, I stopped being depressed. My philosophy: Don’t expect everything to happen the way you dreamed it would. Life is interesting…”

Noriko Hara teaches regularly at the Ailey Extension and Steps on Broadway. Visit www.aileyextension.com and www.stepsnyc.com for more information.