In recent years, there have been a number of films, TV series and commercials with dance at the forefront. In projects like Black Swan, Side Effects and the upcoming thriller, Red Sparrow, featured Hollywood actors like Natalie Portman, Mila Kunis, Rooney Mara and Jennifer Lawrence had to learn ballet and authentically execute choreography as part of their role. Obviously, you can’t train just anyone to dance like a prima ballerina in just a matter of months, but it’s the job of the director, cinematographer, choreographer, dance double and dance coach to achieve this illusion on film. Dance Informa got to chat with celebrity dance coach Kurt Froman about how a frustrating injury led him to a vocation he could have never imagined.

You’ve trained actors to portray ballet dancers in a number of feature films, TV series and commercials. How did you first get involved in this?

“My first opportunity came after I was sidelined with an injury while working on Twyla Tharp’s Come Fly Away. I thought I broke my ankle when I landed from a jump in rehearsal, and when I was put in a boot to recover in for two months, I was very depressed that my plans for the upcoming year were scrapped. Out of boredom, I sent my friend Benjamin Millepied a message and he responded within minutes asking if I was available to assist him on an upcoming Darren Aronofsky film, Black Swan. Benjamin was going to be in Paris for the majority of the film’s preproduction, and he needed me to coach the film’s stars, Natalie Portman and Mila Kunis. I had to also work with Vincent Cassel a bit, as well as the other actors and dance doubles. It was a dream come true for me because I have been a fan of Darren’s work since his first feature, Pi, as well as Requiem for a Dream. To have Darren ask my input was hugely gratifying, and the responsibility of training and coaching the actors was a wonderful challenge for me. It sparked something inside me that made me realize how much experience and information I had absorbed in my own dance career, and to get to pass all of that insight on to another artist was something I took great responsibility and joy in. I was getting to share my art form with actors at the top of their field, and it showed me that not only do you have to have the knowledge and experience, but you also have to be a fantastic communicator, patient and able to break movement down in the simplest language possible, or explain it as an image they can relate to. After all the dancing in the movie was filmed, the actors finished the rest of the movie in Brooklyn. They wanted to get the dancing out of the way first, which was a smart way to schedule it! 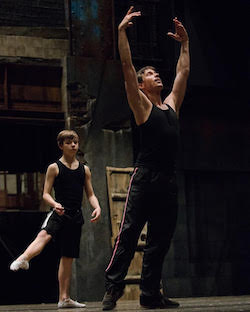 After I finished working on the movie, I was recommended for a job on the upcoming tour of Billy Elliot the Musical. I was the resident choreographer of the second national tour and eventually took over the final few months of the Broadway production for Jeff Edwards. Shortly after that, I was recommended to the actress Rooney Mara, who had just come off of The Girl with the Dragon Tattoo. She was looking for a teacher who could work with her while she was in New York filming Stephen Soderberg’s Side Effects. Rooney and I worked about four to five times a week, two hours a day, focusing on ballet technique and flexibility (and the last part of class dancing to different kinds of music). I think she wanted to feel a bit more in her own body and ‘freer’ moving to music for her upcoming work with Terrence Malick. The film, Song to Song, came out a few months ago, and it was a lot of fun seeing some of the work we did in the studio make it into the actual film.

Other projects coaching actors in dance seemed to always find their way to me, mostly without an agent’s involvement and through my own reputation. I did get a L’Oreal ‘True Match’ commercial from my agent who reconnected me with Zoe Saldana (with whom I worked with in the movie Center Stage). When we locked eyes coming down the hallway on set, she screamed out, ‘I know you! You’re from Texas and you’re a twin!’ It had been probably 15 years, but she remembered me from set! My work with Christina Ricci came from a recommendation from one of the producers of Black Swan, and Red Sparrow came because Justin Peck had heard of my credits working with actors. It’s been networking, but really just as a result of the work I’ve done rather than my actively seeking connections and new projects.”

How does coaching actors for ballet films differ from teaching a typical ballet class? Do you approach the technique differently or focus more on upper body movement? How does the dance double play into the scene, if there is one?

“Each project is different, but typically I need to know how they plan on shooting the scene, if there is money for ‘face replacement’ or not, what the director’s expectations are and how capable the character is supposed to be in the story. For Z: The Beginning of Everything, Christina Ricci is playing a teenaged Zelda Fitzgerald. My original idea for the choreography was brought way down by Christina‚ who had a major point: Zelda, at that point in her life, hadn’t had a lot of training, and she wasn’t as passionate about dancing as she became later in her life.  ou had to see moments of talent and ability in the choreography, but it couldn’t look unusually dazzling because it would be unrealistic. Christina had no ballet experience at all, and since it was just a pilot from Amazon at that point, there was no money to do any kind of visual effects. Christina and I wanted the dance to be on pointe, but we only had six weeks before she filmed it. I was blown away that anyone could dance on pointe without any prior dance experience — and in less than two months! We were lucky that Christina has good feet and great legs. That hyper-mobility helped us! Her legs and feet reminded me a lot of Stacy Caddell (from NYCB and Twyla Tharp Dance).

In all my experience working with actors, we know that their upper body will be featured on film the most, so a lot of training goes into working on their alignment and port de bras. I work on their hands a lot, too, and make them hold a ball to shape their fingers while giving them a ballet barre warmup. I always spend a solid hour of each session with an actor on barre exercises. The coordination and focus on alignment is really essential, as is pushing their awareness of their height on demi pointe, on straight legs with heels down and in full demi plié. The camera will need to see the rise and fall of their body, and it needs to correspond to the actual dance. I end up teaching the actors the full choreography but nitpick their upper body the most. With Jennifer Lawrence in Red Sparrow, she had six solid minutes of choreography she needed to know from beginning to end. She had an incredibly difficult and fast solo, which went into a slow and romantic pas de deux with Sergei Polunin and ended in a very fast coda with lots of lifts, turns and choreography covering space.”

What was it like working with starlets such as Jennifer Lawrence, Christina Ricci, Natalie Portman and Mila Kunis?

“It is always wonderful to work with actors I admire, but I try to treat them like I would anyone else. I’m not there to be a fan; I’m trusted to pass on a skill set, and I’ve found I get the best results when I just focus on the work. I feel a lot closer to them by the end of the experience when just treating them as an equal.”

How does your own experience as a dancer affect how you coach actors for their roles?

“I think I had to work on my body a lot to become a professional ballet dancer. I was born with good proportions and musicality, but I had to really, really work on my feet. I had to be smart about how I worked my own body, and I believe that, because it didn’t come easy, I had to think about what went into executing a step well. I feel like I can see inside the step and inside my own body, and that’s made me good at explaining how to articulate a step well. Everyone’s temperament is different, too, and I believe I’m good at motivating and encouraging whoever I’m teaching to reach their fullest potential.” 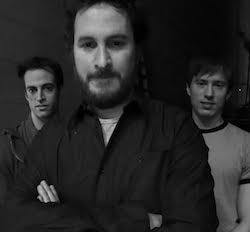 Kurt Froman (right) looking at the monitor with Benjamin Millepied and Darren Aronofsky on ‘Black Swan’. Photo by Ray Lewis.

How do you work with the cinematographer and director to get the most authentic and beautiful edit of a dance scene?

“Every experience has been a bit different. With Black Swan, Darren Aronofsky (the director) and Matty Libatique (the cinematographer) would spend hours and hours ‘shot-blocking’ the dance scenes. Darren wanted to be ‘inside’ the dance and on stage with the dancers, almost dancing the camera around the actors. Darren would ask me to stand next to him at the monitor so I could make sure they were getting the best takes of the actors in the scenes. I would run on stage and give one or two corrections between each take to finesse the step a bit for the camera. Red Sparrow had a ton of coverage from every conceivable angle (which should add a dazzling quality and really show off the ballet!). I haven’t seen any of the edits yet, so I’m eagerly awaiting the premiere! It was important that I run the dances and call out corrections and instructions, so I only really saw it ‘live’. Occasionally, I would have a chance to look at what the camera was catching, but Justin Peck was most often supervising the footage while I was coaching Jen and Sergei on stage or running the corps’ choreography.”

What is the most exciting thing about choreographing for the camera? What is most challenging?

“I think what excites me is that it is about creating an illusion along with the director and actor. It is storytelling, and I love the endless possibilities that an actor or director can give the scene. Ultimately, the editor and director make the major decisions months after we’ve shot the material, and it is always surprising to see what makes it onto the screen. There are many more hands in the mix than doing a stage production. For live theater, there is a direct line from the performers to the audience. In film, the editing, cinematography, music and visual effects all can change what the camera captures. I find that exciting, though. It can obviously suspend disbelief in a way that stage productions can’t.”

Can you give us any teasers about Red Sparrow?

“I can’t tell you too much (like I said, I’m eagerly awaiting the premiere myself!), but you can check out the theatrical trailer and TV spot. The film comes out soon — on March 2!”

So, what’s next for you?

“In the next few days and weeks, my choreography will be in the upcoming Rita Ora/Liam Payne video ‘For You’, featured track in the new Fifty Shades Freed movie. I also teach a regular class at Steps on Broadway on Saturdays from 11:30am-1pm.”

Be sure to check out Kurt Froman’s reel and website.