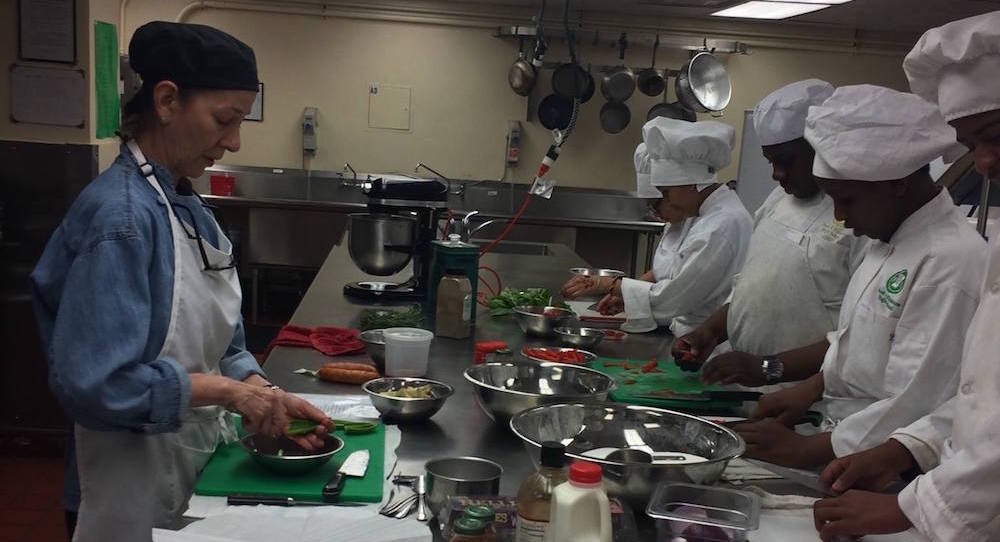 Like the plot of a classic three-act ballet, the route to this former professional dancer’s current position was rather circuitous and, at times, grueling. Nonetheless, what began three and a half years ago as a passion project has evolved into a self-sustaining business, tangible evidence that the right combination of vision, tenacity and persistence can pay off.

As to her first calling, ballet came into Williams’ life out of the blue, an introduction she credits to her sister. “I started dancing when I was seven,” she says, “And of course, The Red Shoes [inspired me]. My older sister would take me to a small, ornate theater that showed international films, and there were many about ballet dancers and ballet dancing. It was so beautiful that I wanted to be able to move that way as well.” 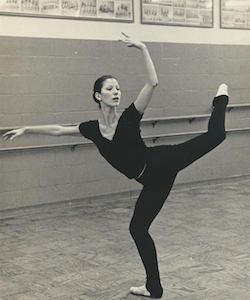 Off to school it was for Williams, whose classical training led her into the second company of Houston Ballet. Feeling certain that her future in Texas would be limited after the departure of then-director James Clouser, she took a series of leaps. Initially, she landed in New York City’s Harkness Ballet as a trainee, later becoming a company member. Next, it was on to the Chicago Ballet, then back east to the New York City Opera Ballet, where she hit her stride and danced for eight seasons. During this period, Williams also perfected her side hustle technique, taking on pick-up and supernumerary work with the likes of Madame Maria Swoboda, Maurice Béjart, and John Cranko.

With one eye perpetually on the horizon, however, the young artist was prepared to take her final bow on her own terms, before any unhappy circumstance forced her to do so. “I had always decided to retire at 30 had I not become a soloist in a major company,” she explains. “Though it was difficult [to move on], I had seen too many people dance after their prime.”

Reminiscent of her entrée to the dance world, Williams’ segue into chefdom was organic and intuitive. “I became a chef almost by accident,” she relates. “I moved to France and fell in love with food and the culture of food. So I decided, when I came back to New York, that I would become a cook.”

Harkening back to her early years as a determined dancer, Williams made a list of her ideal companies — but this time, a four-star American restaurant was at the top of the page. That prestigious establishment, the Quilted Giraffe (now defunct, but still much revered), is exactly where she would arrive a mere two years after stepping onto her next career path. For two decades, Williams worked her way through the ranks of the New York culinary scene, honing her skills at over a dozen restaurants, and progressing from line cook to executive chef. She affirms that her prior vocation had a marked impact on her performance in this new arena.

“Being a dancer and all of the training [I had] gives me focus, drive, perseverance and determination that most cooks and chefs do not have,” she attests. “Yes, my years as a dancer greatly contributed to my success.”

In 2014, five years in to her tenure at the helm of the kitchen in Manhattan’s Smoke Jazz & Supper Club, Williams set out to realize another long-standing aspiration: to establish her own culinary venture. Private and small-scale by design, 10 Chairs NYC had its launch not in a formal hall or generic event space, but in the chef’s own Midtown apartment. An intimate atmosphere is key to this social dining experience, and the character of each meal is determined not only by its unique menu but also by its eclectic handful of attendees. Unlikely friendships have been forged at these modest gatherings, and repeat customers are, to Williams’ apparent surprise, not unheard of.

“Building an audience, for me, was difficult, though I believed in 10 Chairs NYC with all of my being. I am not good at self-promotion,” she admits.

Fortunately, word of mouth (and of satisfied palate) has served her well. For the first time since its inception, Williams’ unassuming enterprise proved comfortably profitable this October, and heightened demand has prompted her to schedule an increasing number of dinners. In spite of this amplified productivity, each 10 Chairs menu retains a unique personality based upon the selection of seasonal, locally sourced ingredients Williams uses to concoct it. A recent fall dinner, for instance, began with a sweet-savory pairing of figs and bacon, and ended with a cozy apple cake and cinnamon ice cream. If November had a taste, perhaps this would be it. 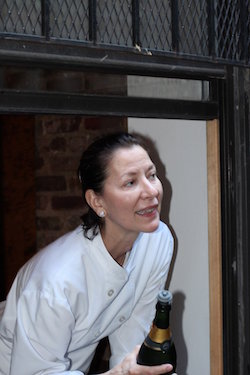 According to those who know Williams best, attention to detail and a dogged pursuit of quality are character traits she has demonstrated since her dancing days. Fellow entrepreneur Claudia Folts — founder of Tutu.com, under which umbrella she both sells dance attire, and leads seminars on the craft of tutu making — performed and roomed with Williams during their stint at Harkness Ballet. Folts deems her erstwhile colleague’s work nothing short of “amazing,” elaborating that Williams “goes about creating her meals the same way she went about dancing — with incredible love and reverence for her art.”

Ever a pragmatist as well as a dreamer, Williams maintains her post at Smoke Jazz. History has proven that the business of fine dining, not unlike that of the performing arts, can be fickle, and this accomplished dancer-turned-acclaimed-chef has no desire to lose her footing. Yet her words of wisdom to other performers considering retirement or a career change are more encouraging than cautionary.

“Look at the next phase of your life as a new beginning, and let your years of dancing ‘dance’ with you in your future,” she offers. “Dancers have more discipline than most people, [which allows] them to take their training with them. Think of the mood as positive, and hold on to your previous accomplishments.”

On this front, Williams leads by example: Several times a week, she finds herself back at the ballet barre, preparing body and mind for the day ahead with a beloved ritual.

“I do not miss the career of dancing,” she says. “However, I miss being able to dance. Yet sometimes, the music and my out-of-shape body get going, and I enjoy the camaraderie of the friends that I have made over many years.”