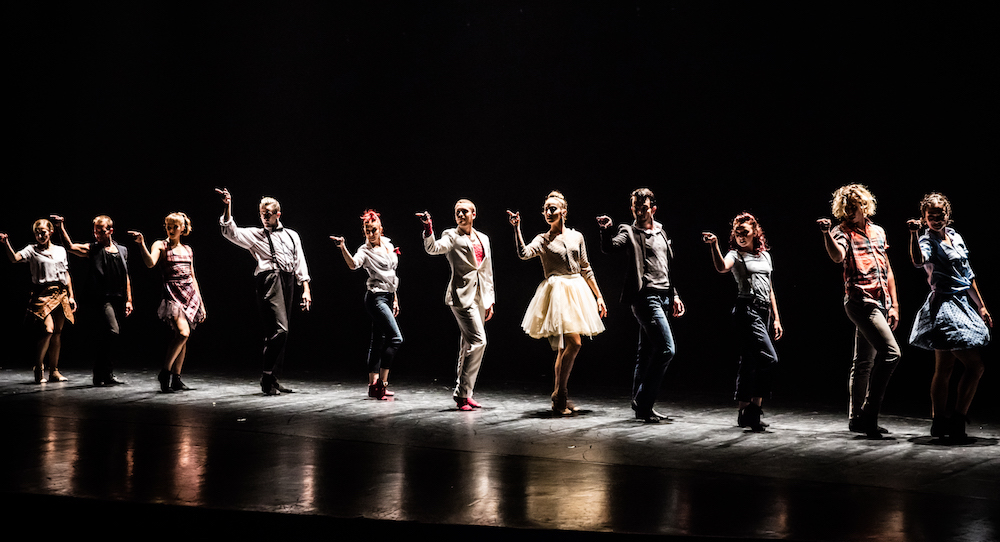 Looking to broaden your horizons in 2018, but just can’t make that dream expedition around the world happen? Not to worry. Argentina, Cuba, the Nederlands, Spain, Canada, the United Kingdom — all will be represented on stage in the United States by touring dance companies during the first half of this year. We’ve compiled a list of places to be and performances to see from January through June, so grab your calendar and let the international dance adventure begin. 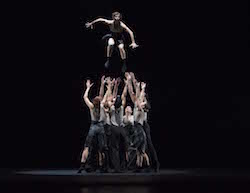 This young Cuban ensemble was established only six years ago by resident choreographer/Artistic Director Osnel Delgado, Executive Director Fernando Sáez and dancer/Associate Artistic Director Daileidys Carrazana. It received a production and touring grant from the National Dance Project last fall, and — in collaboration with The Joyce — it has commissioned works by renowned choreographers such as Ronald K. Brown and Trey McIntyre. The program includes pieces by Delgado, Brown and Aszure Barton, and several presenters will offer master classes in conjunction with the performances. 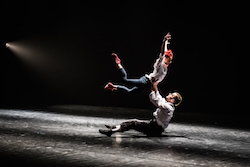 Under the direction of Louis Robitaille for the past 20 years, this Canadian troupe combines classical aesthetics with contemporary movement trends, striving to appeal to a multidimensional audience worldwide. The company’s current repertory includes works by Rodrigo Pederneiras, Itzik Galili, Andonis Foniadakis, Barak Marshall, and the ubiquitous Benjamin Millepied. Headlining the company’s tour will be a piece by Galili, featuring Afro-Cuban music by Perez Prado. A Q&A session will follow some performances.

An all-male Argentinian company, Che Malambo made its debut in Paris, in 2007, and has since toured throughout the world. Choreographed by Director Gilles Brinas, a former ballet dancer, the troupe’s shows pay tribute to the gaucho traditions of South America through a mix of percussive movement and music geared toward contemporary audiences. Some presenters will offer artist conversations or other outreach activities. 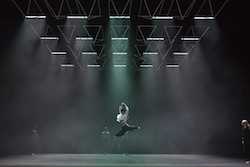 One of three resident troupes at the Sadler’s Wells Theatre, in London, Company Wayne McGregor has developed a lofty international reputation since its founding in 1992. The award-winning British choreographer at its helm has generated over 30 works for the ensemble, which serves as a veritable laboratory for his creative output. In San Francisco and New York, the company will perform Autobiography, an abstract series of choreographic portraits centered on the concept of self. The Boston program will consist of Atomos, a melding of sculptural movement and sound with film and intricate lighting design.

Founded in 1979, this Madrid-based company developed under an eclectic (and impressive) succession of directors, including Victor Ullate, Maya Plisétskaya, and Nacho Duato. Now led by José Carlos Martínez, Compañía Nacional de Danza boasts a repertory ranging from purely classical to neo-classical and cutting-edge contemporary. On the bill for the troupe’s U.S. tour will be Johan Inger’s stripped-down production of Carmen, which made its world premiere in 2015, at Spain’s Teatro de la Zarzuela. 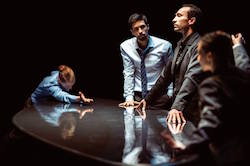 Nederlands Dans Theater in ‘The Statement’ by Crystal Pite. Photo by Rahi Rezvani.

Avant-garde and often enigmatic, NDT is widely regarded as one of the foremost contemporary dance purveyors in the world. Following in the extraordinary footsteps of visionary director Jiri Kylián, Paul Lightfoot has held the artistic reigns of this pioneering ensemble since 2011. With works by Crystal Pite and the dynamic duo Sol León and Lightfoot on the docket for its U.S. tour, the company’s ardent American audience is sure to be satisfied. (Take a deep dive into NDT’s current culture with this Dance Informa feature.)

One of Canada’s premier classical troupes, the National Ballet is nearing seven decades of dance presentation in its home country and around the world. The company’s brief visit to the U.S., as part of the San Francisco Ballet’s 2017-18 season, will feature John Neumeier’s Nijinsky, a semi-biographical homage to the ill-fated ballet legend. The score to the production includes works by Frédéric Chopin, Robert Schumann, Nikolai Rimsky-Korsokov, and Dimitri Shostakovich, and the sets and costumes are based, in part, on sketches by Léon Bakst and Alexander Benois.

​Alicia Alonso’s iconic ensemble was born in 1948, but (for obvious reasons) made its U.S. debut a full three decades later, at the Kennedy Center. Considered “the highest expression of the Cuban school of ballet”, the company melds classical technique and a theatrical style with a reverence for national culture. Chicago will be treated to Don Quixote, while Tampa and Saratoga Springs will enjoy Giselle. Both productions will appear in Washington, D.C.