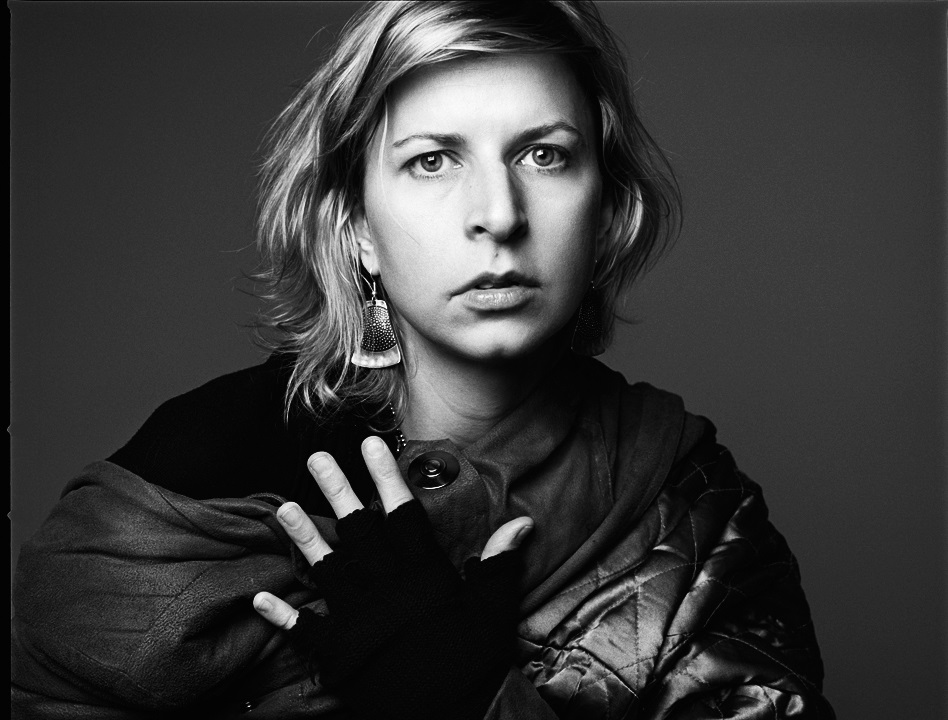 Now a Brooklynite and self-proclaimed lover of green tea, Canadian choreographer Aszure Barton’s work has made its way across the globe and back again. She received her early training from the National Ballet School in Toronto, where she also helped originate the Stephen Godfrey Choreographic Showcase when she was just a student.

Since then, Barton has gone on to create works for some big names – Mikhail Baryshnikov, Alvin Ailey American Dance Theater, American Ballet Theatre, Nederlands Dans Theater, Sydney Dance Company…just to name a few. She is founder and director of her own company, Aszure Barton & Artists (AB&A).

Her choreography is musical, physical, visual, balletic yet grounded, and always thought-provoking. Each work is not just a dance but a full-on production, a collaboration between herself, the dancers, composers, engineers and designers.

Here, Dance Informa takes you behind the scenes and into the mind of Barton, before she heads back to her homeland to present her Happy Little Things on Alberta Ballet Company.

When and why did you first get into dancing?

“I was raised by parents who celebrate dance, and I was three years old when I started tap classes. I am the third dancing daughter in my family.”

Who have been some of your influences – dancers, teachers, choreographers – from when you were first starting out and until now?

“There are so many individuals who have influenced my artistic life. My collaborators – dancers, designers, composers – influence my work deeply. My project, AB&A, is centered around collaboration.

In particular, someone I’d love to acknowledge is one of my dance teachers from my childhood named Sandra Gray. She created elaborate and imaginative productions when I was a kid, and I learned so much through being a part of them.

Meeting and dancing with Wendy Osserman (performer and director) was an important moment in my life. Having the opportunity of being resident choreographer at Les Ballets Jazz De Montréal was instrumental in the development of my work for sure. Director Louis Robitaille was witness to my first AB&A show at the Montréal Fringe Fest in 2001 and invited me to be resident artist in 2005-8.

Meeting and working with Mikhail Baryshnikov largely affected my artistic path, commencing in 2005. Having the opportunity to create, tour and perform alongside him was a pivotal experience. His support and devotion to facilitating collaboration and creation is remarkable; his curiosity and integrity inspiring.

Larry Rhodes has facilitated an ongoing relationship with the Juilliard [School] for many years. This has influenced my work, and the dancers have fed me so much. This sounds strange, but New York City itself has been one of my most influential teachers. It’s a space where one can become a successful self-taught creator. I am proof of it. There are many more, but the list would be epic!”

Why did you make the shift to choreographing? Were you always interested in creating your own work?

“I don’t think I ever made a conscious choice to become a choreographer. Making dances has always excited me and has felt very instinctual and natural. I started making dances when I was a child. I love dancing, too, but creating has always taken the lead.”

What is usually your creative process? Do you start with music? A concept? Movement phrases? How does it become collaborative?

“The primary constant in my process is listening to my intuition. The most essential source of my work is my relationship with the human beings, the artists, involved in the process. I try to remain open and allow our conversations to guide me. With my own company, I tend to have the most creative freedom, as I can determine our deadlines! We generally start with everyone – dancers, composer(s), designers, collaborators – in a space simultaneously, and we plant seeds together. This being said, the order of process is ever-changing and largely determined by the logistical realities of the projects themselves – who is involved, what the financial realties are, what the schedule is, the size of work. This being said, for commissioned works, I generally spend many months researching and meeting consistently with my team prior to our time in the studio. If the score is determined early on, I also listen to it over and over again.”

What inspires you as an artist?

On your website, you refer to your company as ‘cheeky, delirious and impetuously wild’. If someone has never seen one of your works, what do you think he/she can expect?

“I believe that quote was written about us, and it was fun one to share. The ‘someone’ should expect to be given a generous offering from each dancer involved in the work. Dance is a very powerful exchange of energy. I collaborate with some of the best dancers in the world, and it’s an honor to create with them. I hope to facilitate a space in which the dancers and audience can feel alive and enjoy sharing a space together.”

What new projects and ventures do you have planned for 2016?

“I just premiered a new work for Bayerisches Staatsballett titled Adam is. This piece will be performed throughout the year and the company’s next season. My work titled Come In (2006) is being presented at The Holland Dance Festival the end of February/early March. Alberta Ballet makes the Canadian premiere of Happy Little Things (Waiting On a Gruff Cloud of Wanting) on February 11. This work was created in 2009 in New York.

We, AB&A, will be creating a new work for English National Ballet. This will premiere in April at Sadler’s Wells in London. We will also be in Cuba in May and June and will create a new dance for Malpaso Dance Company. This project will premiere in Cuba in the summer, followed by some performances at The Joyce Theater in New York. AB&A will be touring and performing Awáa throughout Italy and some cities in North America – Chicago, Minneapolis. AB&A artists will also be leading numerous workshops throughout the year. We will be sure to post info on our site.”

You’ll be presenting work in your home country of Canada throughout February. What do you like about going back home to work?

“I love Canada and always enjoy coming home. It’s very exciting and important to me.”

If you weren’t a choreographer, what do you think you’d be doing?

“Is this a trick question? No idea. Perhaps a connoisseur of green tea!”

What has been your most memorable dance moment of your career so far?

“As a dancer? Performing a duet with Misha. I can’t believe that actually happened! It was a ditty choreographed by Ben Millepied.”

To learn more about Barton and see a list of upcoming performances, visit www.aszurebarton.com.