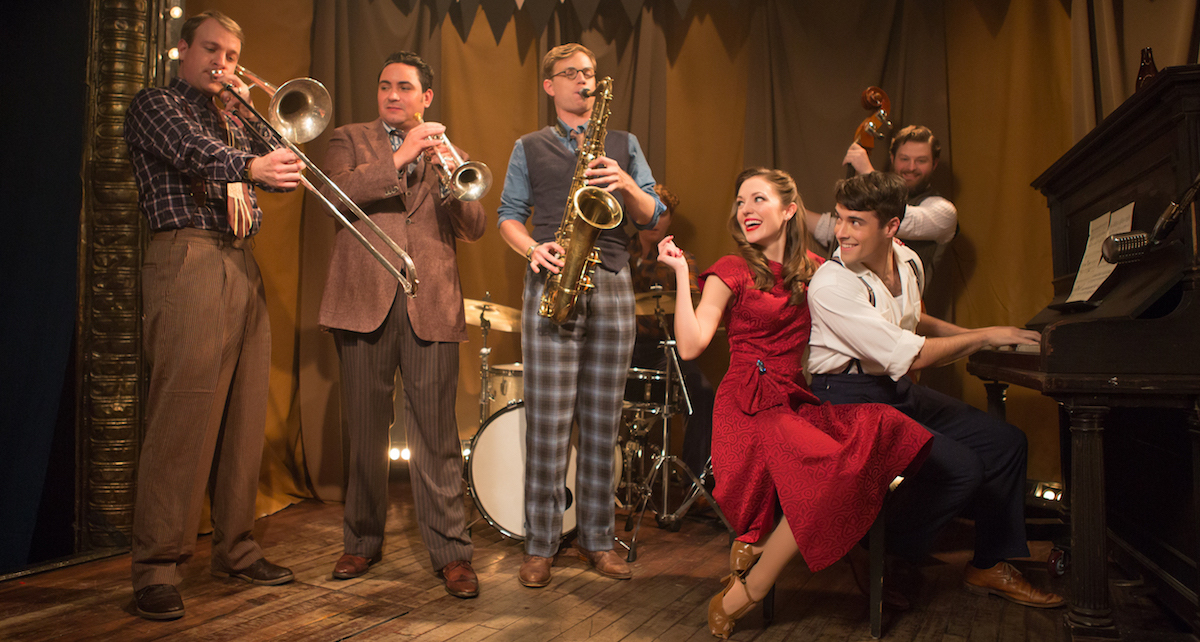 Andy Blankenbuehler is arguably one of today’s most versatile Broadway choreographers. His currently running productions range stylistically from virtuosic and highly technical feline-jazz in the Cats revival to hard-hitting contemporary hip-hop in a little show called Hamilton. Other recent choreography credits include Bring it On, Annie, 9 to 5, and In the Heights. Blankenbuehler’s latest work can be seen in the “New American Musical”, Bandstand. 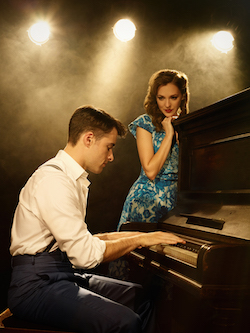 After a successful run at Paper Mill Playhouse in the fall of 2015, Bandstand opened on Broadway on April 26 at the Bernard B. Jacobs Theatre. The show, set in late 1940s Cleveland, follows the journey of a band made up entirely of veterans and a war widow. The band enters a nationwide competition where the winner’s music will be featured in Hollywood movies. And while “The Donny Nova Band” performs live toe-tapping orchestrations throughout the show, this poignant, original musical has deeper layers — looking at the reintegration of veterans in society, music as a form of post-traumatic therapy and the concept of bravery, both on the front lines and in everyday life.

Blankenbuehler serves as both director and choreographer of Bandstand, which undoubtedly helps the choreography not only to integrate seamlessly into the plot but also to supplement and support it. There’s a good amount of all-American swing dance with fantastic partnering that goes beyond the typical “straddle around the guy’s waist” or “slide between his legs”. But no matter a casual swing dance with couples partnering independently or a lively ensemble number with lifts and turns and tosses, the choreography is always believable and natural (albeit quite technical and athletic). Nothing is ever over-performed, looking for a cheer or mid-number applause from the audience. Rather, the dancers are invested in the energy, movement and feeling between each other — and that’s what breeds a sense of electricity in the house. The audience isn’t just excited to watch performers on stage; they want to be up there too.

Bandstand is a testament to how a period piece can fuse authentic choreography with contemporary movement in a way that maintains its integrity — and, in fact, it might even strengthen its impact. There are hip-hop and modern dance references throughout the show. And while this might seem odd, the moments are remarkably powerful and beautiful. The top of the show opens with four soldiers sitting on stage with one leg extended and the other one tucked in. The men perform a series of pedestrian poses in unison (a salute, a crouch), reflective of the motions of war. But the scene breaks into controlled chaos, where the rigid poses are interrupted with more fluid, full-body transitions (pliés, body rolls). The ensemble moves and breathes together to adapt to the battle. In another scene, “shadows” follow each member of the band throughout his day dealing with PTSD. This “shadow” game is a common exercise in modern dance classes, connecting two dancers through breath, rhythm and motion but not touch. Each veteran has a “shadow” — an ensemble male dressed in uniform — behind him, mimicking his every move and representing a physical (and psychological) burden of life as a soldier. At another moment, the uniform-clad ensemble men pile onto a piano at which Donny is working and push the instrument across a bare stage. The image is reminiscent of the marines raising the flag at Iwo Jima.

In period musicals, purely period choreography can sometimes seem contrived. Blankenbuehler’s seamless integration of contemporary movements in Bandstand connects the 1945-specific setting with modern day sentiments and understanding. It also illuminates the universality of the story — reintegration of war veterans and the effects on their families are still relevant topics today.