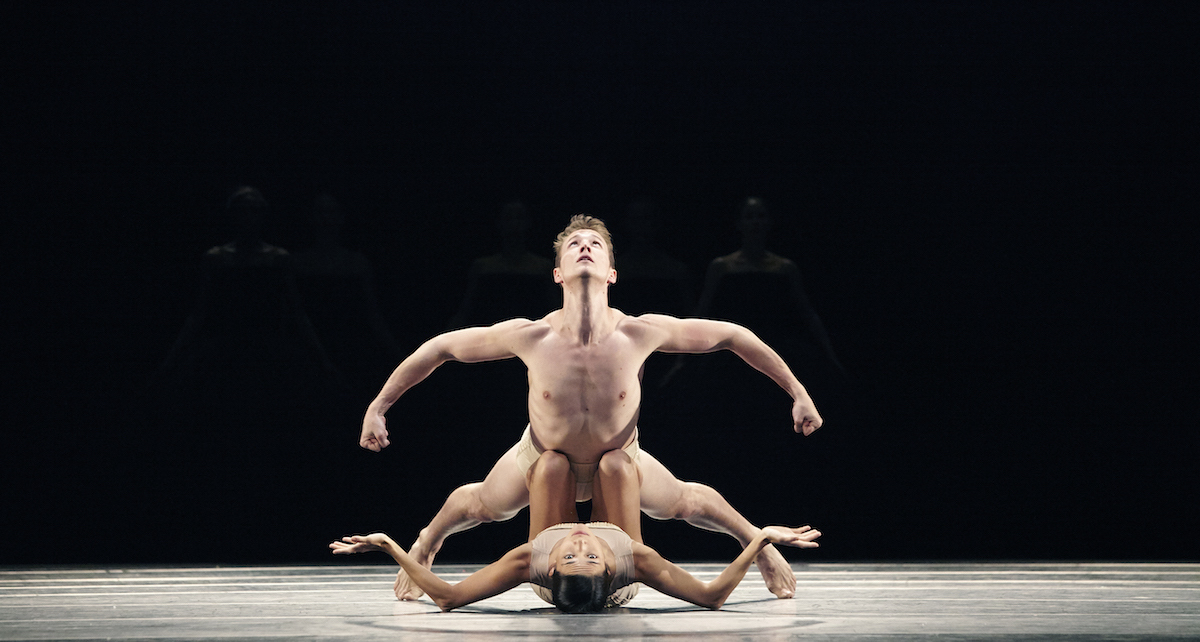 The first piece of the night was Balanchine’s Allegro Brillante, with company members Jackie Nash and Jacob Bush in the starring roles. The word “allegro” means “at a brisk tempo”, and it is clear why Balanchine was inspired to name this piece with the brisk tempo of the music and difficult, quick movement in mind. Allegro is a classic Balanchine piece, with many jumps and intricate footwork, and was danced brilliantly by Nash and Bush and the eight company members in the corps. 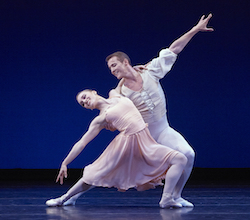 Allegro was light and airy, and full of vivaciousness and smiles. I appreciated the dancers’ happy performances. To the untrained eye, the Balanchine piece (and many other Balanchine pieces really) can seem “easy” because of the simplistic nature of the backdrop, costumes and the lack of a narrative in the choreography. But the Atlanta Ballet company members thrived in this number and left me with a sense of friendship and joy.

The second piece to take the stage is one of my favorite Kylián pieces, Petit Mort, meaning “small death”. Originally choreographed for Nederlands Dans Theater by Kylián in 1991, Petit Mort features fencing foils (swords), props that are cut-outs of dresses on castors that six female dancers use in the choreography, and gorgeous partnering that pushes the boundaries of gender roles.

Petit Mort began in silence with six male dancers balancing the fencing foils on one finger, while six female dancers were behind the prop dresses upstage in the shadows to set the mood of the piece. There were a few missteps by the dancers during this piece, which is almost always to be expected when props are involved. For example, a foil was almost dropped, but recovered gracefully, and one female dancer dropped a prop dress when there was supposed to be a pause in the choreography, but most of the audience thought it was supposed to happen, so no shock or harm was done. 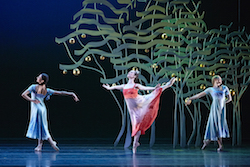 The piece then moved from the opening ensemble section to a more intimate section with four short duets. Aside from the first couple, I found there to be a lack of connection from the partnerships. The pairings of some of the dancers were a bit strange to me – the heights and movement quality of the couples were off in a way that it made it hard for me to focus on the choreography. There were beautiful moments, shapes and pictures displayed throughout the piece, however. Overall, there was a sense of baited breath, which fit nicely with the ambiance of the piece, but I disappointingly felt there to be little commitment from some of the dancers.

The third and final piece of the evening was Possokhov’s classical work, and the show’s title piece, Firebird. The set design by Yuri Zhukov seemed like it was created directly from an illustration of the Russian folktale; it had a simplistic, playful and youthful feel. 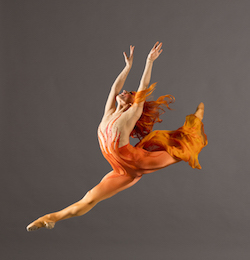 The performance of Firebird was accompanied by a live orchestra, wonderfully conducted by Beatrice Jona Affron, which heighted the performances of the dancers. There was an especially good moment when the evil sorcerer, danced brilliantly by Jared Tan, made his entrance to an abrupt accent in the score and the audience (including myself) jumped in our seats.

The Firebird, danced by company member Jackie Nash, was an athletic and non-uniform female ballet lead. Nash handled the part well and displayed her wonderful technical ability and engaging performance quality. The love triangle between the Firebird, the prince (Christian Clark) and the princess (Alessa Rogers) was emotionally captivating from the three lead dancers. Firebird, starring almost the whole company, including some apprentices, was acted and danced rather well and left me with a sense of hope for the company’s future.