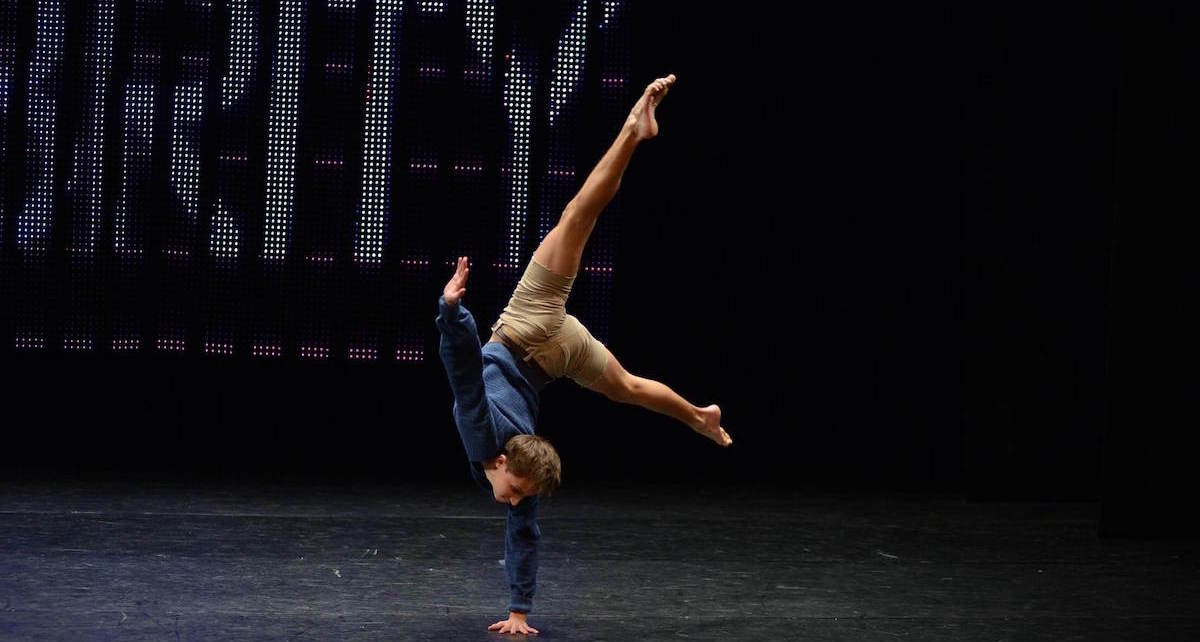 What does it mean to be a hero? Do you need a cape, or a mask, or the ability to leap buildings in a single bound? Sixteen-year-old dancer and cancer survivor Alex Swader may actually be able to handle that last part. Nonetheless, he is living proof that heroism has little to do with super powers and fancy accessories. It is, rather, a potent combination of intangibles — hope, courage, empathy, a desire to help others — all of which Alex seems to possess in spades.

Like many dancers, Alex’s career began when he was a toddler, at three years of age. Also like many other dancers, his initial foray into one form, tap, propelled him into others, including contemporary, jazz, and ballet. His story veers off the beaten path in July 2007, when he — only seven years old and already a seasoned performer and competitor — and his mother, Michelle, were preparing to celebrate a victory at the Applause Talent Nationals. 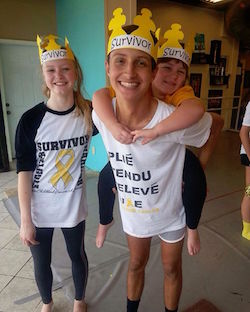 Alex Swader and survivors. Photo courtesy of the Swader family.

“It was weird how it happened,” he says. “She found the lump in my back while congratulating and hugging me because I had just won the competition in my division.”

At first, the bump was deemed a benign tumor. But as it grew rapidly over the course of several months, Alex faced surgery to have it removed in January 2008. Soon after, an oncologist at Children’s of Alabama diagnosed the young patient with Ewing’s sarcoma, a rare type of bone cancer that affects only 200-250 children and teens in the United States each year. Alex’s immediate treatment plan called for several additional surgeries along with months of chemotherapy, scans and tests — all in the midst of what was a typically busy dance season for him.

“At the beginning, I tried to dance while I was in treatment, but I eventually just got too weak to do it,” he recalls. “I got really frustrated with myself because I couldn’t pick up choreography fast enough, and I wasn’t keeping up with the rest of my team. I decided to just kind of let it go.”

Michelle adds that, “being only eight at the time, he didn’t understand what neuropathy was, and why his ankles wouldn’t work, and why he kept tripping. It was hard for him… He’d be crying in the back seat as I drove him home from classes. He was just so confused and upset.”

Nearly a year after his treatment began, when his scans came back clear and his cancer was officially in remission, Alex was reluctant to return to the studio and stage. He worried that he would not be strong enough to train as he once had, to keep up with his peers, and to compete. He has his mom to thank for the opportunity to prove himself wrong. 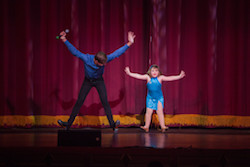 “I knew what love he had for dance, and I thought that it would be therapy for him, so I really did push the issue [of his return],” Michelle says. “I’m glad I did, because I remember the first tap class he went back to: He got a combo, and there was this beautiful smile, and I knew that he would go back for good. I knew he wouldn’t stop.”

Although Alex had emerged on the winning side of his personal battle with cancer, his fight against the disease also showed no signs of stopping. As he worked his way back into dancing shape, he began to visit Children’s of Alabama in a new capacity: as an unofficial spirit-lifter for patients whose fear, pain and general vulnerability he understood all too well. When not delivering dance performances to a grateful audience, Alex would make the rounds of the hospital with his own brand of medicine: cheery stuffed animals affectionately referred to as  “chemo monkeys” by hospital staff.

“Alex always had this little orange monkey attached to his IV pole,” remembers nurse practitioner, Rhonda Chandler Smith, who was part of his care team throughout his therapy and recovery. “It was kind of his good-luck charm. Now he shares the monkeys with kids currently undergoing treatment.”

Alex’s small personal gestures soon evolved into Dancers Fighting Cancer (DFC), a fundraising organization created by the Swaders in support of childhood cancer research and the fostering of awareness about the illness. The first big move for DFC was to launch a charitable gala called Tapping Out Childhood Cancer, now held annually in September (Childhood Cancer Awareness Month). In addition to an evening performance featuring students from local dance studios and professionals, the event comprises a one-day dance intensive and a post-show reception. On the day of the performance, children who have survived or are currently battling cancer, along with their families, are driven to Birmingham’s Alabama Theatre via chartered bus, then walk the red carpet to their VIP seats at the front of the house. 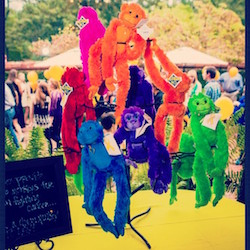 This year, professional participants will include the Alabama Ballet, Arova Contemporary Ballet and Project 7 Contemporary Dance Company. So You Think You Can Dance Season 5 alumna Caitlin Kinney will also make a return appearance, as will Christina Ricucci and Jake Tribus, co-founders of Artists Giving Hope (profiled in Dance Informa earlier this year) and longtime supporters of DFC. Of course, Alex will have plenty of stage time, as well.

“Cancer was intertwined with Alex’s dancing from very early on, so it made sense for him to build a cause around it and use his dance as a platform to draw attention to the need for a cure,” Michelle reflects. “There’s an account set up at Children’s [of Alabama] for Dancers Fighting Cancer, and he gets to have a say in where he wants the money we raise to go. The older he gets, the more he understands how unique that is.”

Beyond the annual gala, Alex remains involved with the hospital, taking advantage of a renovated entertainment area where, he says, he and his friends “host small parties for the kids, sometimes dressing up as super heroes, sometimes as characters from Disney shows — whatever the hospital needs, we kind of jump in and do it for them.” As for those chemo monkeys, they’re now a standard feature of the intake process for children diagnosed with cancer: Each new patient receives one of the brightly hued creatures accompanied by a card that tells Alex’s story.

And that story, Chandler Smith states, is nothing short of extraordinary. “Patients and families do give back,” she confirms. “But for this kind of effort, this kind of passion to make cancer go away, to come from a survivor, especially one who was young when he started treatment and is still young… To be honest, I’ve never seen that. That’s a rarity.”

Alex, now a junior in high school, is not yet sure how his dance career will unfold once he graduates. But wherever he ends up, he plans to bring DFC and Tapping Out Childhood Cancer — not to mention his indomitable spirit — with him.

“It’s hard not to say that I was taking a lot of things for granted before this happened,” Alex admits. “Now, I feel that I should really just put my whole heart into everything I do because you don’t know when it’s going to be your last competition or your last convention or your last dance class or your last right pirouette. I make things a lot more special than they might be to others.”

This year’s Tapping Out Childhood Cancer dance intensive will take place on Saturday, September 24, followed by the gala on Sunday, September 25. For more information or to donate, click here, and follow @dancersfightingcancer on Instagram.