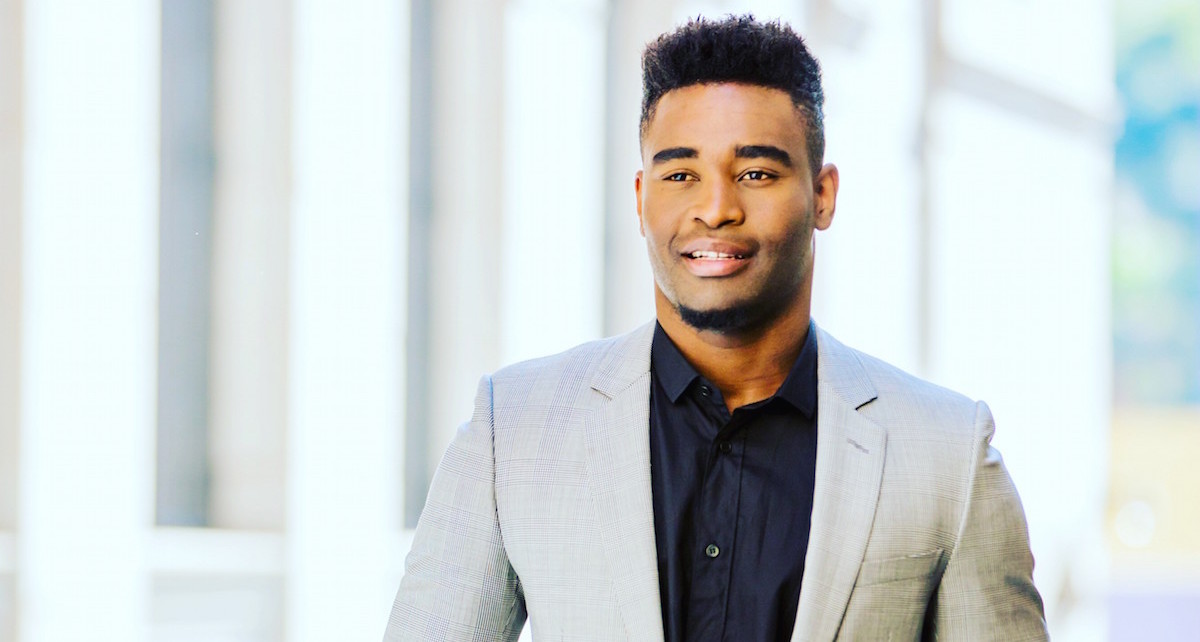 From the time we’re in diapers, although we may not recognize it, dance and movement flow through our body. We can bounce and move to pretty much any beat or series of sound we associate with, and soon enough dance becomes a serious endeavor to pursue long-term. Keo Motsepe is a shining example of how early dance potential starts, especially with young boys.

Born in South Africa, Motsepe began dancing for fun at the age of five. By the age of seven, Motsepe started taking dance seriously, which inspired him to start training with Rafick Hoosain. Motsepe reflected on how much of an influence Hoosain had with furthering his love for dance. 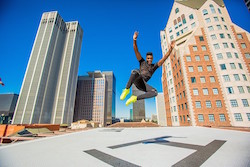 “He has been a mentor for me my entire life,” says Motsepe. “He made me the dancer I am today because he took that passion that he saw in me and made me see it and believe it.”

Motsepe’s professional career essentially began when he entered the competitive dance scene when he was 11 years old. Representing his country, Motsepe competed in Latin and Val lroom dance styles. Competing in these various competitions was just the beginning for Motsepe. In 2014, Motsepe joined ABC’s Dancing with the Stars (DWTS) cast as a pro. Being in this new realm of competitive dance, although exciting, has presented great opportunities matched with great challenges as well for him.

“I think one of the biggest challenges that I’ve faced and continue to face is going beyond the limits for what I think and can achieve,” shares Motsepe.

With long rehearsals and a seemingly short amount of time to learn choreography for each show, Motsepe says, “Being on DWTS, where you are choreographing a new piece every single week, you have to find new things that inspire you to create something that will be better than the week before.”

Regardless of the challenges that may be thrown at him, Motsepe expressed one of the most important skills that he utilizes to improve himself on the show.

“It’s important to keep things fresh and to continually break through the limits that you’ve set forth for yourself,” says Motsepe.

Now, in his fourth season of DWTS, Motsepe has become a crowd favorite and is partnered with Jodie Sweetin from Full House and Fuller House. Motsepe talked about his initial reaction when he found out that he would be partnered with Sweetin.

“When I found out that she was my partner, I was so thankful,” says Motsepe. “That first rehearsal was so memorable for me because I knew I had a partner that was going to give 110 percent to this process.”

Motsepe went on to describe his experience with Sweetin as his partner on DWTS. He characterized his experience thus far with Jodie as truly incredible.

“She has the best attitude,” says Motsepe. “Whenever I choreograph a piece and show it to her, no matter how hard a dance move is, she always wants to try it.”

Sweetin’s positivity and willingness to learn have fueled Motsepe’s drive to challenge her with each piece he choreographs for them. In Season 22, or any other season for that matter, there is always a performance that really stands out and plants itself in the memories of not only the audience but the dancers as well. Though it may seem impossible to choose a favorite performance, Motsepe managed to find one that made a strong impact on his and Sweetin’s partnership so far.

“If I had to choose one, I would say our contemporary dance to ‘Try’ by Pink because it demanded so much from both Jodie and I,” says Motsepe. “She was the warrior that I want to see in her every week.”

Motsepe and Sweetin continue to push the limits with new choreography and are striving to remain strong during Season 22 of DWTS. For someone who hasn’t done ballroom or Latin dance but wants to pursue it, Motsepe offered some great words of wisdom.

“Never limit yourself,” he says. “Never doubt yourself. Believe what you are doing, and follow your instincts.”