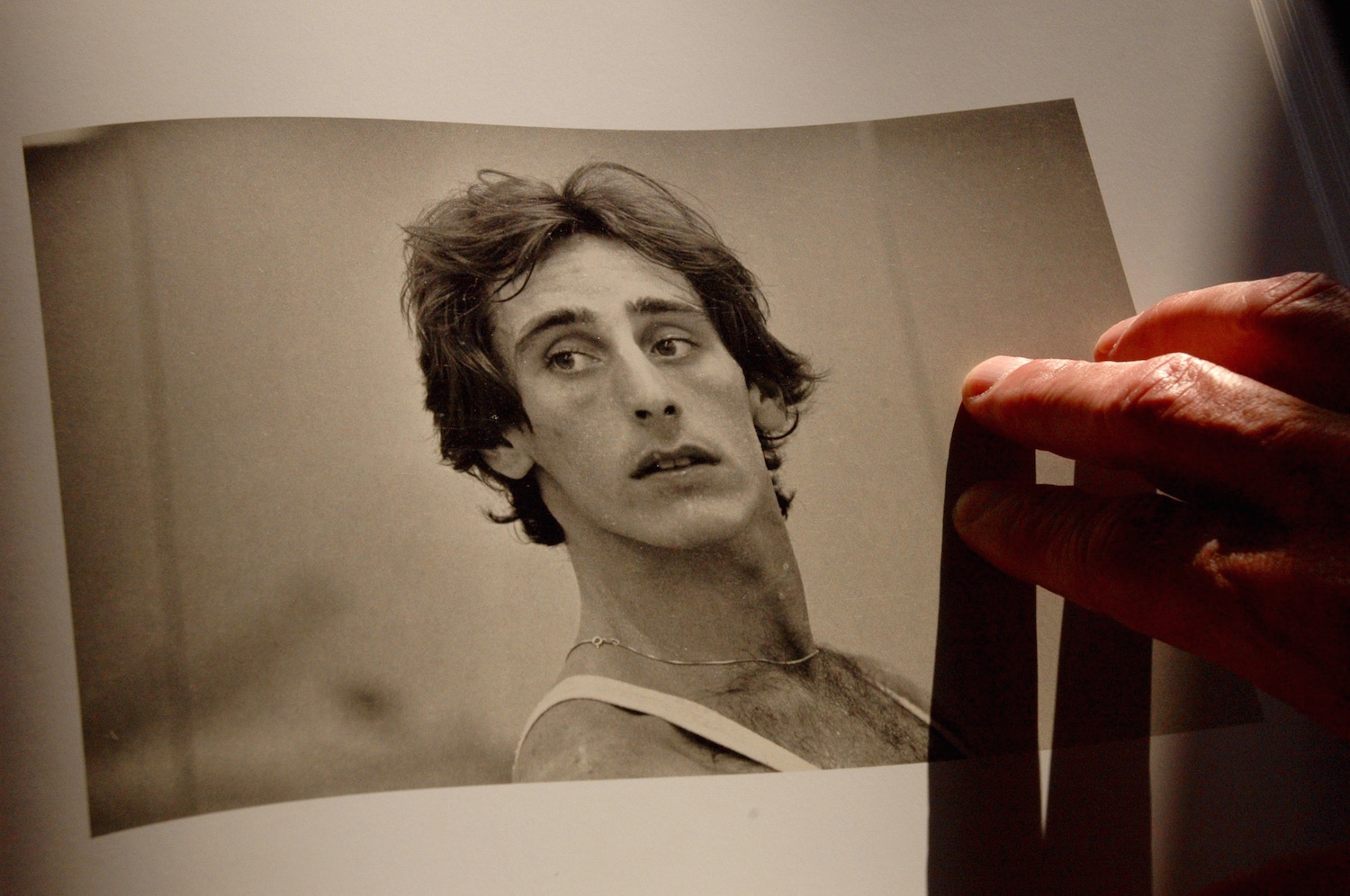 Former male ballet dancer and current accomplished teacher recalls dancing in the age of Balanchine, Nureyev and other greats.

Many believe that the Golden Age of American ballet history is when George Balanchine was at the helm of the New York City Ballet from the late 1940s to the early 1980s. Around the same time, Rudolf Nureyev was taking Europe by storm, and many classical companies were expanding their interests and beginning to explore modern dance. One dancer who vividly remembers this unique time is Wade Walthall, now artistic director of the Gwinnett Ballet Theatre in Georgia. 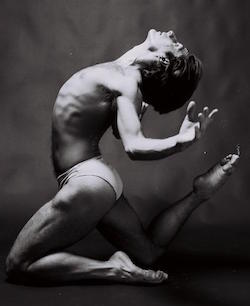 Walthall can personally reminisce on this dynamic time – “really one of the high points of dance history”, he says – as he was on the frontlines dancing with major companies in both Europe and the U.S., from the Dutch National Ballet to Pacific Northwest Ballet. When asked how he started dancing and what sparked his passion for movement, he recalled his teenage years in Texas.

“A friend of my sisters who wanted a boy for her recital introduced me to dance,” he says. “I went and did the recital, and the teacher said, ‘You have an enormous amount of talent at this and you should go farther.’”

So, at age 18, he started dancing and was soon thereafter accepted to train at the School of American Ballet (SAB) in New York under a Ford Foundation Scholarship. “It’s just different when you start late,” Walthall explains. “You have such a different drive than everyone else. I just said, ‘I’m going to be a dancer’, and I was set on that happening. I took class from all these teachers in New York, even though I wasn’t supposed to. I took my classes at SAB of course, but then I also took classes everywhere else, too – at the Joffrey, at American Ballet Theatre, with all the local teachers at Carnegie Hall.”

After only four semesters at SAB, Walthall was invited to join the Dutch National Ballet as a soloist. The director, Rudi Van Dantzig, handpicked him.

Reflecting on this time, Walthall says, “I was there for seven years, and out of that I also went one year to be the principal resident guest artist for the National Ballet of Spain under Víctor Ullate.”

He recalls that his first professional performance was actually with the Soviet-defected legend Rudolf Nureyev. It was a pas de deux called Blown in the Gentle Wind, choreographed by Van Dantzig. Talk about intimidating! 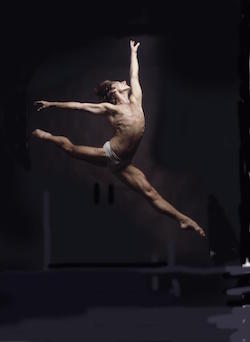 While in Amsterdam, he performed an extremely varied repertory, including works by some of the world’s top choreographers. “We did so much there,” he shares. “We had three in-house choreographers. We were constantly performing.”

Walthall returned to the U.S. in 1982 as a principal for the Pacific Northwest Ballet (PNB) under the direction of Kent Stowell and Francia Russell. He was the leading dancer the first time the company toured to Los Angeles, Vancouver, San Francisco, New York and the Kennedy Center. He was also the lead male in the cinematic version of the Stowell/Sendak/Ballard movie, Nutcracker: The Motion Picture.

In total, Walthall danced for 15 years before he retired. He prattles off story after story – van Dantzig creating ballets on him in Holland; visiting Frederick Ashton’s apartment in London; staying at Nureyev’s house in the south of France; meeting various figures of The Royal Ballet, as well as John Neumeier. He performed with artists such as Alexander Gudanov, Wayne Eagling, Merle Parke, Leslie Collier and Karin Kain, and in cities including Paris, Rome, Toronto, New York City, San Francisco, Los Angeles, Jakarta and Hong Kong.

He toured with Nureyev a few times. He recalls, “The first one was a European one. We went to several cities in Switzerland, Austria and Germany. Then we did another one where we went to America. That was a great tour! We were in America six weeks, touring to Chicago, St. Louis and San Francisco and staying in first-class hotels. Then we did a New York season with him two separate times and went into Canada another time.” 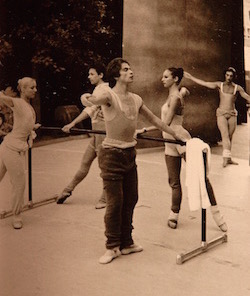 Some of these shows had up to 12,000 attendees! “They were big audiences and always sold out,” Waltham says. “We did two different ballets aside from Corsaire and Apollo.”

When asked who he regards as his best dance partners, Walthall mentions Valerie Valentine at the Dutch National Ballet and Deborah Hadley at PNB. He says he was especially adept at partnering. “I would partner a lot of the girls because I could do that,” he adds. “One short, one in the middle, one tall, all right after another.”

He says his favorite work he performed was Swan Lake. “It sounds cliché, but I really think that’s the part I liked the most – for a lot of reasons actually,” Walthall shares. “It was an extended evening, it was a character, it had a lot of feeling, but also technique. I think that ballet was the high point of my career at PNB, although there were a lot of other parts I loved like Le Spectre de la rose, Frederick Ashton’s Midsummer Night’s Dream, Giselle and all the Balanchine work. I always loved those because they felt good.”

In his career, Walthall recounts that he performed 26 different Balanchine ballets, from Serenade to Concerto Barocco to The Four Temperaments. As a matter of a fact, he recalls an early memory of Balanchine when he was a student at SAB.

“I walked up to Balanchine in the hall at the School, which no one ever did, and I said, ‘I’m getting older now. I need to be in a company,’” he remembers. “He looked at me like he was surprised, but he said, ‘Oh, you know, my dear, when we come back from Kennedy Center you can come and take company class.’ He looked at me, and it was one of the only times I remember going totally red in the face. It was like he knew just by looking at me what my life was going to be, how I was going to do in my dancing career. You could just see it. He had the most powerful presence of anyone I’ve ever met in my life. He’s a genius, and his ballets are genius.” 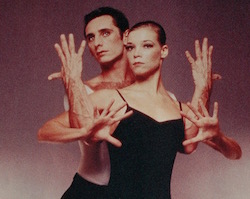 When asked what it takes to be an artistic director, he explains, “There is a temperament that’s necessary. There are a lot of responsibilities above just being an artist. To be really successful, you have to be somewhat pragmatic also. I think it’s rare, but ideal, to find someone who’s both artistic and business-like. It happens, but rarely.”

Reflecting on Walthall’s life, it’s amazing to hear how one teenage competitive swimmer was able to make it as a professional dancer in a matter of three years. He trained at the best school under the famous “Mr. B” and danced with the world’s foremost choreographers and artists. 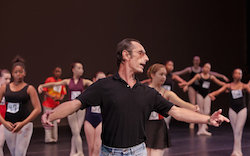 When asked what he thinks has changed in the dance world since he retired, he poignantly states, “This is the age of the dancer and not the age of the creator.” When he danced, it was more about the choreography and what was being created. Now, he observes that individual dancers seem to be the ones in the spotlight, not the dancemakers.

He advises aspiring dancers to work hard and to find their own voice. “You have to find your specific groove,” he says. He also recommends that dancers know where they’re going, what their vision is. He references the phrase “wherever you go, there you are.” He hopes dancers and companies will focus on movement that is more “quality-oriented” than “quantitatively-oriented.” After all, that’s one of the reasons the Golden Age of ballet history was so “golden”.