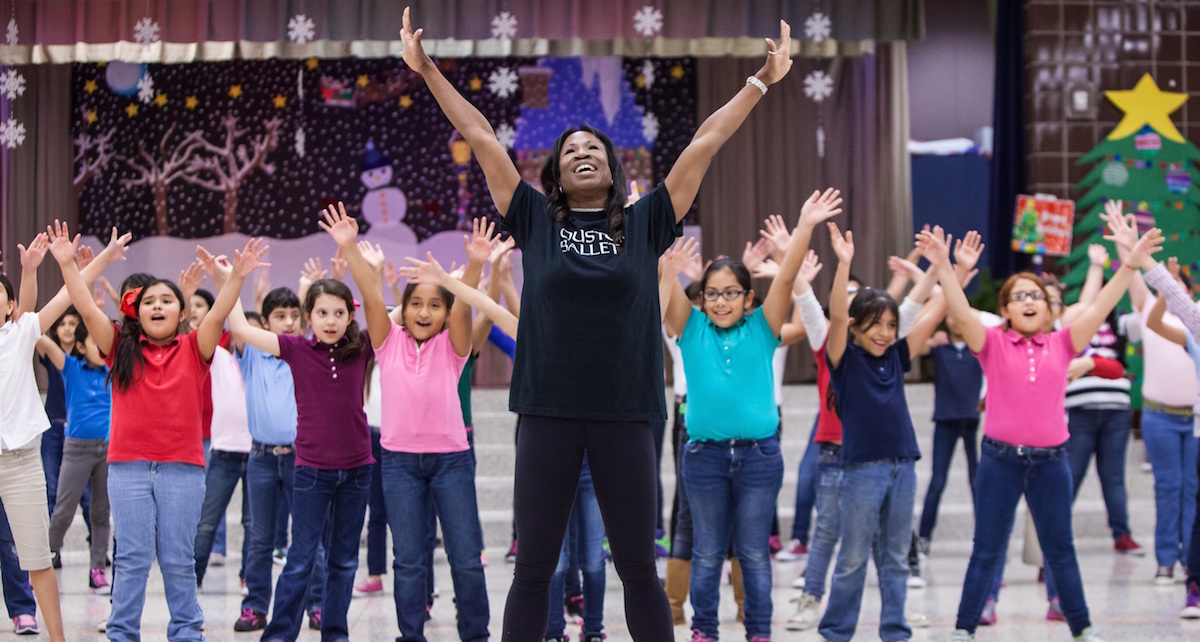 There is a (thankfully growing) list of African-American females who have pioneered in the dance world, opening up the door for generations to follow. There’s Raven Wilkinson, the first African-American female to dance with a major classical ballet company (she signed her contract with Ballet Russe de Monte Carlo in 1955). There are also modern dance forerunners Katherine Dunham and Pearl Primus. Judith Jamison was a star dancer with Alvin Ailey American Dance Theater, where she originated many roles and later served as the company’s artistic director for 21 years. Debbie Allen, former Broadway dancer and legendary choreographer, won three Emmy Awards for her work in the industry. And, more recently, there are Michaela DePrince, who went from war orphan in Sierra Leone to ballerina with the Dutch National Ballet; and Misty Copeland, the first African-American female principal with American Ballet Theatre. 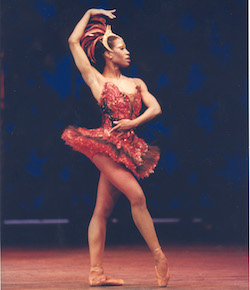 And one not to be forgotten: Lauren Anderson, who danced with Houston Ballet from 1983-2006 and was the company’s first African-American principal dancer, and who now lectures and teaches across the country and at the Houston Ballet Academy.

This month, Black History Month, we celebrate Anderson, who has paved the way for others and continues to give, give, give to the dance community. On February 13, she will host the Florida Youth Dance Gala, where attendees will be fortunate to learn from this legend.

Anderson began her training at the Houston Ballet Academy at the age of seven and entered the company upon her high school graduation, in 1983. She went on to perform numerous leading roles to critical acclaim and was promoted to principal status in 1990.

She recalls some of her most memorable moments during her dance career, such as her first performance as the Sugar Plum Fairy in The Nutcracker in her second year with Houston Ballet. “I had wanted to be her since I saw her for the very first time at the age of seven,” Anderson tells Dance Informa. “Another was, of course, becoming a principal dancer. I never dreamed it could happen. And then having ballets created for me – Don Quixote and Cleopatra.” 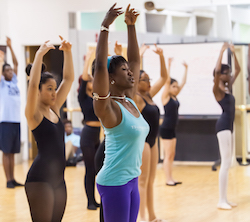 Lauren Anderson teaching students of Elsik High School during Learning from the Masters, an Education and Community Engagement program. Photo by Amitava Sarkar.

Anderson also reflects on the progress and current status of the presence of African-American dancers, choreographers and directors in the dance world.

“Of course, there has been progress with different things at different times,” she shares. “During the civil rights movement immerged black dance companies like Alvin Ailey in the late 50s and Dance Theatre of Harlem in the late 60s. In the 70s and 80s, black men becoming principal dancers in major ballet companies. In 1990, I became a principal dancer in a major ballet company, and, in 2015, Misty Copeland is a principal dancer with ABT. So it has definitely progressed. It just seems sparse. Now with social media, we see progress happening more rapidly because…we can see it as it is happening.”

Following her successful performance career, and perhaps with a desire to reach dancers who aspired to follow in her footsteps, Anderson became the Program Manager of Education and Community Engagement at the Houston Ballet Academy.

She notes that dance and the arts have enriched her life immensely and that dancers with big dreams should never give up. “I think one should get the most out of life that you can,” she adds. “It is one thing to witness the beauty of art and another to be a part of it and create it, especially for youth from underserved communities. Dance is escapism, freedom and the opportunity to express themselves.”

A frequent special guest at various dance happenings, Anderson will, for the first time, act as an event’s host at the third annual Florida Youth Dance Gala on February 13, at Lake Worth’s Duncan Theatre. The Gala’s founder and director, Mauricio Cañete, who also danced with Houston Ballet, is honored to have Anderson at the event, where she will teach a master class on stage for young dancers from leading dance academies throughout Florida.

“There’s nobody better than Lauren to host the Florida Youth Dance Gala 2016,” Cañete says. “As a former Houston Ballet dancer, I had the opportunity to share the stage with so many great artists, and Lauren was one of them. The reason I chose Lauren is because she knows what it takes to be a dancer, and her outgoing, energetic passion is contagious, and that’s what the new generation of dancers needs. She is a celebrity for the dance community.”

Anderson shares the excitement about the Gala. “I hope to pass on to [the dancers] some of the artistry that was given to me in the studio,” she explains. “They are all probably very capable technically, or they would not be there.” 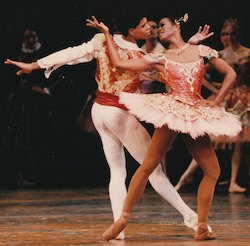 Cañete adds, “Lauren is an example to the dance world. Her knowledge, dedication and discipline have taught so many dancers, including myself, that you can get anything you’d like in life as long as you keep trying and don’t give up.”

Throughout her performance career, and also now, during her life off stage, where she is busy teaching, guest lecturing and judging competitions, hard work has always remained a constant for Anderson. She says that she’s always enjoyed the “process” aspect of a performance – the time and work spent in the studio before any curtain goes up. And now, Anderson is leading the process and helping dancers rise to their own top.

“Being a ballerina is not just tutus and tiaras,” she says. “It’s a lot of hard work and literally agony of the feet. However, the best thing that has come out of my dance career is the knowledge and understanding of the technique and the art of ballet. I love teaching, training and coaching students. That is what I am really put here to do!”

For more information on the Florida Youth Dance Gala, or to purchase tickets, visit www.floridayouthdancegala.com.