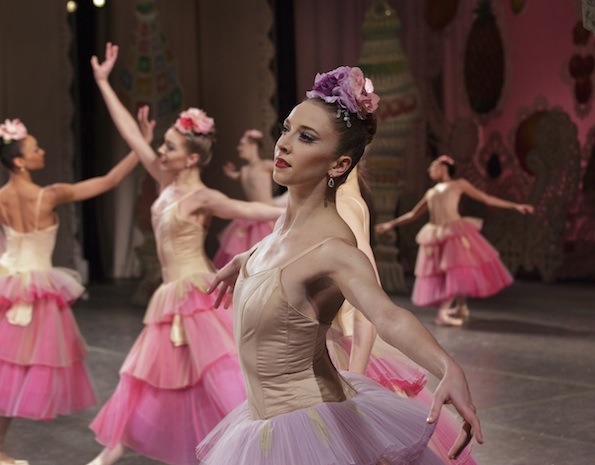 Performing The Nutcracker becomes just another of the many yearly traditions that dancers may look forward to during the holiday season. Some professionals have performed in the ballet classic since they were young, some have danced the same role for years, others have aspirations of characters to someday portray, and for most, the ballet is synonymous with the joyous time of year. Whether they lead the Snowflakes, the Battle Scene or dance in the Land of the Sweets, most will say they have a favorite part.

Here, Dance Informa speaks with some professional dancers on those Nutcracker roles and others they’d wish to dance.

What is your favorite role to perform in The Nutcracker and why?

Ingrid Silva, dancer with Dance Theatre of Harlem
“Sugar Plum! It’s beautiful and captivating. It has a love story that is just brilliant, and I love the music. I love the couple dancing in the pas de deux, variations and coda sections. It’s challenging but also fun. My heart becomes full of joy.”

Gretchen Smith, corps de ballet, New York City Ballet
“My favorite Nutcracker role to perform, thus far, would probably be Demi-Soloist Flowers in Waltz of the Flowers, although most loathe it. It’s quite hard. Some would tell you Balanchine’s version is one of the hardest parts they have in their repertory. I just love it so much in that it is truly one of the most beautiful moments of the ballet to me. The music and the costumes! And I truly love the physical push. You really feel so accomplished when you run off the stage – calves and feet burning, out of breath, dying for water. Some call it ‘seven minutes in heaven’ in jest, which always makes me giggle. Flowers is so special to me for some reason. I adore it.” 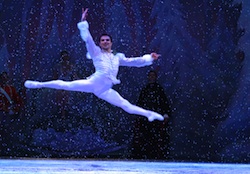 Derrick Agnoletti, member of Joffrey Ballet
“It would be a big lie if I said I didn’t love dancing Fritz in Joffrey’s version of The Nutcracker. I love the transitions of the role. In this particular version, Fritz turns into the Snow Prince, while mother and father appear in the snow scene as the Snow King and Queen. Clara sees her brother in the snow playing and dancing fast and furiously, calling on snowflakes and turning, whipping jetés and saut de basques. I enjoy the frivolity of Fritz in the party scene but then really cherish dancing in the snow scene as Clara is watching in the distance. It makes me feel connected continuously throughout the ballet to Clara as my sister.”

Tiffany Hedman, member of English National Ballet
“Snow Queen, bar none. The music moves me like nothing else, making me feel beautiful and free. I love having a partnership on stage as well, so with my Snow King by my side, I am transported into another world of endless possibilities. However, not all Nutcracker productions have a Snow Queen and King! Each company holds a different and unique version of our favorite Christmas-time ballet!”

Jennifer Carlynn Kronenberg, principal dancer with Miami City Ballet
“With MCB, I have danced about every female role there is in the ballet! The role of the Sugar Plum Fairy is definitely my favorite, mostly because her persona is just so magical and special for both the audience and the children involved in the production. It is such great fun to see the little Angels’ expressions as they gather around me at the start of Act II. Also, the Grand Pas de Deux music is so lush and gorgeous to dance to that I still find myself getting lost in it, even after all these years!” 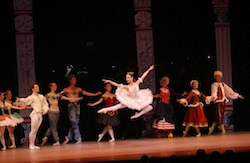 American Ballet Theatre’s Nicole Graniero in the role of Sugar Plum Fairy in “The Nutcracker” by The Australian Conservatoire of Ballet. Photo courtesy of Nicole Graniero.

Nicole Graniero, corps de ballet, American Ballet Theatre
“My favorite role by far is Dewdrop! She gets to dance to the most beautiful music, leading the flowers along, with grace and pizzazz, making grand entrances and exits, leaping and turning. All this dancing to the best music in the whole ballet! And she usually has a great costume too – white or pastels, with a short skirt so the audience can see her legs and feet. Besides Clara, I think she has the most fun!”

Alexander Collen, principal dancer with Ballet Theatre of Maryland
“Any of the pas de deux are fun. Firstly, because I love partnering; secondly, they tend to epitomize what ballet should be for a male dancer; and thirdly, you are also given the stage time to tell a part of the story, as opposed to the divertissements. But that said, Russian is also great. As physically demanding as it sometimes is long into a run, it can be great to just push for a minute-and-a-half and leave the audience knowing they’d love more.”

Clytie Campbell, dancer with Royal New Zealand Ballet
“It would have to be the Grand Pas de Deux. It’s just such a beautiful piece of music that I have loved since I was a kid. I never get sick of dancing to it.”

What is one Nutcracker role that you’ve never had a chance to perform but have always wanted to dance?

Tiffany Hedman
“Besides Mouse King?! That’s been a dream of mine from very early on! Having performed almost every role from Clara to Snow Queen at one time or another, I’d have to say that having just been introduced to English National Ballet’s version where Clara also dances to my favorite Snow Queen music in the first act and to Sugar Plum music in the second act, that would be the ultimate role I’d like the pleasure of performing.” 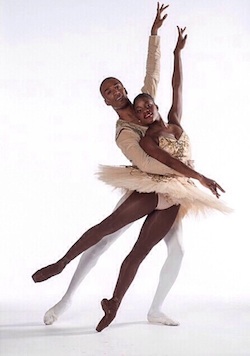 Derrick Agnoletti
“As a dancer, I am very honest with myself and try to see myself in a non-biased perspective. I think, as dancers, we all have a capacity and ability to shine in many different things. In Joffrey’s particular Nutcracker, I feel as though I have danced the roles that would suit me best. I find my dancing to be slightly on the edge of contemporary, and I don’t think I would fit the calm, classical, regal style of a Cavalier to the Sugar Plum Fairy. So with that said, I don’t think there is a role I truly desire to dance in this version. In many other versions, I love when the males dance in the Spanish divertissement in Act II, so I would have to say that is one that I feel I would love to dance.”

Ingrid Silva
“For many years, the role I had always wanted to perform was Sugar Plum. Last year, I was finally able to have that experience for the first time. This role has always been a goal of mine since I was a young girl. It became a dream come true, and I had a very successful performance. This year, I am having the opportunity to perform it again.”

Nicole Graniero
“One role I have never performed and always wanted to as a child was a Polichinelle. I think it would be so cool to come out from under Mother Ginger’s gigantic skirt. In some productions, there are not many kid roles in the second act, except for the Polichinelles. I thought it would be special to be in the second act with all the professionals and leads of the ballet!”

Gretchen Smith
“I would love to dance Dewdrop and Coffee, equally with the same amount of enthusiasm and absolute joy. They are two of my very, very favorite parts of the ballet – so different, but both so beautiful. Those have been two of my dreams since I was very little. Maybe one day! We will see!” 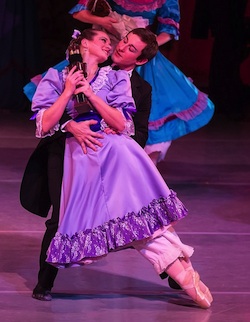 Jennifer Carlynn Kronenberg
“Although I can’t go back in time, I’d have to say either Marie or an Angel in George Balanchine’s The Nutcracker. Both roles seem to be entirely magical and significant to the children who dance them each year, and I can still remember sitting in the audience watching New York City Ballet and really identifying with them. I used to dream not of dancing the Sugar Plum Fairy but of dancing those roles!”

Alexander Collen
“The only role that I am sure I have never performed is Arabian. A great bit of my value to a company is the ability to get women into the air, so it kind of surprises me that I was never cast in the role, so it would win even by default if it weren’t a role that I really think I would enjoy.”

Clytie Campbell
“I’ve never danced the Snow Pas de Deux, but I would love to, because it’s beautiful music. You can’t beat Tchaikovsky!”