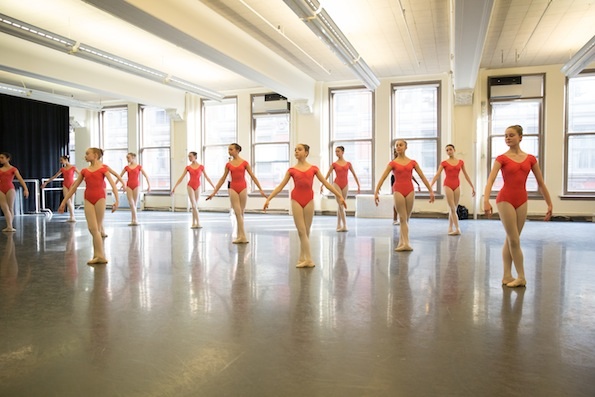 In an exciting announcement that surely left many West Coast budding ballerinas squealing with delight, Segerstrom Center for the Arts and American Ballet Theatre recently revealed the creation of a new dance school coming to southern California.

Expanding their 27-year relationship, Segerstrom Center and ABT have come together to launch the American Ballet Theatre William J. Gillespie School on the Center’s campus in Costa Mesa, California. The combined resources of one of America’s premier national ballet companies, and Segerstrom Center, one of the world’s leading presenters of dance, will offer unrivaled opportunities for training and nurturing future generations of dancers and dance audiences.

Named after Orange County philanthropist William J. Gillespie, who has been a board member of ABT since 1999 and an enthusiastic and generous donor to the Center for much of the institution’s history, the school will officially open in September 2015.

Alaine Haubert has been appointed Principal of the ABT Gillespie School. A former dancer and ballet mistress with ABT and noted dance teacher and coach, Haubert will work with ABT Artistic Director Kevin McKenzie and Melissa Bowman, Director of the Children’s Division of the ABT Jacqueline Kennedy Onassis School in New York. All classes will be taught by teachers who are certified in ABT’s highly respected National Training Curriculum. And, in holding with ABT’s standards, each class will feature live accompaniment. 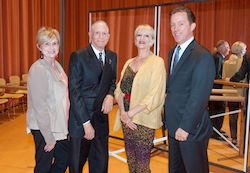 The school’s activities will all take place at Segerstrom Center’s dance studios, which have previously been used for rehearsals by nearly all of the world’s leading international ballet companies as the troupes toured to Costa Mesa for performances.

“American Ballet Theatre and Segerstrom Center for the Arts have dedicated themselves to furthering the development of, and appreciation for, one of the most expressive of all art forms – dance, which has been a cornerstone of the Center’s artistic programming since its inaugural season,” said Center President Terrence W. Dwyer. “Bill Gillespie is a tremendous champion for dance. His generosity enables two of his beloved arts organizations to make a significant and lasting impact on the world of dance and our vibrant and diverse community. It is hard to imagine a more passionate supporter of dance and the training of its next generation of great talents.”

The annual 36-week program of the ABT Gillespie School will begin with a fall semester commencing September 14, 2015. There will be nine class levels open to students ages 3-14 and tuition starts at $1,150. Registration for the school began last month on November 19.

For the school’s first year, Segerstrom Center will offer a limited number of scholarships, as well as a series of free classes for the community. Dwyer said, “The Center is committed to making sure that our education programs, including the ABT William J. Gillespie School, are available to as many children as possible…” 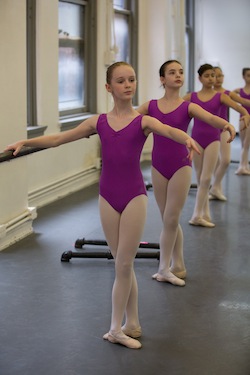 ABT CEO Rachel Moore stated, “American Ballet Theatre and Segerstrom Center have had many conversations about our shared passions and visions for enriching the world and future of dance. We are delighted that the ABT Gillespie School is another rewarding collaboration. I also extend our gratitude to Bill Gillespie for helping make possible this shared dream with his signature generosity and commitment to world class dance and community.”

Gillespie is a long-time benefactor of the arts in Orange County. In addition to his support of ABT and the Center, Gillespie has aided many other programs and organizations.

“This is an exciting and, in many ways, precedent-setting arts collaboration that has far reaching potential for the future of dance in Southern California and beyond,” stated Gillespie. “I congratulate the Center and ABT for embracing this concept and forging this alliance. It is my great honor to support this collaboration and the emerging talent that will be developed through this excellent training program.”

McKenzie recalled ABT’s history with Segerstrom Center, mentioning that the company has come to perform regularly since the Center’s first season in 1986. “It is a rewarding and important collaboration, and all of us at ABT are excited that we will have this new year-round presence,” he said.

Beyond the professional training that they will receive, students in the ABT Gillespie School will be offered many additional opportunities to enrich their ballet studies: priority opportunities to audition to appear in ABT performances at the Center, including the March 2015 world premiere of Alexei Ratmansky’s new production of The Sleeping Beauty and the December 2015 Center premiere of Ratmansky’s The Nutcracker, as well as participation in the ABT Summer Intensive, master classes, meet-and-greets with visiting companies, backstage tours and special ticket offers for dance performances at the Center. 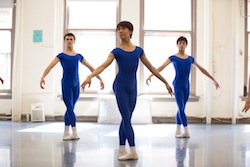 The ABT William J. Gillespie School will have nine class levels open to students ages 3-14. Photo by Rosalie O’Connor.

Prior to its September 2015 opening, the school will introduce two new programs: ABT Junior Associates Program, created specifically for the ABT William J. Gillespie School, and the ABT Young Dancer Summer Workshop. These programs and the adult classes beginning in fall 2015 are designed to ensure that students of all ages in Orange County have access to the creative and innovative world of dance and can advance seamlessly through the school’s curriculum levels.

Plus, save the date! An Inaugural Open House will be held on May 16, 2015 to welcome students who have registered for the program. This event will introduce prospective students and their families to the school administration, faculty and facilities.

For more information about the ABT William J. Gillespie School at Segerstrom Center for the Arts, to enroll or to learn more about the classes and scholarship program, visit SCFTA.org/ABTGillespieSchool, call 714-556-2122 ext. 4100 or email ABTGillespieSchool@SCFTA.org.