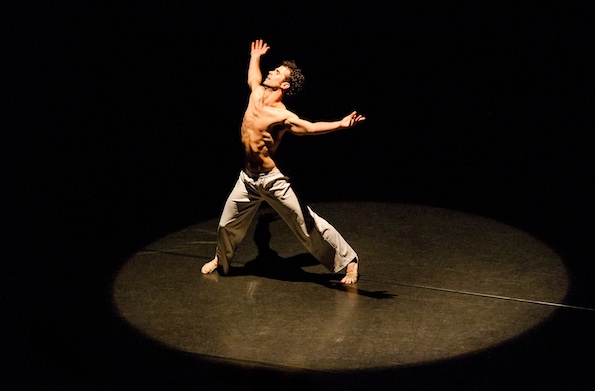 Touring and traveling for dance seems glamorous. Dancers are paid to do what they love, and they get to see the world while they’re at it. Seeing other cultures and experiencing different lifestyles across the globe can enrich a dancer’s personal life and can feed him/her as an artist as well. Touring life, then, most definitely has its perks.

But being away from “home base” and loved ones, and also living out of a suitcase, may take its toll. So, in order for dancers to make the most of their touring life, and still remain grounded with life back home, it may require just a bit of expertise and advice. Here, Dance Informa speaks with three dancers, all who have been on tour for extensive amounts of time and all who can offer some perspective on the ins and outs of touring – what’s great, what’s hard, how to keep cordial with tourmates at all times, and tidbits of advice that they’ve learned along the way and around the world.

Steven Vaughn, a dancer at Parsons Dance, and also a teacher and choreographer in New York City, says he rarely travels unless dance takes him. He has been to Germany, Japan, Mexico, Israel, Brazil, Chile, Italy, Russia and China, as well as most of the United States, including Alaska. In Vaughn’s touring experience, the shortest trip has been one day; the longest trip was a two-month-long tour in Italy.

Alexandra Redelico, a professional dancer in NYC, has danced with touring shows, which means she has been on the road for many months at a time. With the International Tour of West Side Story, Redelico toured for about a year, and with the National Tour of the show, she traveled for two years. Redelico has also performed in regional productions, such as Peter Pan at Northern Stage in Vermont and West Side Story at Ogunquit Playhouse in Maine, both of which were two-month stints.

Adrienne Canterna, co-artistic director, resident choreographer and dancer with Rasta Thomas’ Bad Boys Of Dance, has been touring the world with her shows Rock the Ballet and Romeo and Juliet since 2007. She has toured the United States, Canada, Mexico, Germany, Italy, France, Russia, India, Finland, Switzerland, Spain, Holland, Austria, Portugal, Japan, Korea, Australia, the Caribbean and more. Canterna, who also tours as a guest artist for galas and as a guest teacher and choreographer, says she has toured any duration between an overnight gig to eight-and-a-half months.

Whether on tour with a company, a traveling show or as an independent artist, touring for dance certainly has its perks.

“My favorite perk of touring is seeing other countries,” Vaughn says. “I would not have found my way to those countries, or maybe just not yet. I really enjoy learning some basics of the language and talking with the locals. Often people we meet at restaurants or parks will come to our show and join us for dinner afterward.” 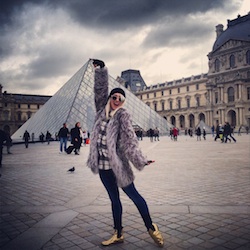 Canterna, who recently performed at the 13th Annual Dance Open International Ballet Festival in Saint Petersburg, Russia, says, “Seeing and experiencing different cultures is one of the best parts of touring. The food, the art, the lifestyle, the smells, the fashion – everything! India, France, Japan – they’re all different, but one thing’s for sure: dance is universal!”

Redelico agrees and adds, “A perk that I didn’t even realize was such a perk until I was off of tour was the accessibility of your friends and castmates. At any given time, there were at least two or three people you could rally for an adventure to the nearest diners, drive-ins and dive spots on a random Thursday at 1 p.m. Such adventures seem almost impossible in ‘real life.’”

While these aspects of touring certainly make it rewarding, touring can have its hardships as well. With all of the flights, bus rides and carpools, touring can leave dancers, who need energy to perform each night, fatigued.

On Vaughn’s tour with Parsons Dance in Italy, for example, they performed in a different city almost every night. “After the show and dinner, we would drive to the next city, arriving at 7 a.m., and would be at the theater around noon,” he explains.

Likewise, Canterna says one of the “cons” of touring can definitely be jet lag.

“Touring life brings an entirely new element to the show that cannot be rehearsed,” Vaughn says. “The stages constantly change. From small, raked stages with no backstage space to massive, football field-sized stages, we have to do our job, and modifying dances to fit different spaces is challenging, but it certainly keeps each night interesting for us! As long as the dancer is aware of these variations in standards, success is achievable. It is important to remember that touring may not be what is expected, and when issues or problems arise, putting a positive spin on things is vital.”

Touring can also take dancers away from their family and usual circle of friends. But dancers won’t be alone. Dancers travel, room and perform with the same group of people over the course of their tour, so it’s important to maintain cordial relationships while in close quarters with each other. Many companies and touring shows will assign roommates; others will allow dancers to decide whether they want to live alone or with a roommate.

Sometimes there are no issues. On a Parsons tour, for instance, Vaughn explains that roommates among the eight-dancer company are assigned but that they all get along and there is rarely a disappointing room assignment.

Once in awhile, however, tension will arise. On the International Tour of West Side Story, Redelico says the director even separated the Jets and Sharks in their room assignments with the hopes that it would make the tension on stage more realistic.

“I’ve been very fortunate to be a part of casts that became like family,” Redelico says. “But much like family, it wasn’t always sunshine and rainbows. There were definitely times when tensions were high in the dressing room, and sometimes even on stage. For the most part though, drama was smoothed over pretty quickly because most people had no problem speaking their minds and moving on.” 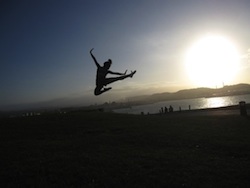 “We are with each other about 20 hours a day when we are on tour, so naturally conflicts will arise,” Vaughn adds. “Dealing with problems is circumstantial. It depends on what the problem is and who it involves. It is important for us all to remember the group is more important than the individual and we are all here because we worked hard and wanted to do this professionally. Because we are a small group and closer to a family, most conflicts are resolved like sibling issues: some arguing, some pouting and a realization that the issue is not important enough to hinder our relationship.”

Canterna, who says she’s always lucky enough to have her husband, Rasta Thomas, as her roommate on tour, advises, “If you’re always mindful to respect each other and treat everyone with kindness, it doesn’t matter where you are. Life will be good.”

When a tour is long enough and takes dancers away from their apartment or current living situation, they can often keep their place (and their belongings) by subletting their apartment or room. This way, they can continue to save money while on tour and not have to worry about paying rent for a place in which they’re not even living.

“When we are away for a long time, most of us will sublet our apartments,” Vaughn says. “If we can offer someone a place to stay in New York City and get some help for rent at the same time, everyone wins. I will usually have friends who need a place, so I typically sublet to people I know, but there are online services that help find a sublet.”

Touring will undoubtedly bring about fond memories. Discovering new places with a cast of dancers, while getting to perform constantly, seems to leave dancers feeling grateful and nostalgic.

Redelico recalls swimming in the Dead Sea in Israel, walking through the hectic streets of Tokyo and exploring a remote island in Malaysia. Canterna says she has had too many memories to remember and that that’s the reason she takes tons of pictures. Vaughn remembers eating bear meat for the first time in Russia and feeling like a “rock star” in Israel, where fans mobbed the stage door after performances.

Seasoned touring dancers like these can also lend advice based on their own experiences so that other dancers interested in touring can make the most of their journeys.

“Don’t overpack!” Redelico advises. “I was notorious on the International Tour for having seven carry-ons. By the National Tour, I got it together and learned how to pack my unnecessarily large wardrobe into two checked bags and a carry-on.

“And save your money!” she adds. “Go to your bank and set up your account so that a portion of your check goes directly to savings. Make sure the money is out of sight. This way, you actually have a little cushion when the tour ends. Not having a weekly paycheck can really catch you off-guard.”

Vaughn suggests, “Talk to those on the tour who have done that tour before. They will know best how to handle that particular company’s touring lifestyle. I also find it important to have a hobby outside of the performance. It is important, especially for a longer tour, to have distractions from all the performing and traveling. I like to learn languages and watch movies. Others go hiking or spin yarn or illustrate or write. Whatever it is, let the mind rest from the job.”

“Don’t ever take for granted how lucky you are,” Redelico concludes. “Even if you’re touring stupid little cities in the middle of nowhere, you’re still getting to experience places you never would have otherwise, and you’re getting paid for it. Make sure you appreciate your time and the people around you. They’ll be some of the best times of your life, and you don’t want to look back and realize it after it’s already too late.”