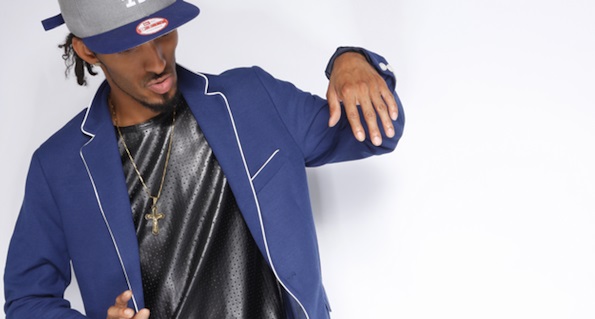 YouTube sensation and animation dancer Marquese “Nonstop” Scott is the only professional dancer in the world with more than 100 million views in one single video. With over one million YouTube subscribers and more than 250 million total views, Marquese has become an online sensation and one of the most sought-after dancers in the world.

It’s almost hard to keep tabs on Marquese, as he is constantly on the go! Just in the last eight months, he has performed in: Milan, Italy; Madrid, Spain; Amsterdam, the Netherlands; Detroit, Michigan; Dubai, United Arab Emirates; and Cologne, Germany. In May, he performed in Bulgaria on their national version of So You Think You Can Dance and at the Fanta Dance Festival. In the past, he has performed in Singapore, England, Aruba, Australia and many other countries. In his home base, Atlanta, Georgia, he just hosted Shut Up and Dance (SUAD), a hip-hop competition he founded. 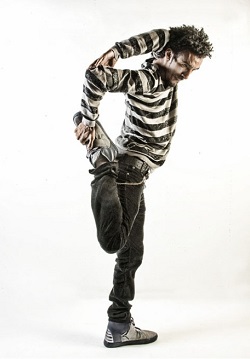 His 2011 video “Pumped Up Kicks” had a huge part in Marquese’s international and overnight fame. While he already had a loyal following in the hip-hop world through his involvement with the Dragon House Crew, Marquese was suddenly being invited to perform on The Ellen DeGeneres Show and booking independent gigs.

Today, dancers and non-dancers the world over are familiar with Nonstop, as he is better known. Yet, how many really know the man behind the movement? In an interview with Dance Informa, Marquese talked about where it all started.

“I started dancing when I was 12 years old in a local skating rink in Indianapolis, Indiana,” Marquese shared. “My first dance experience was a dance battle and from that point I really fell in love with it. I lost that first battle of course, but I decided I didn’t want to lose anymore. So I started practicing and I kept practicing and practicing. Right away, it wasn’t just a hobby, but a passion. There was a deep drive for it.”

Marquese, who was born in Englewood, California, was raised in Indianapolis. As a kid, he originally aspired to be an architect before he became engrossed in dance and music. He started to study street performers, like Flat Top and Turbo, west coast popping crews and the Japanese crew U-min.

“At boot camp it was obvious I had a passion for dance because even though we weren’t supposed to be dancing or anything at all – you’re not even supposed to talk half the time – there I was dancing, sometimes even to the marching cadence. I was getting myself and everyone else in trouble. That’s when I knew I had a passion for it because I was always dancing,” he recalled. 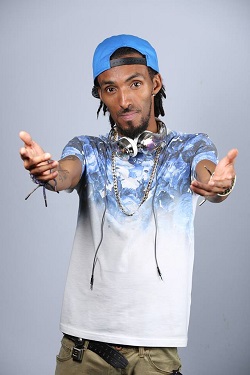 Marquese spent four years enlisted in the United States Navy as a navigator before he decided to pursue his love of dance full time. On the USS Constellation, he toured Hawaii, Mexico, Singapore, Australia and the Gulf Region. In 2003, when his enlistment was over, Marquese moved to Atlanta to train.

“The first step was meeting up with other dancers and learning the fundamentals and the basics,” he said. “Before that, I was pretty much all over the place. I didn’t have any structure to my dance. So the first thing was to learn about my craft and how to do it properly.”

He become a member of Siberian Nights, Electric Ground Control, Collizion and G-Style South during this time, which eventually led to him becoming a founding member of RemoteKontrol, now a part of Dragon House. The style he is best known for today is one he is continuing to explore – animation.

“A lot of people call it dubstep dancing and it’s really not – it’s called animation,” Marquese clarifies. “In animation, popping is the base, the foundation, but it goes past that. Animation has a whole other side that’s different from popping. I fell in love with animation when I was training and have since created my own style around it.”

His movement is often inspired by the music’s sounds and lyrics, as well as by the earth’s natural elements, like water, wind and fire.

“It basically boils down to how the music sounds and inspires me. If a sound in the music sounds like water then I try to become water. I try to take on the sound and make it in physical form,” he explains. “If it sounds like glass breaking in a song, then I’ll make a motion like I’m holding a bottle and then it falls and breaks. Water, wind and fire all represent different things – like waves, currents and energy. Then there are the robotic elements.” 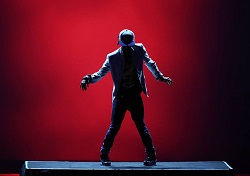 These “robotic elements” are often what animation and popping are best known for. When asked how he would define animation to someone who’s never seen it, Marquese said, “Animation can be described as a form of dance that tricks the mind. It makes you think time is somehow being slowed down. There is a strobe light effect where you see flashes of positions but not so much the connecting movement. It makes you feel like you’re in a game of interchanging stops and motions.”

Pulling upon this robotic idea, Marquese has begun to produce a series of web episodes on his YouTube channel that follow the story of two robots trying to masquerade as humans.

“A lot of people don’t know it, but I released the first clip in the series a little while ago. It’s called ‘The Interview’ and it’s an introduction to the rest of the series, which is about a robot trying to pose as a human. He is trying to get a job in order to fit in with this planet. Later on, he will meet another robot who is acting like a human but they won’t know it since they’re both hiding. [The series] will bring in dancers from Dragon House, but also from New York, L.A. and all over to be involved,” Marquese said.

Marquese also just finished working with Coca-Cola for a new commercial that will be released this summer. Along with 14 other dancers and a large production crew, he filmed the commercial at Atlanta’s historic Fox Theatre. Although he’s previously shot commercials for brands like Google, Pepsi and Ferrari, he said this project (his second with Coke) was his “first real dive into the choreography world of all-day studio rehearsals and filming, like from 8 in the morning to 7 at night.”

Marquese said, “Since I’m a freelance dancer, I don’t work like that often. It was an intense and amazing experience. As for the end product, I feel like it’s going to be great.”

Xcel Talent Agency, who represents Marquese, has also recently announced a slew of future performances, including Marquese with Dragon House (The Agents) at Festival Presidente Santo Domingo in the Dominican Republic in October.

Marquese can also be seen in a dance film shot and produced by the United Artists Initiative late last year. Entitled Enemy Within, it features New York City Ballet’s Tiler Peck, Alvin Ailey American Dance Theater’s Matthew Rushing and Complexions Contemporary Ballet’s Samantha Figgins. The film, which is about fighting insecurity, will be available to rent and download on iTunes on June 3. (See the trailer here.)

In addition to his busy itinerary as a performer, Marquese shared that he is also interested in taking his quarterly hip-hop competition SUAD, which now happens in Atlanta, on the road. He said, “Each event has gotten better and bigger… We’re actually thinking of taking it national, having it travel around the United States.”

When looking to the future, Nonstop seems to be truly unstoppable. When asked about his aspirations, he shares short-term and long-term dreams.

“Short term, I would like to be in a movie starring me or Dragon House to show off our movement and what we’re doing. Long term, I want to open up a 24-hour dance studio where it will serve as a community center for dancers – a place where they can come and dance anytime they need to,” he explained.

To follow this dancer which has been dubbed “simply mind blowing” (CBS) and “incredible” (The Ellen DeGeneres Show), find him on social media (he has numerous accounts on Facebook alone!) or on his website http://marquesescott.wordpress.com.

Watch Marquese’s “Pumped Up Kicks” video that has over 100 million views on YouTube!