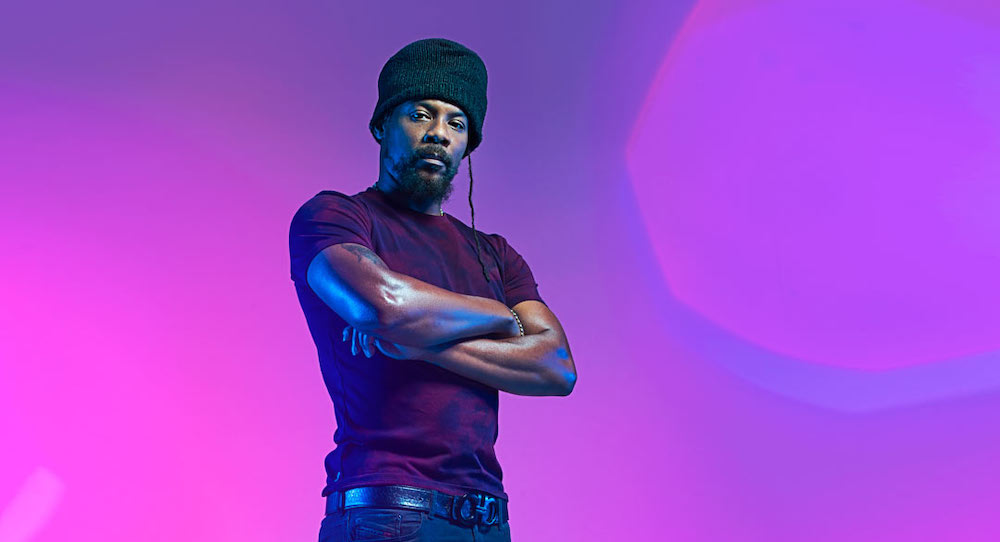 2020 was a year of excitement, surprise and uncertainty rolled into one. What began as a year of new goals, numerous performance opportunities along with special people to share moments with quickly spiraled into stillness…literally. The spread of the Covid-19 pandemic brought the world to a complete halt which included the performance community.

Dance Informa talks to Só Dança ambassador Derick Grant about the impact that the pandemic initially had on him. “It was a surprise to us all,” he says. “We were forced to be still, which is something I practice on a regular basis, but I didn’t get to panic mode. Pushing tap is already an uphill battle, so I had to think of ways for dance to move forward.”

While everyone’s lives were turned upside down, the means of keeping some type of normalcy was one of the main goals on the drawing board for dancers and teachers alike. This sudden shift from immersing ourselves in a room of like-minded artists quickly switched to sharing the same artistry from behind a screen. Specifically for dance teachers, this was a blessing and a curse.

Grant shares, “It wasn’t the end all be all. With tap, we witness it while feeling it. My first thought was, ‘What can we do?’, and soon after, online classes started taking off. For this first time, my classes became a collection of people not just from the U.S. but also from Asia, South America, Europe and even Australia.”

The shift in teaching approaches offered more possibilities for Grant than someone would expect during a time when everyone is expected to shelter in place. There was a human aspect added that reached far beyond what could be obtained in the everyday classes that dancers were accustomed to. Besides keeping the movement and artistry going, talking became a key factor for Grant, especially during his online classes with students.

“Talking was a large part of the process,” he says. “Dancing in your living room or bedroom introduces an informal setting where you can let your guard down a bit. I would take 15 minutes after my tap classes to just sit with my students and talk about their mental state and maintaining that drive. When you dance, it’s easy to get lost in technique, so the human aspect really kicked in.”

Keeping an artform strong and having the reliable footwear go together no matter what style. Because sound is directly involved, the attention to what type of tap shoes and having the right fit still reigned true now that people’s homes were their studios. As a part of the Só Dança family for about 14 years, Grant is no stranger to wanting comfortability and versatility in his tap shoes.

“I was brought on the Só Dança team to improve their tap wear,” Grant explains. “They are so open-minded and innovative when it comes to the dancer and what they need, especially in a shoe. I was raised in reggae and hip hop, so I first designed a boot which was very attractive but not functional. We had to go back to the drawing board. Eventually, I was inspired by Clarks shoes and made a desert boot, which is now my favorite boot to use when I am teaching. Só Dança’s ability to customize fabric and colors along with that made for a great relationship to this day.”

As a performer as well as a teacher, developing shoes like the tap boot and branching out into other styles of tap shoes, Grant has been able to focus in on what really matters in a shoe for him but also what will benefit his students. Whether you are in the studio or like many, two years ago, tapping on a piece of wood or makeshift dance floor for class, how the shoe caters to the individual’s wants and level is a key component. The fascinating levels to the tap shoe in addition to the comfort and fit are things that Grant attributes to the long-standing relationship with Só Dança.

“We took the professional model of the tap shoe and made it more affordable to the regular consumer,” says Grant. “Comfort also plays a major part in what I use. How does it feel? What is the break-in time? Sound varies from brand to brand, and the shape of tap and alloys in the mix play into sound. Só Dança shoes have a light sound to it, so I can put my energy behind it.”

Although we are not in quarantine anymore, the time away from those who share the same passion forced a newfound drive in many dancers while pushing them out of their comfort zones. Dancers and teachers alike were forced to find new techniques to keep momentum while finding ways to improve themselves. With tap being an “isolated journey best done with others” as described by Grant, there has been more growth than ever because of that separation from others. Now with access to the community that is the dance studios again, there is still that sense of self-growth that was built over the past two years.

Grant offers a bit of advice for those young tappers who may have been discouraged to continue their craft. “A lot of young people are at various stages in dance. My first piece of advice is to dream. Allow it because often we talk ourselves out of it. Use dreaming as the blueprint of where you want to go next. Secondly, communicate. Reach out to those who know the landscape and have been in the business long enough, and be prepared for what being a professional entails. Lastly, be patient with yourself. It’s never too late to start, and there is no imaginary clock with tap. Make and embrace the mistakes you make.”