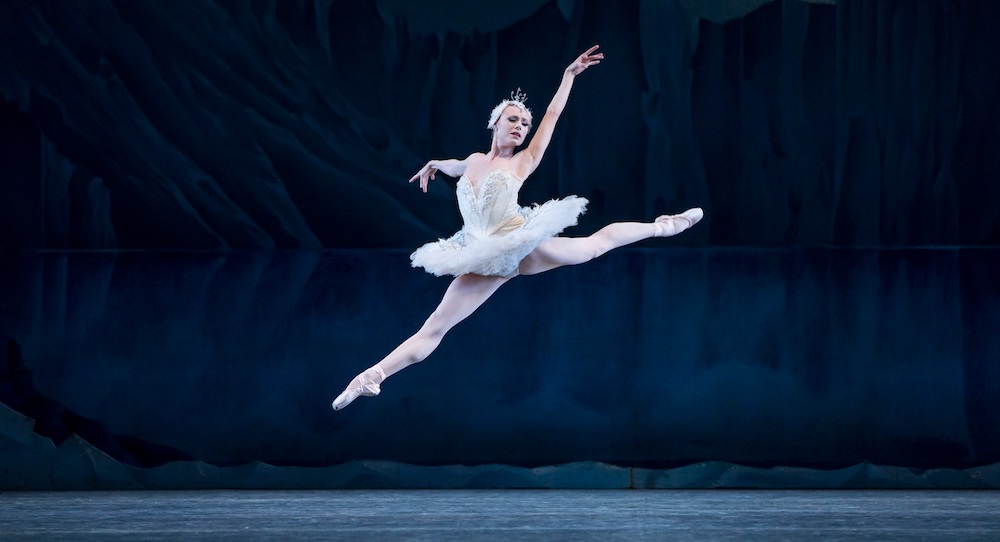 New York City Ballet (NYCB) has announced that it is postponing the start of its 2022 Winter Season at Lincoln Center for the Performing Arts for nine days due to the recent surge of COVID-19 in New York City, which resulted in the Company not being able to rehearse during the last two weeks of December, a period of time when NYCB also canceled 17 performances of George Balanchine’s The Nutcracker®.

The winter repertory season, originally scheduled to begin on January 18, will now open on January 27, with the Company’s annual New Combinations Evening featuring a world premiere by NYCB Resident Choreographer and Artistic Advisor Justin Peck, set to Caroline Shaw’s “Partita for 8 Voices” performed live by Roomful of Teeth, the acclaimed vocal ensemble for which the Pulitzer Prize-winning composition was written. The opening night program will also feature Merce Cunningham’s Summerspace and Christopher Wheeldon’s DGV: Danse à Grande Vitesse. The season will continue through February 27, which was the originally scheduled closing date of the 2022 Winter Season.

In making the announcement, NYCB Executive Director Katherine Brown and Artistic Director Jonathan Stafford said, “With the loss of two weeks of rehearsal at the end of December due to the ongoing COVID-19 pandemic, we made the decision to postpone the opening of the winter season for nine days to give our artists and other personnel the necessary time to prepare for a very ambitious winter season that will feature 25 works, including two world premiere ballets by Justin Peck and Jamar Roberts. In addition, with cases of COVID-19 continuing to surge in New York, we also felt that taking a short pause in our performance schedule at this time would be in the best interest of everyone in the NYCB community. While it is always disappointing to cancel performances, ensuring the health and safety of our artists, staff, and audiences continues to be our number one priority.”

The season will include all of the previously announced winter season repertory, with the exception of George Balanchine’s Diamonds and Wheeldon’s Carnival of the Animals, which will be rescheduled for upcoming seasons. In addition, Peter Martins’ full-length production of Swan Lake will be replaced for 12 performances, from February 11 through 20, with Balanchine’s one-act Swan Lake, which will be presented on two special mixed repertory programs. Balanchine’s Swan Lake will close each mixed bill with the first program also featuring three additional works to music by Tschaikovsky — Serenade, Andantino and Tschaikovsky Pas de Deux; and the second program also featuring Balanchine’s The Four Temperaments and Sonatine, and the Black Swan Pas De Deux from Martins’ full-length production of Swan Lake, with choreography after Marius Petipa.

“Performing mixed repertory programs consisting of several different ballets will provide us with more flexibility to make program and casting changes in the event that some artists are unable to perform at any given time. With a full-length ballet, several breakthrough cases of COVID-19 among our personnel could lead to the cancelation of the entire performance as we recently experienced during our holiday engagement of George Balanchine’s The Nutcracker®,” said Brown and Stafford.

In addition to the new work by Peck, the 2022 Winter Season will also feature a world premiere by Jamar Roberts, resident choreographer and recently retired dancer with Alvin Ailey American Dance Theater, which will premiere on February 3, on a program with Pam Tanowitz’s Bartók Ballet and Kyle Abraham’s The Runaway. Roberts’ first work for the stage at NYCB, the ballet will be set to two pieces of music, “Pegasus” and “Prometheus Unbound”, by the legendary American jazz saxophonist and composer Wayne Shorter.

The season will also include a total of 14 ballets by Balanchine, including Mozartiana, Prodigal Son, Walpurgisnacht Ballet, Slaughter on Tenth Avenue, “The Unanswered Question” from Ivesiana, La Valse, The Steadfast Tin Soldier and Pavane, which was last performed by the Company in 2007.

Gonzalo Garcia, who joined NYCB as a principal dancer in 2007, will give his farewell performance with the Company on February 27, at 3pm. The program will include Balanchine’s Prodigal Son and Sonatine, as well as Jerome Robbins’ Opus 19/The Dreamer and an excerpt from Justin Peck’s Rotunda. Following his farewell performance, Garcia will join the Company’s artistic staff as a repertory director.

Born in Zaragoza, Spain, Garcia began studying ballet at the age of eight at Maria Avila’s school. In 1995, he attended the summer session at San Francisco Ballet School and participated in the Prix de Lausanne, becoming the youngest dancer to receive a gold medal. He then returned to the San Francisco Ballet School to resume his studies and joined San Francisco Ballet (SFB) as a member of the corps de ballet in March 1998. He was promoted to soloist in 2000, and became a principal dancer in 2002. His repertory with SFB included leading roles in works by George Balanchine, Jerome Robbins, William Forsythe, Mark Morris, Yuri Possokhov, Helgi Tomasson and Christopher Wheeldon. Garcia made his first appearance with NYCB as a guest artist in 2004, when he was invited to perform Balanchine’s Ballo della Regina as part of the Company’s Balanchine Centennial Celebration.

Since joining NYCB in the fall of 2007, Garcia has performed numerous featured roles in ballets by Balanchine, Robbins and many other choreographers, including August Bournonville, Benjamin Millepied and Twyla Tharp. Garcia has also created featured roles in five ballets by NYCB Resident Choreographer Justin Peck, as well as works by Mauro Bigonzetti, Peter Martins, Wayne McGregor, Alexei Ratmansky and Christopher Wheeldon, among others. In 2018 Garcia was named to the permanent faculty of the School of American Ballet (SAB).

On the opening night of the season, January 27, the Janice Levin Dancer Award will be presented onstage to Corps de Ballet Dancers India Bradley and Davide Riccardo. Created in 2000 by a generous endowment gift by the late Levin, the award is bestowed annually on promising members of NYCB’s corps de ballet. Levin, who served on the Board of Directors for both NYCB and SAB, was a stalwart supporter of young artists at both organizations.

India Bradley was born in Detroit, Michigan, and began her dance training locally at the age of four. Bradley attended the summer program at Dance Theatre of Harlem (DTH) in 2012, and entered DTH’s Professional Training Program that fall. Bradley attended the 2014 summer session at SAB, and enrolled as a full-time student later that year. She was named an apprentice in August 2017, and joined the Company as a member of the corps de ballet in August 2018.

Davide Riccardo was born in Messina, Italy, and began his dance training at the age of five at the Istituto Regionale Della Danza in Messina, Italy, under the direction of Emma Prioli. In 2012, he began training at the Rome Opera Ballet School. He entered SAB as a full-time student in the fall of 2015. In August 2018, he became an apprentice with the Company and joined NYCB as a member of the corps de ballet in January 2019. In 2018, as a student at SAB, Riccardo received the Mae L. Wien Award for Outstanding Promise and the Lincoln Center Award for Emerging Artists.

Audience members holding tickets for the canceled performances from January 18 through 26, will have the full cost of the tickets automatically placed in their NYCB accounts, which can be accessed at nycballet.com and used for purchasing tickets to any other performance during NYCB’s 2022 winter or spring repertory seasons. Should ticket buyers prefer to donate the cost of the tickets to NYCB or receive a full refund, they can do so by emailing customercare@nycballet.com, calling 212-496-0600 or visiting the David H. Koch Theater box office. All tickets previously purchased for the full-length Swan Lake performances, February 11 through 20, will remain active for the Swan Lake mixed repertory performances on the same dates. Should ticket buyers prefer to donate or receive a refund for their Swan Lake tickets, they may do so by email, phone or in person at the box office.

For the 2022 Winter Season, NYCB will continue to implement a mandatory vaccination policy and proper mask usage for all employees and visitors. Audience members must be fully vaccinated to enter the David H. Koch Theater, and will be required to show in-person proof of vaccination upon arrival. For updates on the most current safety protocols, visit nycballet.com/safety.