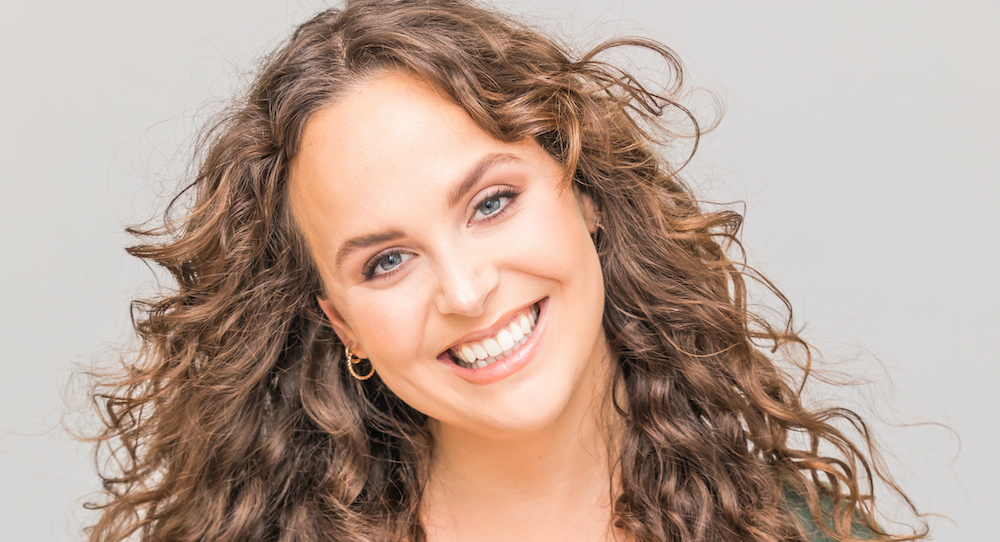 Do you know who choreographed the handshake in The Parent Trap? No? What about the Jingle Bell Rock dance from Mean Girls? You might remember the steps, but I bet you don’t know who made them.

Claire Ross is the creator of the Instagram page, @creditthecreator, and her goal is to educate the entertainment industry – and our average joe audience – about the importance of linking choreographers to their work. Her page is full of movements in movies and media that somehow got separated from their original makers. Ross hunts down who made what, and is working on what’s essentially an archive of iconic dance moments, from the inception of dance on screen all the way to modern day TikTok trends.

A 2020 Graduate of Pace University, Ross wrote a thesis called Lack of Recognition for the Film Choreographer in Hollywood. After noticing the important role dance played in the evolution of the early film industry (capturing moving images often meant capturing moving bodies), she found a lack of recognition for the choreographers making those moves. Beyond that, she found that the lack of recognition grew as the film industry did.

Ross aims to “educate but also create awareness for our problem. People – everyday people, not just the dance community – need to know that choreographers don’t have a union, that they can’t receive Oscars, that they aren’t receiving recognition within their own industry. People are shocked when they find that out.” And she says it starts with us. “It’s so important that it starts with us in the dance community, because how can we create change or receive recognition when we don’t abide by those standards ourselves?”

@creditthecreator is littered with infographics, educating followers on the culture of crediting (or distinctly not crediting) choreographers. Some of those include “Choreography and the Oscars” about the lack of a choreography category, “Crediting the Creator is Not Just a Trend” about Jimmy Fallon using TikTok dances on his show without acknowledging their creators and “So What Exactly Does a Screen Choreographer Do?” about how choreographers do more than make moves; they also cast, teach, rehearse and liaison with other departments.

So where does this dismissive culture of leaving out the credits come from? “Choreography and dance and movement is such a part of human nature that a lot of times people will watch choreography and be like, ‘Oh! So fun!’ but don’t understand that there was a creator behind that movement making it seem so connected with the story of whatever they’re watching,” says Ross.

Some people might say choreographers get paid the same whether their name is attached to the project or not. But within a longer timeline, that’s not exactly true. Exposure can’t be the only payment, but it’s still an important factor in a reputation and career. When there’s a culture of underestimating and undervaluing the artistic skill of a choreographer and the merit of their involvement, film productions seem to think that they don’t need them. The roles of dancer and choreographer get conflated, and then dancers are asked to choreograph their own pieces and work two jobs for the price of one.

This isn’t the first time that’s happened, either. “In film, there used to be dance directors,” Ross explains. “They were the department heads of dance during the studio era of film, and they would hire choreographers to create steps, just make the moves. The DGA doesn’t want to share the term ‘director’ anymore; similar to how you now see ‘cinematographer’ instead of ‘director of photography’. So, my theory is that when dance directors were phased out (as the musical movie genre faded), their job somewhat fell onto choreographers, without the recognition, compensation or definition.” Sound familiar? It’s like what’s happening with the consolidation of choreographers’ and dancers’ roles today.

Except these days, we’re seeing a rise in movie musicals, not a decline, with hits like La La Land and In The Heights. So maybe there’s hope to give power back to choreographers, or even see the resurgence of dance directors?

“I think ‘dance director’ is a more adequate term to be using nowadays, but I don’t think it will ever be revived, unfortunately, because I don’t think ‘director’ can be shared,” Ross says. “And it is important for projects to have a clear, governing creator. But I do think we need to recognize that choreographers aren’t only in charge of dance steps. You can’t tell me that Mandy Moore in La La Land only contributed the steps. Choreographers are essentially directing the dance scenes in movies nowadays, that’s why you see so many of them go into directing.” Like Moore directing an episode of Zoey’s Extraordinary Playlist. “They’re similar artforms.”

Another culprit of no-credit culture is social media. “We’re so saturated with content,” Ross notes. “It’s so easy to just share something without saying who choreographed it; it’s super massive on TikTok right now. It especially affects Black creators (not to even mention the impact of commercializing styles that came from marginalized groups without understanding their origins). These dances are becoming part of famous artists’ brands, without credit or compensation to the creators. It’s so easy for it to get lost.” Or even intentionally stolen (re: Beyoncé vs. Anne Teresa de Keersmaeker).

So how to solve all this? “Really it comes down to teaching people what choreography actually entails,” Ross says. Accomplishing that on a Hollywood scale needs to be done, but it’s a big undertaking. A smaller step might be going into film schools and familiarizing students with how to work with dancers – and vice versa.

“We need a communal language on how to film dance,” Ross believes. “We had one in the time of dance directors, but it’s been lost, and it’s having to be learned again. It’s been really cool to see it develop. It seems silly, but it’s been so cool with these TikTok trends to watch average people learn how to dance on camera.”

It’s putting dance in a social sphere in a way that it hasn’t been in ages. You think of old timey sock-hops, and our generation doesn’t really have our own widespread version of that. Or we didn’t, until TikTok. It’s social dancing. Sure, in a new format, but it’s back. There’s a lot to consider and take into account, like accreditation, but it’s an exciting time. “Tik Tok, and Instagram, could be such a good helper, a good tool in this.” If we can harness it right, like Ross.

Fostering this communication and appreciation all just comes down to educating our fellow artists (and ourselves) about dance’s history and value, which is exactly what @creditthecretor is about — iconic dance moments in movies and media getting their time to shine, with their creators’ names neatly included in the caption.