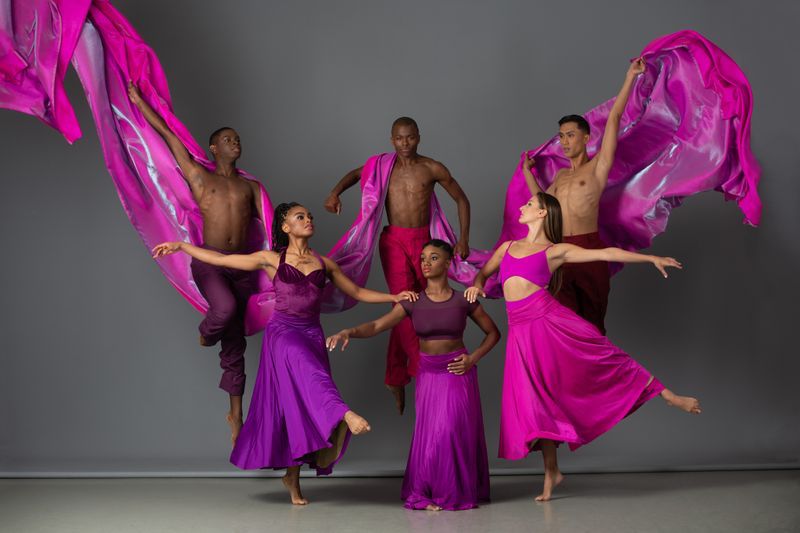 Ailey II’s 2021-2022 season will kick off in December, with participation in Alvin Ailey American Dance Theater’s annual season at New York City Center, in which Ailey II will perform in Alvin Ailey’s classic Memoria, and will continue with the company’s own 2022 New York City season March 23-April 3 at The Ailey Citigroup Theater, as well as a U.S. tour.

Selected through a rigorous international search guided by Arts Consulting Group, Harper was chosen for the position by Robert Battle and Bennett Rink, executive director of the Alvin Ailey Dance Foundation. Harper has choreographed works for both of the Ailey professional companies and Dance Theatre of Harlem, Hubbard Street 2 and La Bale Da Cidade, among others, as well as works commissioned by The Metropolitan Museum of Art, the New Jersey Symphony Orchestra and her own The Francesca Harper Project; has been a principal dancer with Ballett Frankfurt and a featured performer in Broadway shows; has served as a consultant for major film and stage productions; and has extensive teaching experience, with posts at Juilliard, New York University, Barnard and The Ailey School’s joint BFA program with Fordham University. She is the daughter of the late Denise Jefferson, who directed The Ailey School from 1984 to 2010.

Battle said, “We are thrilled, and deeply proud, to be appointing the multi-talented Francesca Harper to lead Ailey II. After training at The Ailey School as a young dancer, she embarked on an extraordinarily successful professional career in dance, while regularly returning to teach and choreograph. She knew Mr. Ailey and drew inspiration as a dancer from Ms. Jamison. She is charismatic, caring and utterly brilliant. Her vision for Ailey II will not only bring fresh perspectives to Mr. Ailey’s legacy but also bring new voices to the stage and propel the Company forward. She is the perfect choice to lead Ailey II.”

Rink said, “Ailey II is about the next generation of dancers, and throughout this search process, it became apparent to us that the Company’s future would be brightest with Francesca Harper’s extraordinary talent and versatility. She is a sought-after leader in the field, and we could not be more pleased that she has chosen to commit herself to Ailey II.”

Harper said, “My mother, Denise Jefferson, was always my inspiration and mentor for teaching and giving back to the community. Through her work at The Ailey School, she changed the landscape for young aspiring dance artists, including me, and was an unfailing example of courage and compassion. I feel I grew up at The Ailey School, and now, having performed and choreographed around the world, it is profoundly moving to me to come home, accepting the great privilege of leading Ailey II.”

As Ailey II’s Artistic Director, Harper will curate and oversee all aspects of the Company’s artistic and educational initiatives while honoring the traditions, legacy and creative spirit of Ailey. As an experienced performer and a mentor who has taught and choreographed over the past three decades at The Ailey School, where she was herself a student, she has the ideal outlook to lead young dancers across Ailey II’s bridge from the classroom to the stage, sharing the broad spectrum of what it means to be a professional. Reporting to Ailey’s Artistic Director and Executive Director, she will collaborate with artists and administrators across the organization.

Harper and the Ailey organization are proud to name Lakey Evans-Peña as rehearsal director of the Company. A former member of Ailey II herself, Evans-Peña has been serving as a teacher and advisor for The Ailey School and will continue in that role while taking up her new responsibilities with Ailey II.

Renowned for merging the spirit and energy of the country’s best young dance talent with the passion and creative vision of today’s most outstanding emerging choreographers, Ailey II was founded in 1974 as the Alvin Ailey Repertory Ensemble. Since then, Ailey II has flourished into one of the most popular modern dance companies, combining a rigorous touring schedule with extensive community outreach programs.