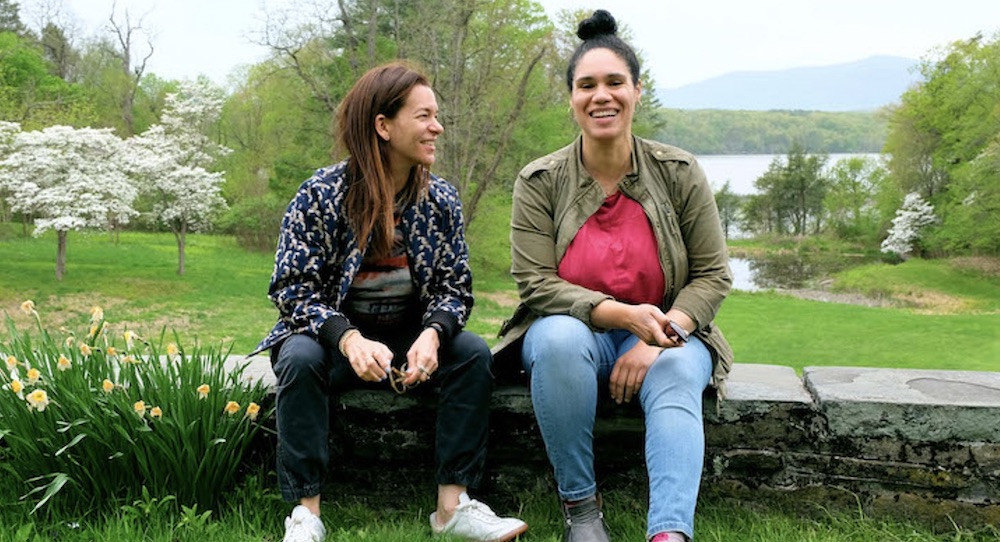 Bard SummerScape 2021 opens with the live world premiere of I was waiting for the echo of a better day, a major new commission from Pam Tanowitz, the Fisher Center’s inaugural choreographer-in-residence, with Jessie Montgomery, next composer-in-residence of the Chicago Symphony Orchestra.

Set to new arrangements of Montgomery’s chamber music, which has been called “turbulent, wildly colorful and exploding with life” (Washington Post), together with material from her duo project big dog little dog, I was waiting for the echo of a better day is one of the nation’s first large-scale, full-length dance commissions with a live, in-person audience since the start of the pandemic. It also marks Tanowitz’s first return to SummerScape since the resounding success of her dance setting of T. S. Eliot’s Four Quartets. A Fisher Center commission, Four Quartets was named “Best Dance Production of 2018” by The New York Times, which pronounced it “the greatest creation of dance theater so far this century.”

Performed by eight members of Pam Tanowitz Dance with live musical accompaniment from a string quintet featuring Montgomery on violin, I was waiting for the echo of a better day will premiere in three performances on July 8, 9 and 10, against the glorious backdrop of the Hudson River and Catskill Mountains, using the historical parkland of Bard’s Montgomery Place campus as inspiration. A companion film from visual artist and filmmaker Jeremy Jacob will be released in the Fisher Center’s fall 2021 UPSTREAMING season.

SummerScape has long produced and premiered significant dance productions, including commissions from choreographers Ronald K. Brown, Trisha Brown, Lucinda Childs, Bill T. Jones, John Heginbotham and Mark Morris. Since making her acclaimed festival debut at SummerScape 2015, Tanowitz has been recognized as “one of the most formally brilliant choreographers around” (The New York Times), with honors including a Bessie Award, a Guggenheim Fellowship and the prestigious 2017 Cage Cunningham Fellowship.

I was waiting for the echo of a better day takes its title from a song lyric from Jean-Luc Godard’s film Masculin Féminin. Tanowitz chose it in part for the way it resonates after the past year of loss and grief, offering hope for the future as people begin to gather again after so many months of isolation and mourning.

She explains, “I see the work as an invitation to be together, for dancers and audiences to share space, to actually be with each other, to look each other in the eye, when that hasn’t been possible for so long. We can’t know how that will feel yet, but I imagine it will evoke what we’ve lost, and those we’ve lost, as well as our intense joy and relief at reuniting and turning to the future.”

Tanowitz’s new work was created in close collaboration with composer-violinist Jessie Montgomery, a winner of both the Sphinx Medal of Excellence and the ASCAP Foundation’s Leonard Bernstein Award, who has emerged as one of the most compelling and sought-after voices in new music today. Tanowitz and Montgomery are deeply inspired by the landscape and history of Bard’s Montgomery Place site, and of the Hudson River Valley.

Says Montgomery, “We have been exploring the archives of Montgomery Place, learning about how and why the landscape has changed over the centuries – and learning about those who have tended to the land who came before us. Though the performance won’t make literal reference to those histories, we are working on this site with deep humility and gratitude to its original origins and custodians, and those whose labor has transformed and preserved it for future generations.”

The score for the performance includes a selection of Montgomery’s existing chamber works, including new arrangements of works from big dog little dog, her collaboration with composer-double-bassist Eleonore Oppenheim. To interpret the music for I was waiting for the echo of a better day, Oppenheim and Montgomery will be joined by Grammy-nominated violinist Jannina Norpoth of PUBLIQuartet; Grammy-winning violist Nathan Schram of the Attacca Quartet; and cellist Gabriel Cabezas, a laureate of the Sphinx Medal of Excellence.

Lighting design for the production is by Barbara Samuels, a nominee for multiple Lucille Lortel, Drama Desk and Hewes Design awards, with costumes – as for Four Quartets – by Reid Bartelme and Harriet Jung. Stage management is by Four Quartets’ Betsy Ayer, with sound design by Garth MacAleavey, the resident sound designer and current acting director of production at Brooklyn’s National Sawdust, whose credits include SummerScape 2019’s Acquanetta.

The health and safety of Bard’s audiences, artists and staff are of paramount importance. All SummerScape productions will be presented in adherence with strict COVID protocols and in accordance with CDC and NY State guidance and regulations. Click here to learn more about the SummerScape 2021 health and safety protocols.

Tickets go on sale on June 2. The box office can be reached by telephone at 845-758-7900 on Mondays through Fridays at 11am–4pm EST, or by email at boxoffice@bard.edu. Tickets are also available 24/7 on Bard’s website at fishercenter.bard.edu.