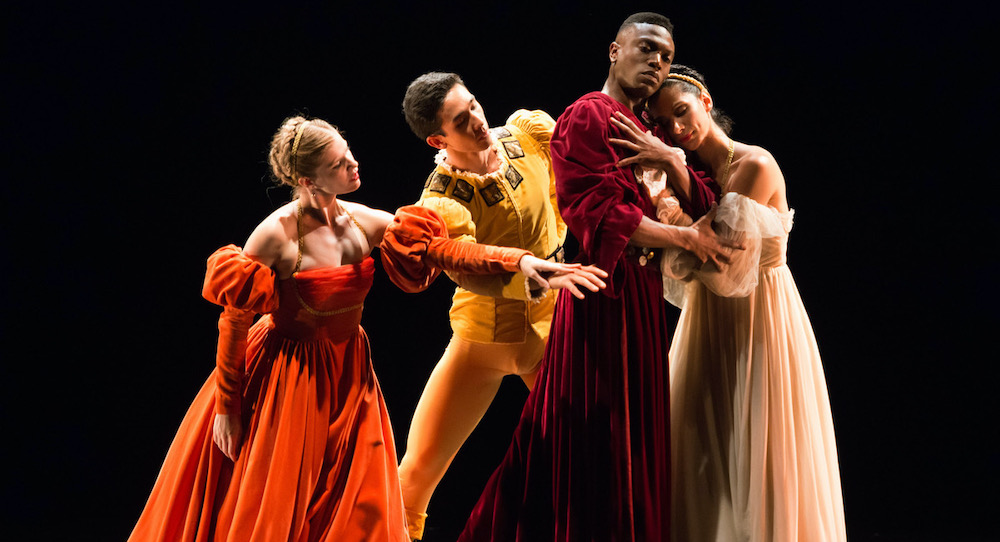 An interesting theme in the ether this hard year has been time: having a lot of it (“I literally finished Netflix”) or the opposite (being a parent trying to also teach your kids and work from home all at the same time, for example). The challenges at hand, and the time to reflect for those who’ve had more of it these past months, have led us to ponder weighty matters such as big issues out there, the direction of our life and those of loved ones, and our purpose.

Dance is a creative medium through which we can explore time — how our body moves through space in a particular duration — and through that explore meaningful questions about the human condition. The Limón Dance Company’s “bubble” residency at Kaatsbaan Cultural Park (Tivoli, NY) allowed the company to present a virtual program, available worldwide, in a way that was safe for both dancers and audiences. Through that, the company presented repertory and a new work to explore and provoke thought on those pressing questions, of time and beyond, which the company did with technical command and creative courage.

The lights came up on a bare stage, and then one dancer moved on, dancing as if his limbs were independently autonomous. More dancers joined from the side, and soon the stage was alive with dancing of varied levels, shapes and in different formations. The movement had a certain resoluteness and certainty without being confrontational in quality. The melodic and soothing instrumental score contributed to that feeling.

The dancers followed its mainly consistent tempo, making the movement somewhat monotone in tempo as a result. Yet, somehow it came off as meditative rather than something that made me lose attention. On the contrary, the unique shaping and qualities of the movement, and the dancers’ soothing harmony with one another, kept me captivated.

Rather than characters per se, the dancers came off as physical embodiments of the notes. At the same time, social dynamics arose — such as a “flocking” effect, dancers circling around the stage in a large clump and interactions between them such as synchronizing in creating circles of varied sizes. Partnering also offered ways for them to physically and energetically connect, in fresh and memorable ways — a dancer in flight supported by their partner’s foot on their side and a knee launching off a partner’s hip, for example.

Then came a shift to an atmosphere of higher energy, with faster music and movement as well as brighter lights. The movement took on a new level of groove, reminiscent of hip hop forms and urban nightlife. This energy hummed for a bit, and then the dancers found a circle and moved together in a repeated phrase as the lights slowly faded down. At two main energetic levels, a meditative quality from a consistent hum of luscious movement was something that this work uniquely offered — something memorable and also widely needed in this turbulent, uncertain time in the world.

Following that was the iconic Limón work The Moor’s Pavane, in all of its classic beauty and drama. Puleio added context to this work as well, that which colored my experience of the work this time to be different than the first time I saw it. For instance, he described Limón’s insistence that the work is not a dance version of William Shakespeare’s Othello but rather based on an older Italian tale of “the perils of jealousy.”

There is a Time came next, based on Ecclesiastes 3:2. The passage describes the opposites that life holds, and that there is a time for each of those states of being: birth and dying, planting and harvesting. Puleio noted how although Limón wasn’t a religious person (in fact, he struggled with the Catholicism of his upbringing), he was deeply spiritual.

The dancers began in a circle, making me think of the cyclic quality of life and our interconnectedness. They wore simple costumes of white shirts and darker bottoms: clean and allowing the movement and ideas to take center stage. Intertwining and unwinding, reaching high and grounding low, the dancers executed fall and recover through the spine — in ways that teased at the transcendence that dance can offer.

There’s something truly indefinable about the soul-filled moments of that transcendance, but one can feel it in their bones. Enhancing all of that was an intriguing videography choice of filming dancers from up above, offering new perspective — literally and metaphorically.

Transitioning from there, one dancer fell into the center of the circle and it opened — such that the rest of the dancers could fall away and move to off stage. That dancer moved through a solo of harmony and continuity, although not quite a restlessness. Then came a shift to movement filled with constriction, with hands clasped behind backs and extensions held out. This structure was the first embodiment of opposites, their poles each with their own time, on which the work centers.

That opened into many other sections embodying the opposites that the Bible passage notes. Through it all, the group seemed phenomenally rehearsed, at that point where the movement is in your bones and sinew and you can truly feel it moving through you. That’s where artistry happens, and the dancers hit it.

One particularly memorable section conveyed silence and sound, action versus rest. Body percussion interfaced with instrumental percussion in the music, as well as silence (well, the sounds of the lack of score — the rustling of costumes and the sounds of dancers’ feet moving over Marley) — all in dynamic and memorable ways. Then came a trio of clear circularity and continuity in movement.

At that moment, I recognized the level at which the whole of the work hit upon many different energies possible through movement and the body. Included in that was the subsequent section that I believe conveyed joy — with a lightness in carriage, sprightliness in movement, and the music light and joyful. That solo shifted into a sextet. I thought then about how Limón played with many different formations possible through a group of bodies in the piece as well. Dance art has boundless potentialities, and Limón knew how to capitalize on that in his own fresh way.

Other sections following that included another with a joyful quality, although one of a slower and more intimate quality through a duet, and a whole other of tense and fiery energy that seemed to convey anger and agitation — leaps and extensions a-plenty to support that. At different points, dancers returned to the circle of the beginning, not remaining there as long and dancing in that formation with different dynamics in their movement quality than in the beginning, but nevertheless referencing that time.

That memorable overhead shot of the circle returned as well. I pondered on why these references to the beginning were present in the latter half of the work and not as much in the beginning. Not reasoning to a satisfactory answer for myself, I reminded myself that the questions are sometimes more meaningful than the answers in art.

A particularly memorable section came just before the ending one, for its visual dynamism — the group posing on different levels, as a soloist moved with lovely fluidity. From there, they moved to the circle again. There, they danced a few different phrases of that tangling and untangling, falling and recovering, and dancing in different levels in space. They ended swaying gently as low tones of the score continued, and the curtain dropped on that image.

The cycle continues, just as life does. Even in times that feel like no other, the cycle continues. We have the work of visionaries such as Limón, and companies like Limón Dance Company, who continue breathing life into it, to remind us of truths like that — even in times like these. That’s something to treasure, support and praise.