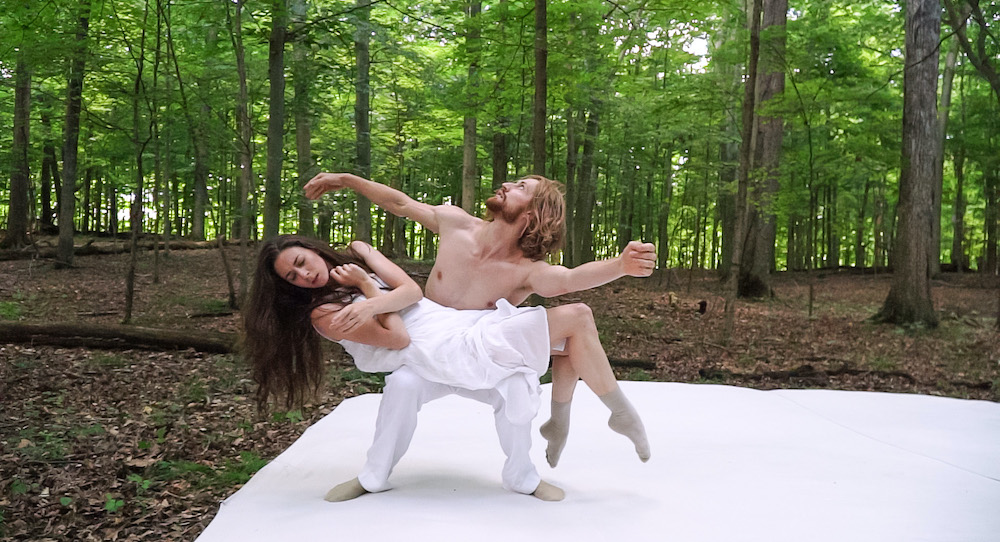 Chamber Dance Project, a Washington, D.C.-based contemporary ballet company, presents New Works 2020 (& Beyond). Chamber Dance Project reaches beyond the stage to present virtual performance events that showcase its artists with exciting new dimensions of innovation and intimacy. The company will offer a program of new works and repertory favorites performed in outdoor settings across the country.

The free screenings of new works will take place online on July 31 and September 24. Chamber Dance Project conducted virtual indoor and outdoor rehearsals and performances in four cities with its eight dancers, three choreographers and a commissioned music score for a new dance film. Three guest videographers worked with dancers in Los Angeles; Columbus, Ohio; and Milwaukee to film the ballets that will be screened on July 31, at 7:00pm EDT. Additional cities involved in the production of a new dance film to be shown online on September 24, at 7:00pm EDT include Pittsburgh and Washington, D.C.

The ballets are being staged remotely for online streaming and to build new repertoire for Chamber Dance Project’s June 2021 theater season while ensuring the health of both audience members and performers. In addition to the outdoor shoots with professional videographers, the dancers will be filmed themselves in their homes in their home cities. For the July screening, the outdoor performance is at the Sepulveda Dam in Los Angeles, and in Milwaukee at an art museum.

The programming on July 31 includes world premiere screenings of contemporary ballets Berceuse with Luz San Miguel and Davit Hovhannisyan (Milwaukee), Sarabande featuring dancer and choreographer Christian Denice (Los Angeles), and In the Silence with Emmy Award-winner Grace-Anne Powers and Austin Powers (Columbus). It will also include a preview of a new work, Dwellings, created during the July virtual rehearsals. Preceding the ballets will be a live red carpet pre-show with the dancers, filmmakers and Artistic Director Diane Coburn Bruning.

The programming on September 24 includes a world premiere of the new film that will incorporate seven of the company’s dancers and will be a collaboration by the creators of last season’s acclaimed Prufrock: choreographer Diane Coburn Burning, and composer James Bigbee Garver working with award-winning producer and filmmaker David Hamlin. The evening will also include the first public screening of a film made of Exit Wounds with the original cast.

Reserve a free ticket at chamberdance.org/beyond, or call 202-499-2297 for more information.