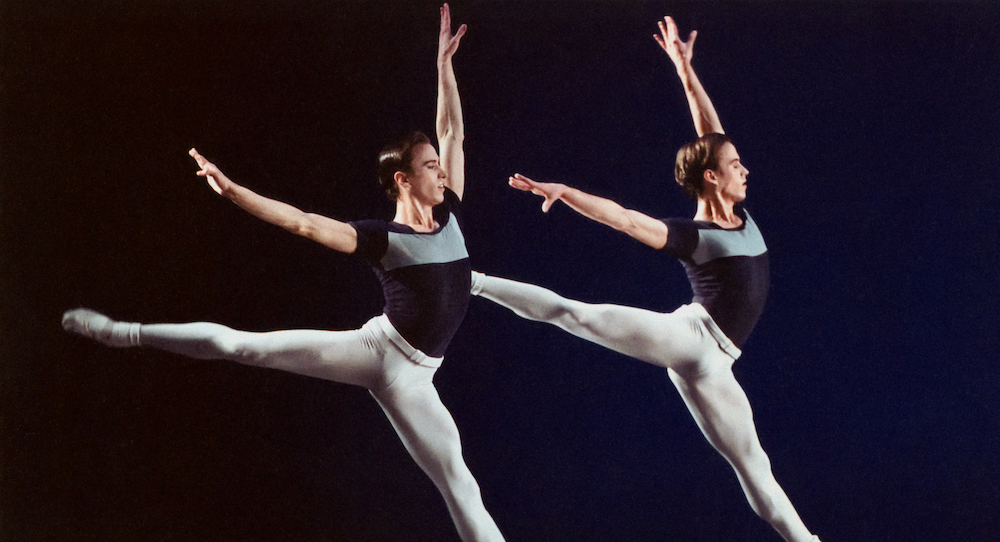 Many of us grew up dancing alongside a brother or sister, but some sibling duos carried on all throughout school and enjoyed professional careers together! Curious about what it was like having your best friend (or worst enemy) in the studio and on stage, Dance Informa introduces a new series, “Dancing siblings”.

This month, we caught up with identical twins, Kurt and Kyle Froman, about their experiences training and sharing a career together at New York City Ballet (NYCB).

“We were both eight years old. We began with tap and jazz, only starting ballet a year later. We were lucky enough to grow up in a family with deep roots in dancing. Kyle and I were exposed to dancing from an early age, although my father was very against it. When my parents separated, my mother let us start, partly to spite him. We transferred to a studio that was ballet focused when we auditioned for The Nutcracker. At 13, we switched to a very rigorous professional school, steeped in the Balanchine style. That was when we became absolutely obsessed with ballet.”

“Our parents were going through a bad divorce, and we needed something to do to take our mind off of it. We tried different sports, but we had no interest. Kurt and I had no idea what was going on and normally just stood in the middle of the field chewing on our mouth guard. Our older sister, Debbi Jo, owned a dance studio in Fort Worth, so classes seemed like the next logical choice to try. We fell in love with dancing.”

What was it like growing up with a dance sibling, and was there any competition?

“It was really wonderful! We weren’t competitive at all, and equally talented. We ratcheted each other up and pushed to be the best we could be. There was a comfort engaging each other, and we were natural opposites on stage. We moved with a similar response to the music, and our movement quality was identical.”

“It was wonderful sharing the dance studio with Kurt. There was a security, as a twin. We were codependent at the time, and being in each other’s proximity made us feel whole. Dance became a secret we shared. We didn’t tell anyone we had this other life where we’d change into different clothes, shoes and sweat out our stresses. Still, we were always competitive with each other. Kurt and I have always been competitive about everything. The world marveled at our similarities, so finding our differences felt like a reaction to that. Competition grew out of comparisons. For many years, there weren’t other boys in our classes, so we only had each other to judge ourselves by. We ultimately became better dancers because of this, but it didn’t necessarily help our relationship as brothers.”

When did you know you wanted to make a professional career of dance?

“I always imagined a career in medicine because I loved science. We were in magnet schools in middle school and half of high school earning advanced credits, which enabled us to skip our last year of high school. When we transferred our ballet studio to the Fort Worth Ballet, which was run by Paul Mejia (Suzanne Farrell’s husband at the time), we were finally exposed to the Balanchine style and repertory. That way of moving fascinated me and completely reinvented what ballet could be. By 15, I had it firmly in my mind dancing was something I was unwilling to give up, and that I had to push for a ballet career.”

“It was about the time we went to the Fort Worth Ballet’s affiliated school. We saw the company rehearse our first day at the school, and I knew that was what I wanted to do. It was a relatively small company of 25 dancers, steeped in the Balanchine style. I remember walking into the studio and noticed the air thick with sweat, body odor and Icy Hot. I felt jealous they could make a living by dancing all day. As our training intensified, becoming a professional was what I was working toward. It seemed like a dream job.“

What’s the best and worst thing about having dance sibling?

“We were each other’s ‘security blanket’. There was safety with having the other one there on and off stage. We were impressive together, and a bit of a novelty. The worst part was when most of the artistic staff couldn’t distinguish us. It felt that there was a glass ceiling over both our heads and that neither would be featured over the other. That began to bother me a lot. When I left NYCB and started my Broadway career with Movin’ Out, it was the first time I could go to work and have people say my name without hesitation. It allowed me to reinvent myself as an individual.”

“Having Kurt beside me on the path from Fort Worth, Texas, to New York City was comforting and energizing. I’m not sure I would have had the same passion for ballet had he not been there. The worst part was the competition that existed between the two of us, and realizing that the company couldn’t tell us apart. We began blaming each other for any mistakes we’d make, worrying the other twin was keeping us from progressing. That was a very hard dynamic to work in.“

Are you still dancing, and if not, what are you up to now?

“I retired from dancing three years ago, focusing exclusively on teaching and coaching. I teach ballet at Steps on Broadway, the Steps Youth Program and the Steps Conservatory, Ballet Tech, as well as NYCDA and other conventions. I work a lot with actors for films that require them to portray legitimate ballet dancers (Black Swan, Red Sparrow, Z: The Beginning of Everything), as well as choreograph for TV and commercials.”

“In Feburary, I celebrate the 11th anniversary of my retirement from NYCB. I’ve only taken a few ballet classes in those years, but because I’m a full-time dance photographer, I’m satisfied with that. I’m thankful I found another career I’m passionate about and uses everything I learned as a dancer.“