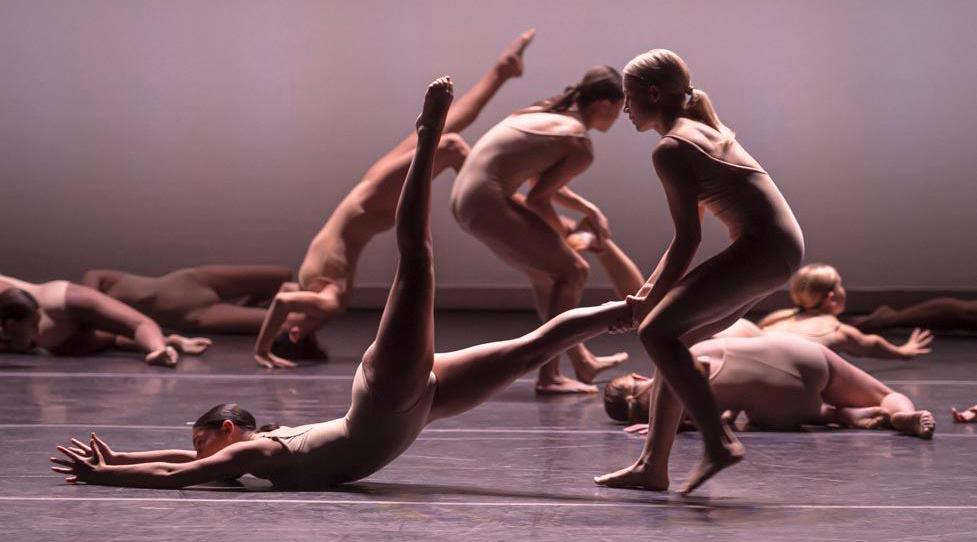 For such a young nation, relatively speaking, America has an impressive dance heritage — including tap, jazz, hip hop, contemporary dance, to name just a few (also tied to America’s “melting pot” of cultural heritage, but perhaps that’s a larger discussion for another day). Dance in America has also always had ties to social activism; people here have moved to express their views on social issues as well as to stand up for what they believe in.

For example, hip hop dance grew as self-expression and social commentary in the midst of disadvantaged inner-city communities. Jazz dance had significant influences from “speakeasy” culture of the 1920s, rebelling against Prohibition. In the 21st century, no matter your views on the issues, it’s undeniable that gun violence is a key discussion in socio-political discourse.

Moms Demand Action, a grassroots organization devoted to reducing gun violence in America through changes to gun laws, teamed up with Z Artists Group (“a collective of artists and educators committed to empowering individuality, community, and creativity through pedagogy and production”) to present Dancers Demand Action. A benefit concert for Moms Demand Action, the night offered works of many different dance styles and aesthetic approaches — thus painting a tapestry of American dance. This variety felt apropos for a night focused on change in America.

The program opened up with Z Artists Group’s Education. A striking visual effect happened as the curtain rose; the white backdrop looked like falling drapes. Dancers moved from a formation to a clump and then fell to the ground. Gravity, literally and metaphorically, had its hold. Lights came down and then back up, signaling a shift — a sort of new start. The dancers then spread out across the stage again, executing dazzling lifts and extensions.

A prevailing theme in movement also seemed to be weight sharing — lifting, offsetting, initiating another’s movement. This spoke to me of support, occurring both between sets of two individuals and at a larger community level. As the work progressed, dancers gradually exited, eventually leaving two dancers left on stage. I thought about a shift to focus on individual versus collective experience, like looking through a telescope to change one’s gaze from on all the constellations in view to on one of them.

The curtain fell, and I was almost disappointed that the piece wasn’t longer — looking back, a sign of how it engaged me! In truth, its brevity allowed it to truly pack a meaningful punch. To me, these dancers also stood as a potent representation of America’s youth dance culture (with both competitive and non-competitive parts) — growing technically stronger, more artistically insightful, and overall more impressive all the time.

Z Artists Group’s Director Joelle Cosentino then took the stage (also the choreographer of Education), welcoming all and thanking all for attending. She discussed the mission of Moms Demand Action, the issue of gun violence in America and the changes for which the organization is advocating. She underscored the importance of standing up for one’s beliefs, and the power of grassroots activism.

It hit me how at just about all dance performances I go to (except when I go with or happen to run into a friend), I sit in the dark with people I don’t know. In contrast, Cosentino’s speech brought a unifying human touch that I appreciated. Later on, Z Artists School alumnae spoke about art, activism, and fighting for what they believe in. That added to that human, communal touch. It also bolstered my hope that the up-and-coming generation, “Gen Z”, will remain committed to leaving the world better than they found it.

A couple of pieces later came Complexions Contemporary Ballet’s Woke, choreographed by Dwight Rhoden. The work was memorable in movement, design and how the two came together. It also seemed to represent contemporary ballet in this program, a form growing in popularity and frequency of presentation across the nation. The work opened with a soloist, backlit to create a fascinating quasi-silhouette. She moved with ferocity and conviction, yet an ease evincing a surrender to the movement moving through her. That quality set the tone for the movement in the rest of the piece; in an extraordinary way, it seemed as if the dancers were moved as much they moved.

Repeated phrases brought a meditative quality. At the same time, variances in levels, places on stage, and groups of dancers added the fresh and exciting to reinvigorate me as a viewer. It was overall quite classical, with body lines for days and multiple turns seeming as effortless as breathing. Yet with assents to gravity’s pull and articulations of the hips, hip hop and contemporary movement idioms showed themselves.

That backlit quality also remained through the piece, something quite visually enticing. The effect was also evocative in emotion and atmosphere through creating mystery; I could see just enough of the dancers to want to see more. Also memorable was a rap towards the end, making me think why this work was likely (appropriately so) chosen for this benefit concert. “To all the victims of the night crime and gun crime, I say R.I.P. — not rest in peace bit rew-ind, please…..rew-ind please so that we can live in peace,” it pronounced. The duets danced during this rap were expansive and vivacious, but also grounded.

Lastly, the ending has resonated and remained with me. Three duet partners separated, the men towards the back and the women towards the front. As they walked backwards to their partners, lights went out behind them. Like the work as a whole, it was aesthetically appealing while also offering powerful food for thought — and, here in this ending, also space to have that thought and reflection. I was curious if more of those simpler pedestrian moments sprinkled throughout the work might have made all that was spectacular in it resonate even more. Yet perhaps the overall sparsity of that in the piece is what allowed this ending to have the power that it did for me.

A tap piece came soon after that, Great Heights choreographed and performed by Caleb Teicher. Theatrically and humor met technical tap prowess to truly leave an impression. Additional movement moving into the whole body, including easy, fluid arms and high kicks, made the movement more expansive than just the feet could have made it. Lyrics of the music (“Five Months, Two Weeks, Two Days” and “Plastic”) were also resonant; “five months, two months, two days / my lovin’ baby is gone,” and then “my wings are made of plastic” (referencing the myth of Icarus and Daedalus) set a somber mood, even with Teicher’s vivacious and humorous delivery. It was wonderful to see such top-notch, emotionally alive tap as part of this night of American dance.

Robert Battle’s Strange Humors offered the power and grace of two men moving, at times in harmony and at other times in tension, framed in a compelling light path running diagonally across the stage. The work stood to represent formalized concert modern dance in America, stylistically and as choreographic work from Robert Battle — now Alvin Ailey American Dance Theater’s artistic director. An American Story, performed earlier in the program, was a lively ballroom dance. I was very glad to see this style of ballroom dance, a rather American one, have a place in this program. Denys Drozdyuk and Antonia Skobina performed it with joy and technical command.

The night left me contemplative, but also inspired and hopeful. It was a treat to experience this tapestry of American dance forms linked with advocacy on an issue facing contemporary America. To me, dance’s power for expression and taking a strong stand couldn’t have been clearer.