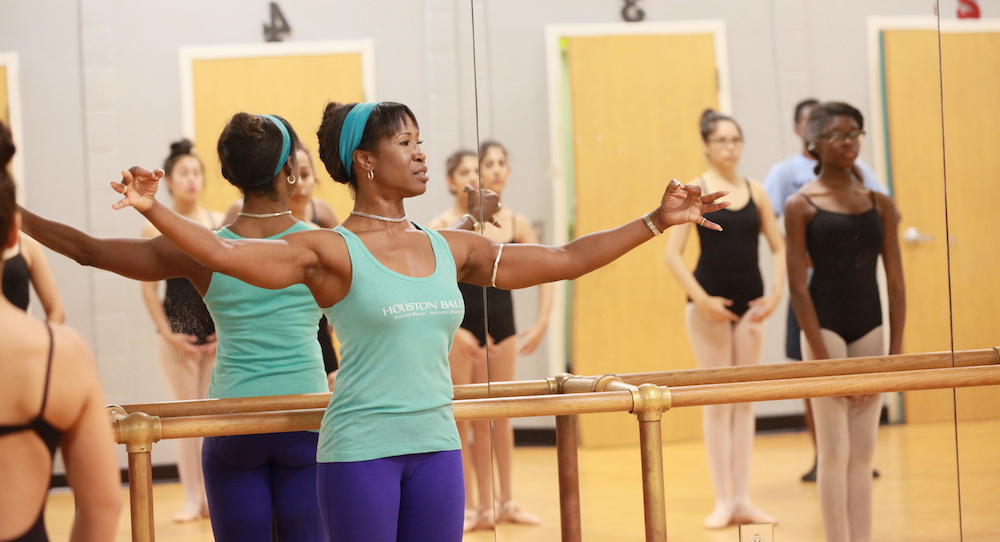 In 2015, writer, educator and former Dance Theatre of Harlem dancer Theresa Ruth Howard dropped a blog post boldly titled “The Misty-rious Case of the Vanishing Ballerinas of Color: Where Have All the Others Gone?” In it, she discussed the “mythologizing” of American Ballet Theatre principal Misty Copeland as a first in her field when in fact many black ballet dancers have paved the way for her success. The article sparked widespread conversation about the erasure of black ballerinas from the historical record and was the centerpiece of a Race and Dance panel discussion at the 2015 Dance/USA conference in Miami.

But Howard didn’t leave it there. She asked for a “roll call” of current and past black ballet dancers so “we can make the invisible visible.” The comment section flooded with names. The outpouring made Howard realize these names needed to be housed somewhere where the public could access and add to them. Just a few months later, she launched MoBBallet.org, a website that serves as a “digital museum” of archival materials, photos, memoirs, stories and mini-documentaries. The site also includes a historical timeline that documents performances featuring black ballet dancers as well as black-owned schools and companies dating back to 1846.

Because the word “museum” is regulated in New York, Howard was not allowed to use it explicitly on her website. But her original intention for MoBBallet, a name that alludes both to the Museum of Blacks in Ballet and a groundswell of activity by one group, stuck. When she set out to create MoBBallet, Howard recognized her limited knowledge of black ballet history and aimed to fill in the gaps through crowd-sourcing. “We are only as strong as our stories,” reads a tagline on the website.

MoBBallet is a natural extension of Howard’s work at the forefront of diversity and inclusion in the arts, especially ballet. Her experience as a student-turned-professional-dancer-turned-teacher illuminated many of the barriers to racial equality she sees facing the ballet world today. “Ballet organizations can want to diversify all they want. If we don’t have kids to diversify them, it’s not going to happen,” she says. “You have to work from all angles to solve the problem.”

To address the problem, Howard expanded MoBBallet’s reach beyond the digital world with the announcement of the organization’s first annual Dance Education Symposium, to be held in Philadelphia, October 11-13, 2019. Hosted by Pennsylvania Ballet, the three-day event entitled “Inspiration, Education, Perspiration” focuses on the pipeline to professional ballet companies for black dancers. Too often, companies rely on the unfortunate but often valid excuse that they don’t hire dancers of color because those dancers don’t show up for auditions. Howard reframes the excuse as an opportunity to learn. She asks why: “Do they not feel ready, do they not feel comfortable, do they not feel wanted?”

Knowing the answer to all of these questions is often yes, Howard split the Symposium into two tracks: one for educators, one for students.

Studio owners and teachers will have the opportunity share pedagogical ideas, methodologies and curricula. In workshops and brainstorming sessions, they will learn how to build equitable partnerships with pre-professional programs and major ballet companies. If small studios are financially healthy and doing well, “then it can only help the pipeline,” Howard says.

In the application, students list their strengths and weaknesses, as well as their goals, and they receive personal feedback relative to those goals. As students take class, an experienced mentor or teacher will observe them and offer realistic and useful feedback. “If you said your goal is to get into Houston Ballet, let’s talk about what you need to do to get in,” says Howard. Or the mentor may redirect the student to another company they think is a better fit.

“I wanted to give black ballet dancers an opportunity to 100 percent feel seen,” says Howard with the acknowledgement that black students are often either hyper-visible or invisible in a class where very few other students look like them. With the Symposium, Howard hopes to create an environment where black students can receive honest feedback from black teachers and mentors who have been in their shoes, someone who knows “you have to be twice as good to get half as much.”

The Symposium will also include townhall meetings that focus on the positive. Too often, she says, the focus is on the struggles rather than the artistry of ballet. “I want to know what it was like for Lauren [Anderson] and Debra [Austin] to create certain roles,” Howard expresses. “I want to talk about the thing that we love.”

For more information on MoBBallet and the upcoming Symposium on October 11-13, visit mobballet.org.