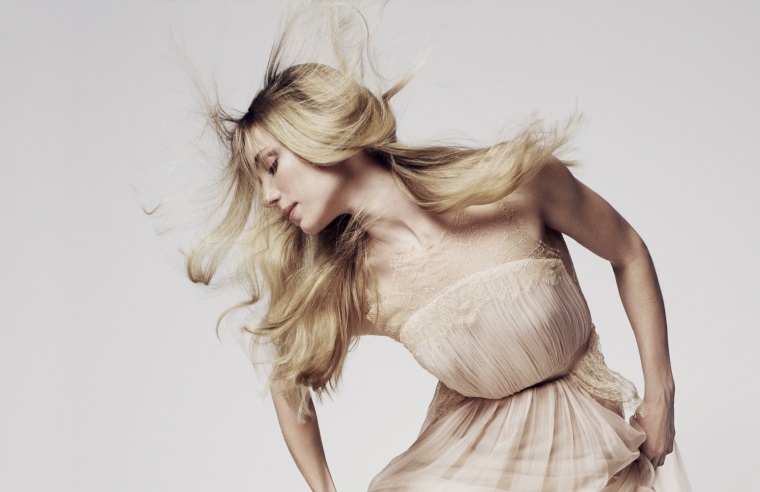 She’s been a principal dancer with New York City Ballet for 10 years. She’s become a muse and an inspiration for choreographers and has performed all over the world. She’s even jetéd over to the more modern dance scene and has collaborated with Jodi Melnick, performed an Isadora Duncan tribute solo at Fall for Dance, was a special guest of Paul Taylor American Modern Dance, and will perform as part of Night of 100 Solos this April for the Merce Cunningham Centennial. So it’s clear that Sara Mearns is always up for a challenge, and something new. Next up for her this month is a leading role in her first musical (and speaking role), Rodgers and Hart’s I Married an Angel, to be presented as part of the 2019 Encores! Season at New York City Center. 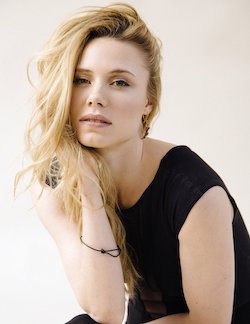 And to make it even moreinteresting and special for the amazing artist, her husband, Emmy Award-winning Joshua Bergasse, is directing and choreographing the show, and has created new dances for Mearns in her role as the Angel. Here, Dance Informa speaks with Mearns about her role in the 1930s musical and what it’s been like working so closely with her husband in the studio.

How would you describe the story of I Married an Angel?

“The story of I Married an Angel is one about love, honesty, happiness and compromise. It’s set in the ‘30s in Budapest, centering around a jilted banker who is disillusioned about love. He is so unhappy that the only way he would marry is if it was an angel…cue harp! The angel appears, and they fall in love instantly! The play then goes on twists and turns on how the ‘rules’ of heaven don’t work on earth and compromises must be made of the Angel and banker to be able to stay together. In the end, both learn a lot about being a human and about telling the truth, for better or for worse.”

This will be your first major acting role! How have you been preparing, and why are you excited for the opportunity?

“My husband and I have been talking about doing this play for about three years now! I knew this would be my next thing to conquer, talking on stage! I’m not so nervous about the acting; I’ve done that since I was little with dance. It always felt natural to me to act on stage, no matter what the role, and I never had to think too much about it or plan it. But when I have to add words to it, it’s a whole other ball game! I have an amazing acting coach who has really gone through the baby steps and knows how dancers approach something like this. It’s very different than how actors do. We are more physical and have to get up and move all the time, and then it makes sense!”

Your husband, Joshua Bergasse, is directing and choreographing the show. What’s it been like to work together? Any pros and cons of working with your husband in this capacity?

“Josh and I haven’t done too much together. We made a small Broadway piece together five years ago for a festival but nothing since. Ironically, when we met is when we were supposed to do a huge project together, but it never happened. I think it’s very exciting for both of us. He is learning a lot from me and me from him. We respect each other’s work so immensely that to be in the room with him when it’s all happening is so cool for me. Of course, there will be tense moments, but that’s in any process with any collaborator. The trick with us is not bringing it home, and to know we are us, Josh and Sara at home. I’m his wife.”

Josh will be creating new dances for you in this role. What’s that like? Does he choreograph his ideas on you, or is it more a collaborative effort?

“What’s so fascinating is that I never see him work on his steps ever! He does it all in his head and then when he gets to the studio, he spits it out and somehow it all works! He has certain dancers that he creates with because they get him, and he feeds off their creative skills. It’s been very collaborative in the studio, and since he doesn’t work a lot in pointe shoes, I think it’s fun for him to see what can be done! I like to say that I’m helping him with ballet, although he comes to see me dance a lot and loves Balanchine choreography, so he is already inspired.”

How do you feel about returning to City Center in its 75th anniversary season, where you’ve performed in various productions over the years?

“City Center is definitely my second home in New York. I’ve done five Fall for Dance Festivals, all being new works. I’ve done The Red Shoes there and the Balanchine Festival, plus the Vail Festival and many Studio 5 events. It’s a very creative space for me to explore and go out of my comfort zone. They have been so nice and generous with me over the years. I feel like this show is a culmination of everything I’ve done there; I don’t know how we can top this! It’s also a huge honor to be such a huge part of their institution’s history. Such an iconic New York place.”

What are you most looking forward to about performing in I Married an Angel? Is there anything you’re nervous about?

“I look forward to working with some amazing actors and musicians! It’s such a different working environment than I’m used to, and I can’t wait to see it all. I think I’m most nervous about remembering my lines in the moment when I’m so wrapped up in the scenes. My muscle memory is so good now with my body, but I have to work on it with speaking! I’ve learned all my lines, but it’s about running them in time with everyone else. No pressure!”

What do you hope viewers take away from the production?

“I hope the audience takes away joy and love from this show. It’s definitely from a different time period, but it’s still about real people growing and becoming better people than they thought they could be. It’s a really funny show, too; the jokes are so current and so good that I laugh out loud just reading the script. It’s also about being honest and that honesty and loving people for who they are is the best way forward.”

What’s next for you after this? Any more acting, you think? Has it sparked an interest?

“I’ve always known that I like acting; it’s always been there. Like I said before, I love acting on stage now without talking, so it’s only natural I would like it with talking! I don’t have any huge plans in the works just yet, but it definitely has sparked an interest and my acting coach is pushing for it, so we’ll see. Let’s just get through this first! I have so many other big dance projects planned for the next two years that I can’t pack anything more in!”

Rodgers and Hart’s I Married an Angel will be presented at New York City Center from March 20-24. For tickets and more information, visit www.nycitycenter.org/pdps/2018-2019/I-Married-An-Angel.