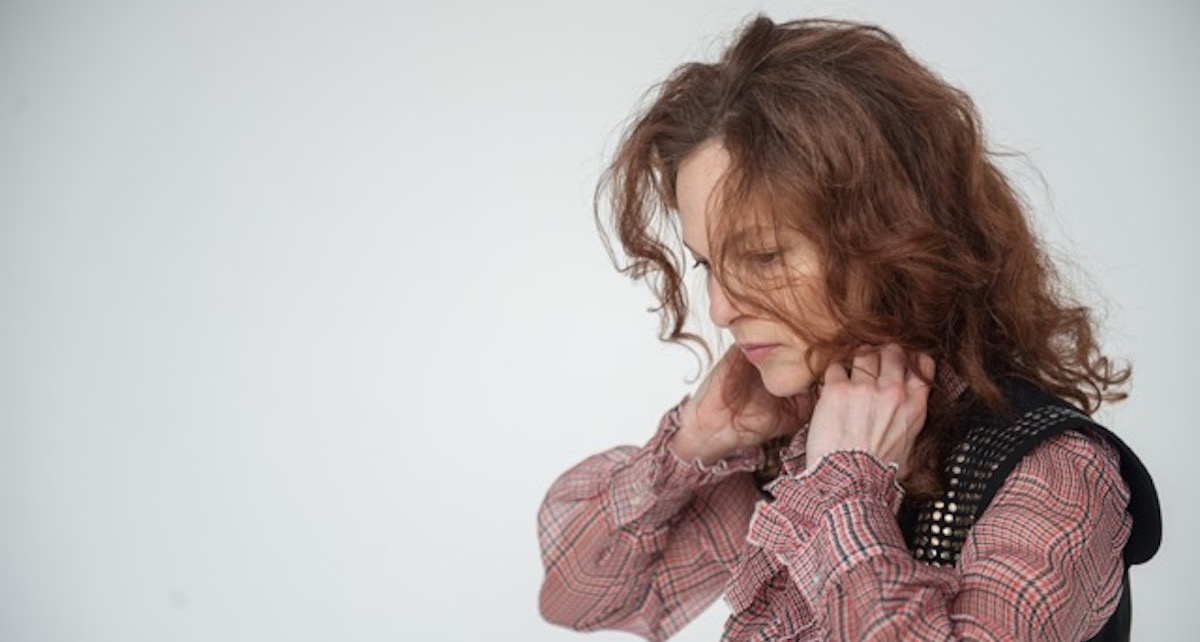 People nowadays are all too likely to stay in our “circles”, so to speak, joining and working with those who think and act like we do. Psychologists call this “confirmation bias”, the tendency to surround ourselves with others who have similar views, interests and behaviors. Some people, however, have the intellectual curiosity and bravery to venture outside of that comfort zone. All of that certainly plays out with artists; many only create with those who make work similar to their own – but some are courageous enough to explore their art with others whose standard creative output isn’t like their own. Jodi Melnick and three New York City Ballet Dancers – Sara Mearns, Gretchen Smith and Jared Angle – are four such artists. 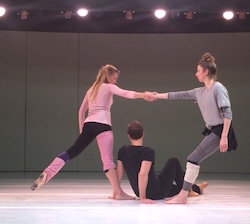 Mearns and Melnick first interacted at Danspace in New York City in March 2015. The former is an acclaimed New York City Ballet dancer. The latter is an independent choreographer whose work has been described as “pedestrian” and “minimal”. Mearns wanted to work with Melnick after seeing her dance. “When I watched her move – glide around the floor with such assurance, confidence, grace – I knew that I had to go deeper into what her process is and who she is as an artist,” she recounts. Melnick describes at first being slightly hesitant to work with professional ballet dancers because “it’s not what I do”, she says.

She agreed to choreograph with these dancers under the clear understanding that she would work as she is accustomed to, that being who she is an artist. Mearns said that’s exactly what she wanted to be involved with, Melnick explains. Interestingly, Mearns remembers Melnick having a “willingness to draw her into her world and way of working”. Clearly, there was commendable generosity and humility from both parties.  And so it began – Mearns, Angle and Smith began making work to premiere at Jacob’s Pillow in October 2015.

Mearns describes how the space at the Pillow became an important part of the work, simply through Melnick’s way of working. “[Jodi] tells us that all the space around us is a part of our movement,” she explains. “Not just what’s in front of us. The walls, the floor, the lights, the curtains, the ceiling, everything. So we used that at the Pillow.” The trio will perform another installment of their work at New York City’s Guggenheim Museum on November 13 and 14.

Also as a new way of working for the trio, yet entirely natural to Melnick, is the “giving of agency” to dancers when choreographing. “They are contributing bodies, minds, spirits,” she affirms. Melnick describes having an idea, and from that asking the dancers to try a certain movement as a result, and then maybe three other things. Together, they find what resonates in the dancers’ body and in the work. Mearns claims that “Jodi brought (Jared, Gretchen and I) to a new level of authority within ourselves” through this way of working. 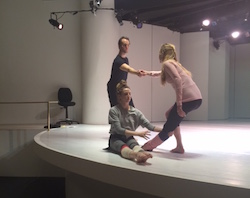 Another new outlook that Mearns feels that she gained from working this way is what meaning and “a story” can be in dance. Melnick describes not “looking for meaning….[because] it’s in the body – a lifting of the arm, a shift of the head”. Mearns recounts that Melnick told them, “You can respond to movement, but don’t comment on it.” Melnick describes this as purposefully being minimal, paring down and leaving virtuosity behind. “When [virtuosity] is gone, what’s left?” she asks. Mearns describes how her professional movement is very “outward”, to the audience and to her partners. Working with Melnick, however, taught her how to look inward – to feel the movement that’s inside her.

She now sees how there’s a story in movement itself, just as Melnick contends there is. “Don’t add a story, just be you,” Mearns affirms. “You already have a story by being you.” We certainly all have our stories, and our different ways of telling them. For many of us, unfortunately the result is that we only engage with those who have similar stories – similar histories, similar beliefs, similar ways of being in the world. But some of us, like these four artists, have the courage to reach out to those who might tell a different tale. They can show us all that we don’t have to fear venturing beyond what is comfortable, what we know well. Like with these four, the result just may be that we create valuable new stories – in art and otherwise.