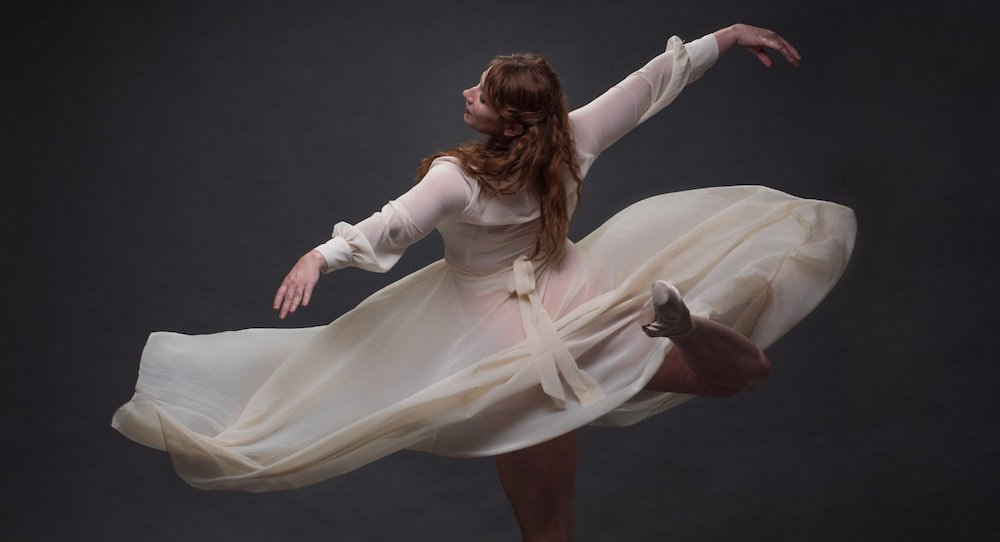 “Out of adversity comes opportunity,” goes an old saying. Carolyn Paine, director/choreographer of CONNetic Dance (Hartford, CT), seems to have found the truth of that statement firsthand with her experience of getting injured and then recovering. She attests that it was very difficult to have to stop dancing while she healed, but the time and mental space that opened as a result allowed her to foster other passions and meaningful connections. In this second installment of a series on handling injury, Paine shares her experience getting injured and how she overcame it. 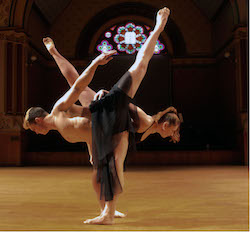 In what seems like a cruel twist of fate, Paine fell on ice and broke her ankle three days before the opening of her company’s 2017 The Nutcracker Suite & Spicy – while picking up costumes from the costume designer. She knew right away what had happened, she recounts. “I sat there on the cold, hard ice-covered ground and had a rush of emotional agony as I realized I had broken my ankle,” she reveals.

After being rushed to the ER, she spent production week with her leg up in a cast. Thankfully, one of her best friends, who had taken time off from the 2017 season after having a baby, could jump into Paine’s role. Paine says that the cast and crew were incredibly supportive, and made everything run smoothly despite this turn of events, yet that it was still “so hard to have to sit there and not be able to be the director and leader I wanted to be, let alone not dance.”

After the show closed, she traveled to Boston, her hometown, in order to have her ankle surgically re-set — by Dr. Hans Van Lancker, who also works with Boston Ballet dancers and Boston-area athletes. Paine says that it was very difficult, as someone very active, to be on crutches and not bear weight.  Dr. Van Lancker’s calming, positive attitude helped her through this time, however. She describes how his confidence that she’d return to dancing eased her fears. Paine recalls, “Right before I went in to surgery, I was scared and asked him, ‘Be honest, realistically do you think I will be able to dance by spring?’ He smiled and said, ‘We can do that,’ and shook my hand to seal the deal.” This was a particularly big deal because the recovery period for this injury is typically longer.

Two weeks with a cast were logistically unpleasant, in everyday matters from bathing to sleeping. After the cast came off, Paine was to not bear weight for four more weeks but was cleared for Pilates, swimming and using a Theraband. At that point, six weeks after the break, she was cleared to walk with an ankle brace. “Walking again was so hard, almost impossible,” she recalls. “I limped badly, and I had no deep flexion. I couldn’t plié at all. It felt like my ankle was a foreign entity. I literally had to learn to walk again, bend my ankle, everything.” Yet she adds how her determination got her through. 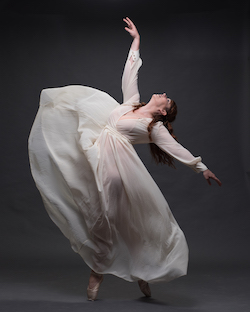 By March, she was back in class, starting with just the barre. “Even though I was weak and still had some problems with pliés and relevés, I was seeing for the first time that I really truly would be able to return to being the dancer that I was,” she says of that time.

In May, she ran a 5K, and she recalls it being amazing to not only be walking but running! “Training to run in that 5K helped me get some strength and bounce back I needed to approach jumping in a ballet studio,” Paine describes. She was constantly working on strength and mobility through various physical therapy exercises, which helped her focus on concrete goals and stay positive and energized.

Later that month, she danced as a guest artist with the Opera of Hansel and Gretel, with some adapted choreography, only five months after surgery. “The best moment was my first grand jeté!” she says. Now she’s back at it full-steam ahead, having most recently choreographed, produced and danced in her company’s 2018 Nutcracker Suite and Spicy. She says that she still experiences pain and swelling in her ankle, particularly when it’s cold out and when she’s been on her feet for a long time, as well as strength and mobility challenges. “But this is still normal for only a year later, and I am just so happy and incredibly grateful to be able to be back dancing,” Paine says.

Paine shares that after this experience — the injury, rehab and recovery — she’s rediscovered her love for dancing. “Being back in the studio felt like such a gift again,” she says. “No matter how much it hurt or how tired I was, or how long rehearsal was, I just felt so happy and lucky to be there.” The obligatory time away from dancing additionally allowed Paine to deepen her work within her other interests and jobs — including stand-up comedy, acting, filmmaking and political activism. “Getting to develop my voice politically at this time was empowering, especially beneficial because being injured can make you feel powerless,” Paine affirms.

Crutches didn’t stop Paine from doing gigs and comedy sets or do the radio show on WNPR on which she’s a regular, nor did it keep her fully out of the studio; she continued to teach ballet classes while on crutches. And big things were happening for her all the while. For instance, her short comedy film won at the International Comedy Festival in California. 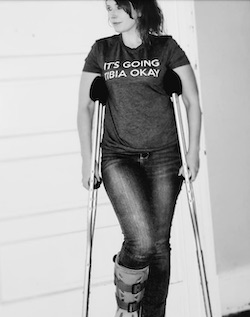 Another aspect of life that grew for Paine during these time were social ties. She saw people in her life really step up to support her through this tough time. “All of my friends and family were tremendous support systems throughout this,” she shares. “They cried with me, laughed with me and did so many things to help me out when I needed it,” Paine recounts. In particular, her friendship with her roommate, Alex Zarlengo, deepened, as he also experienced injury around the same time. “We really became strong support systems for each other,” she says.

Paine also thinks that she’ll be “a great asset from now on to other students going through a recovery process following injury.” In fact, she recounts how one of her students at Ballet School of Stamford had a similar ankle surgery right around the same time as she had hers, and that she “was so happy to be able to be a real support for her, and to help guide her and inspire her as she went through the frustrating process [of recovery].”

This past summer, Paine choreographed and performed a pas de deux with Zarlengo, her “fellow newly healed dancer,” she says. “The piece was inspired by our transformative experiences and finding our wings after being broken.” Paine titled it Metanoia, meaning “a transformative change of meaning, especially a spiritual conversion”. Paine shares how performing the debut of that piece at a dance festival was a special way to “artistically express the journey” of her recovery. Getting injured and recovering from it was clearly no easy time for Paine. Yet what she found as a result are things to not only recognize but also to treasure. Either way, she dances ever on.