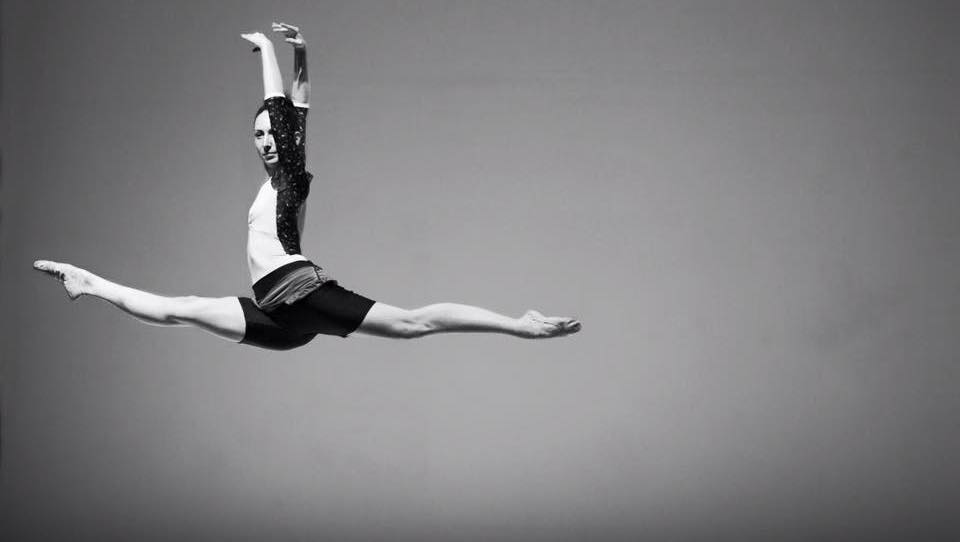 Evidently enough, when dancers get significantly injured, their body needs to heal before they can get back at it again. What may be less apparent are the social, emotional and mental challenges that can occur from being forced to take time away from dancing. Injured dancers can find themselves distanced from close dancing peers, frustrated at everyday functional challenges and with a constant dull ache of missing dancing.

Dance Informa spoke with three dancers who’ve been there and back again to learn more about these challenges, and what it’s like to overcome them. Here’s the first in a series describing the experience of living through, and overcoming, injury to dance again. 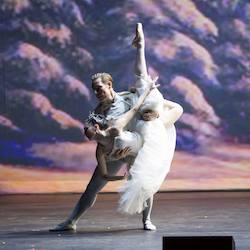 Kimberly Giannelli, greater NYC-based ballet artist and vice president of In the Lights PR, shares that “at the end of 2017, I felt like I was falling apart. I had been battling a heel spur that made it near impossible to walk, let alone roll through my feet properly in pointe shoes or jump without pain or weakness.” Ongoing problems with her top rib and sternum were also significantly limiting mobility in her neck and upper back.

Giannelli was also feeling burnt out from working seven days a week. Rather than a source of respite, going to class became a “painful chore.” Unable to get through a whole class, she found herself “quickly falling out of love with dancing,” and says, “It hurt my body too much physically, and that pain crept into my spirit.” All this led to her beginning to no longer identify as a dancer, which she says was “the weirdest part. I was going through sort of an identity crisis, I guess.”

Then came a call from Marilyn Klaus, director of Ballets With a Twist, which Giannelli had danced and toured with for almost a decade. Klaus wanted to check on her as well as express that she hoped Giannelli would be up for dancing a role she had danced many times before, at a venue just minutes from Giannelli’s home. Giannelli said yes, because she wasn’t sure what else to say, she recounts.  “I had made up my mind that I was done with dancing. It felt like I didn’t even miss it and all that came with it. But I missed my friends and the dance family I have built throughout my professional career.” 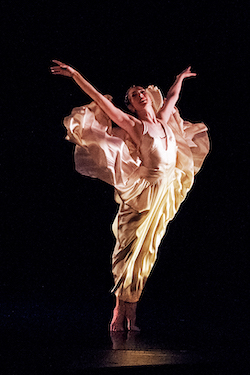 Kimberly Giannelli. Photo by Nico Malvadi, Ballets with a Twist.

When Giannelli got back into it, it didn’t feel quite right at first. “I was nervous and doubted every count and step. I didn’t recognize myself,” she says of that time. “My body felt like it wasn’t mine. It’s amazing what 10 months away can do to undo a lifetime of training.” Although a key part of returning to dancing was for her dance community, she found that “there were new dancers in the company that I didn’t know. It felt like my family had moved on without me.” Giannelli adds that this social change “solidified my decision that I was really done, because it didn’t make me feel happy or alive the way it used to.”

Then, “something happened,” she says. Without an appearance on the stage in the near future, she felt like “a weight was lifted off my shoulders….and something inside of me shifted.” She felt a desire to get back into shape, and was in class almost daily through the fall and summer of 2018. “I went back to class like I had done a million times before — but this time I was doing it for me,” says Giannelli. She let go of self-judgement and preconceptions about her dancing.

“I asked questions about technique, mobility and aesthetic, [and] I felt like a true student again.” She describes falling back in love with dancing, and the “bond felt genuine because it was authentic.” In September, Klaus called her again about a performance opportunity in December. This time, Giannelli would be dancing a new role “with a new partner in a slow and steady pas de deux”, in a very classical piece. “Challenge accepted,” she affirms, feeling “ready, strong and open and excited to learn something new.”

Giannelli describes enjoying the process of dance-making just as much as performing – dissecting the nuances of port de bras, rolling up to full pointe and the like. “It felt as if I battled some strong demons of self-doubt and I had won,” she asserts. Giannelli guested in a Nutcracker performance this past season, and “my face hurt from smiling so much and it wasn’t even a fake stage smile; it was really my true self shining through.” 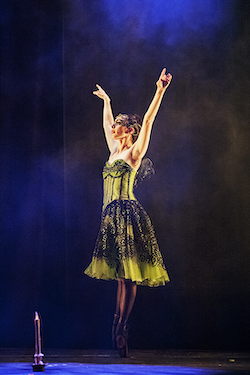 Kimberly Giannelli. Photo by Nico Malvadi, Ballets with a Twist.

Looking back now, she sees the most difficult part of this whole process as losing touch with what most mattered to her, and her true identity itself. “I let my insecurity take control,” she explains, letting “my age define me and the expectations of when I should or shouldn’t be dancing anymore.” At the same time, “stepping away made me realize how much I love to dance,” Giannelli affirms. “I have let go of so much, and in letting go, I have gained so much.” She describes feeling fulfilled, happy and inspired.

As time passes, she’s more thankful than ever for every moment she gets to dance. “I think I needed the adversity to stop taking for granted how lucky we [dancers] all are,” she says. Just as with every dancer who experiences injury, she couldn’t have chosen or not chosen to face that adversity. Every injured dancer’s story is different, but there are common threads of these challenges, and the potential light at the end of the tunnel. That light can be brighter than it was in the beginning — with renewed passion, intellectual curiosity and more. Dancers are also conditioned to have the inner strength to travel through that dark tunnel to see the light at the end, as well as to have the love for the art form that can keep them going toward that light.

Stay tuned for our following stories of overcoming injury!